“Barefoot, but with a machine gun”: on the net they are ironic over the staged photo of “heroes of the PNS” in Libya 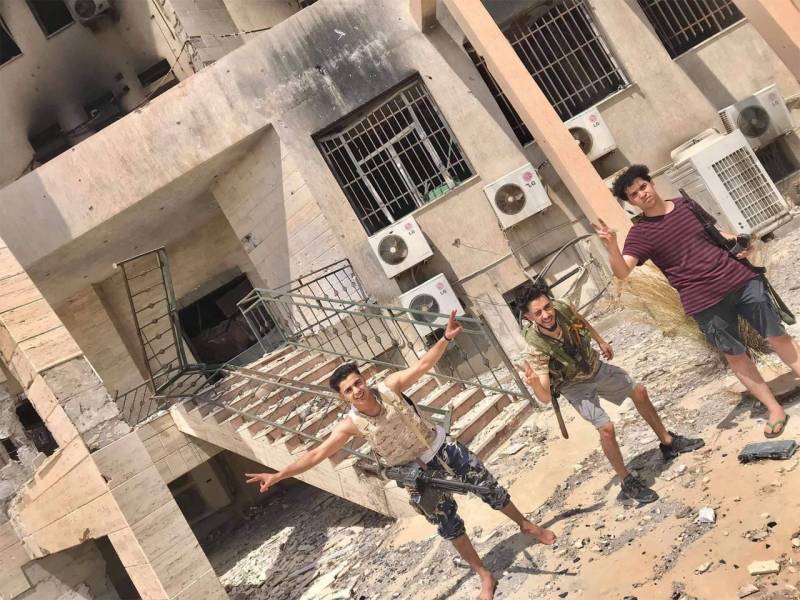 Photos published on the network by representatives of the so-called Libyan National Accord government forces are ridiculed by military experts and ordinary users. In the photographs next to the dilapidated infrastructure destroyed by the Libyan national army equipment, young people are posing in the best (from a combat point of view) case with a small arms weapons in hand. At the same time, captions for photos on social networks of the PNS are distinguished by special bravado.

It was they who defeated the forces of the renegade Haftar.
Young Libyan guys skillfully resist a powerful force that has foreign weapons and equipment, including military Aviation.
In one of the photos there are three “heroes” of the PNS. Of these, two are in shoes, and one of them has rubber slippers on its feet, which are often called “flip flops” in Russia.

The most brutal is the one on the left. Hanging a Soviet-made machine gun around his neck, he offers to believe that he “destroyed the enemy barefoot” a few seconds ago. And he ran around the territory of the scorched object, studded with fragments of concrete and metal fragments. Moreover, none of the “heroes” even has a scratch, not to mention traces of more serious injuries.

Even Turkish users are ironic over this photo, most of which, as you know, PNS supports. A few comments in the Turkish segment of social networks:

Barefoot, but with a machine gun
As I understand it, these are Tripoli's most combat-ready forces. Production photo

Meanwhile, there are reports of the use of Khalifa Haftar Air Force aircraft against the accumulation of PNS equipment. South of Tripoli, near Al-Karabuli, an air convoy destroyed a convoy of vehicles with weapons.

Ctrl Enter
Noticed oshЫbku Highlight text and press. Ctrl + Enter
We are
“LNA chances of success are zero”: a review of the foreign press about the defeats of Haftar in LibyaNikolai Nikiforov: “The model for managing the Internet infrastructure should be multilateral
Military Reviewin Yandex News
Military Reviewin Google News
26 comments
Information
Dear reader, to leave comments on the publication, you must sign in.