New 59N6-TE radar: what is it and which countries can buy it 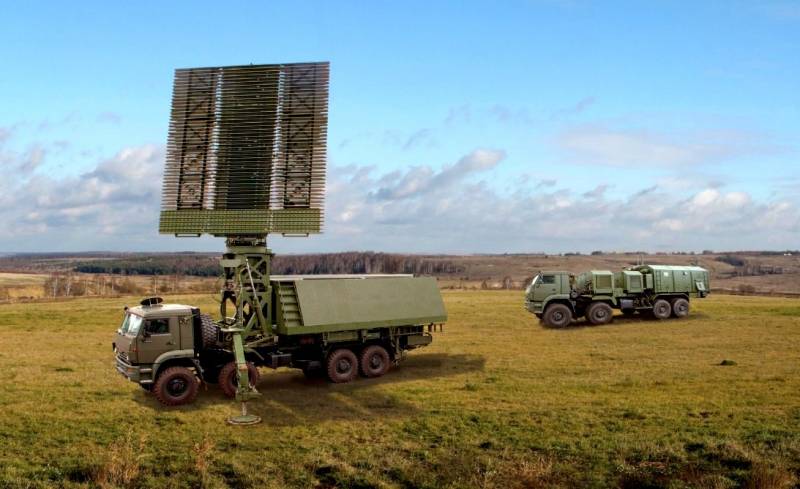 Russia intends to launch a new 59N6-TE radar station on the world arms and military equipment market. Its characteristics, including the ability to detect hypersonic targets, can really interest foreign buyers.

Basic characteristics of a radar station

The station will enter the international market, said the director general of Rosoboronexport, Alexander Mikheev. What is the latest radar station? Radar 59N6-TE was developed and manufactured by JSC FNPC NNIIRT. It measures the range, azimuth and altitude of an airborne object and can detect objects flying at a speed of up to 8 thousand km / h at a range of up to 450 km and an altitude of up to 200 km.

The new radar station is able to work in conditions of interference, to direct directors of active noise interference. At the same time, the station can accompany up to 1 thousand objects, recognizing eight different classes of targets.

Among the objects that the radar can detect are hypersonic, aerodynamic and ballistic targets. The station also warns the calculation of the danger of hitting missiles. The radar 59N6-TE has equipment for the recognition of detected objects in the international radar recognition systems Mk-XA and ATC RBS. 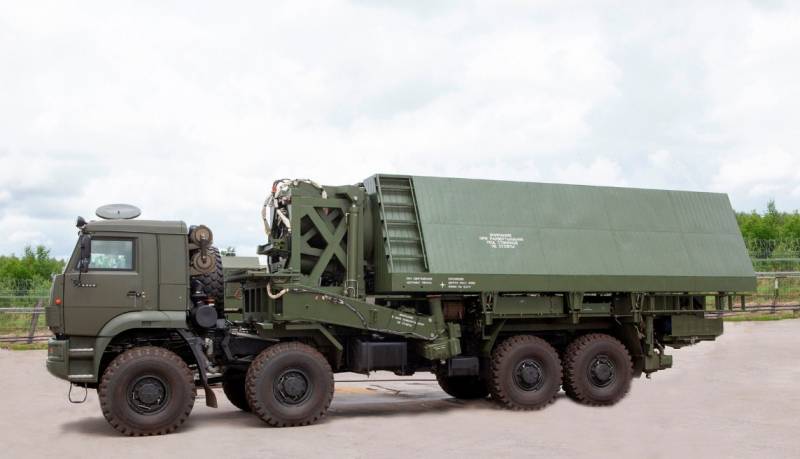 Photo: Rosoboronexpo
The 59N6-TE radar includes an antenna-hardware complex and an indicator post. placed on the KAMAZ-6560 automobile chassis. In addition, the radar can be placed both on one car chassis, and in the form of a stationary object.

A big plus is the ability to place jobs for radar operators at a considerable distance from the indicator post, which increases their safety. If the connection is via fiber-optic communication lines, then the operators can be removed from the radar by a distance of 1 km, and if by radio - then up to 15 km.

As you know, Russia occupies a leading position in the world in the development of air defense systems, as evidenced by the popularity of Russian air defense systems among foreign buyers. The presented radar also meets current trends in the development of radar surveillance and reconnaissance and will undoubtedly arouse interest in other countries.

As more attention is now being paid to the development of air defense systems, the demand for radar stations, especially those that are capable of working on hypersonic targets, is also increasing. After all, with the improvement weapons attacks, including attack drones, cruise missiles, fifth-generation aircraft, the effectiveness of air defense depends on the operational detection of potentially dangerous objects.

The forecasts regarding the foreign demand for the 59N6-TE radar are rather optimistic. Potential buyers of the latest radar can include Russia's traditional partners in the military-technical sphere - the countries of the Asia-Pacific region, the Middle East, and North Africa. So, in the fall of 2019, Resonance-NE radars were sold to Egypt, some sources write about the acquisition of Russian radar systems by Algeria. This North African country is also a very long-standing and regular buyer of Russian weapons, almost the entire air defense system of Algeria is based on Soviet and Russian military equipment.

It is likely that Egypt, Algeria, and, after lifting the arms embargo, Iran, may also be among the buyers of the 59N6-TE radar. But besides these traditional partners of Russia, it is possible that there will be an interest in the latest development by Saudi Arabia and the United Arab Emirates, which in the context of complex relations with Iran and the war in Yemen with the Hussites need to increase the effectiveness of their air defense, including the radar component. The latest radar in this case will be a good find, allowing you to timely prevent attacks by unmanned aerial vehicles and cruise missiles.

In any case, the launch of the new radar station on the international market is a great success: Russia confirms the image of one of the main manufacturers of radar systems for air defense forces. In addition, contracts for the purchase of military equipment of this class are always financially advantageous.

Ctrl Enter
Noticed oshЫbku Highlight text and press. Ctrl + Enter
We are
Situational analysis of the death of the MH17 flight (Malaysian Boeing 777), made on the basis of engineering analysis from 15.08.2014Syria: Americans scare themselves, and Asma Asad buys chairs
Military Reviewin Yandex News
Military Reviewin Google News
45 comments
Information
Dear reader, to leave comments on the publication, you must sign in.