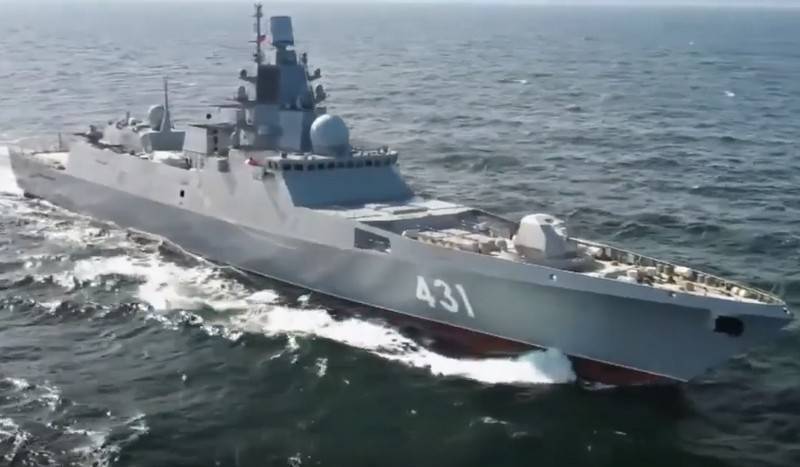 The first serial frigate of project 22350 Admiral fleet Kasatonov "left Baltiysk to continue passing the final stage of state tests. This was reported by the press service of the Western Military District.

In the marine ranges of the Baltic Fleet, the ship’s crew together with industry representatives will check the operability of the ship’s weapons at sea. At sea, the frigate’s crew will carry out a number of anti-submarine missions in collaboration with the Baltic Fleet project 20380 “Stable” and “Stereguschiy” corvettes
- said in a statement.

It is stated that at sea ranges of the Baltic Fleet, ships will practice combat operations by a tactical group against a conditional enemy submarine using anti-submarine weapons and anti-torpedo protection.

In early April, the Severnaya Verf shipyard press service reported that Admiral Kasatonov had begun the final stage of state testing. The ship will conduct final tests in the Baltic Sea, after which it will return to the Severnaya Verf Shipyard to conduct an audit and prepare for transfer to the Russian Navy. The press service explained that, taking into account the state tests, the transfer of the frigate could take place in late May - early June. The customer is not informed about the postponement of the delivery of the ship.

We are in Yandex Zen
Corvette "Resistant" passed state tests
The Northern Shipyard in May will launch the third serial Corvette of the 20380 project "Resistant"
53 comments
Information
Dear reader, to leave comments on the publication, you must to register.