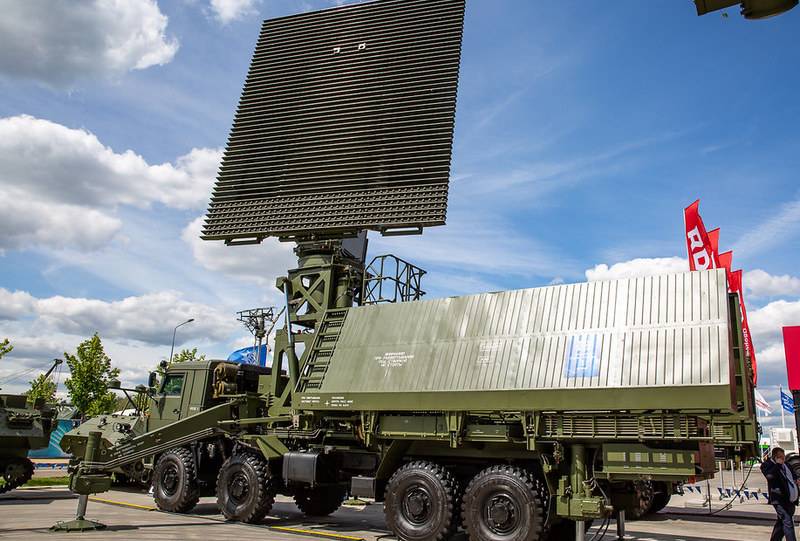 Russia is launching a new radar station capable of detecting hypersonic missiles on the foreign market. According to the press service of Rosoboronexport, the company offers foreign customers the 59N6-TE radar station.

(...) brings to the foreign market the latest radar station capable of efficiently detecting a wide class of modern and promising air targets, including hypersonic targets
- the press service quotes the words of the general director of Rosoboronexport Alexander Mikheev.

According to the report, we are talking about the mobile three-coordinate radar station 59N6-TE, which is a medium and high altitude radar and operating in the decimeter range.

The radar is capable of detecting targets flying at a speed of up to 8 thousand km / h at a range of up to 450 kilometers and an altitude of up to 200 kilometers. In real time, the station determines 8 classes of targets and simultaneously accompanies about 1 thousand objects. There is equipment for the recognition of detected air objects in the international radar recognition systems Mk-XA and ATC RBS.

In addition to hypersonic targets, it also effectively detects aerodynamic and ballistic objects
- declared in Rosoboronexport.

All radar equipment fits on two vehicles. The FSUE "Nizhny Novgorod Research Institute of Radio Engineering" was developed, and Almaz-Antey Concern for Air Defense is produced by it.

The highest demand for the new station is expected in the countries of the Asia-Pacific region, the Middle East and North Africa.

Ctrl Enter
Noticed oshЫbku Highlight text and press. Ctrl + Enter
We are
Sergey Chemezov: Rosoboronexport is steadily increasing sales of military productsRussia moves to the production of its own matrix for the manufacture of thermal imagers
Military Reviewin Yandex News
Military Reviewin Google News
64 comments
Information
Dear reader, to leave comments on the publication, you must sign in.