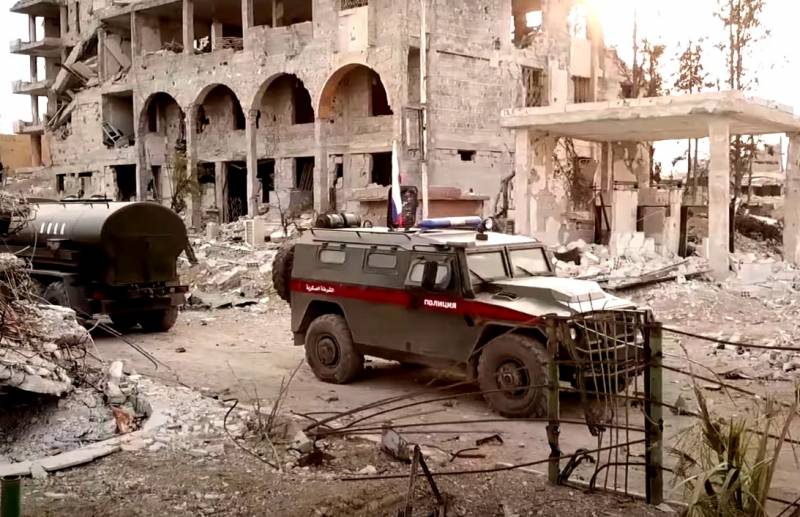 Recently, foreign media have increasingly written about the "black line" in relations between Russia and Syria. Allegedly, Moscow has accumulated large claims against Bashar Assad. But is it really so?

If we put aside officialdom, then Syria really acts in relation to Russia in the role of a “client state”. Bashar al-Assad owes to the fact that he is still in power, and maybe because he is still alive, exclusively Russian military, political, financial support. If only Iran were on the side of Damascus, Assad would have long lost the civil war.

But Russia takes a corresponding fee for its great help: these are military bases in Tartus and Hmeimim, these are contracts for Russian companies, this is the growing influence in the Middle East. Moscow helps Damascus, but also solves its problems. And there is nothing wrong with this: all the participants in the protracted Syrian conflict, from the USA to Turkey and Iran, do so without exception. However, the Syrian leadership may consider Moscow’s excessive influence as a threat to its own independence.

At some point, for Bashar al-Assad, the retention of Damascus and his power was in the first place, but now, with the successes achieved and thanks to Russian support, he sets as his task the preservation of Syrian sovereignty within its former borders and the restoration of control over the entire territory of the country. But it’s precisely these Assad’s aspirations that may conflict with Russia's policy in the Middle East: Moscow may pursue its goals that are not directly related to maintaining the Syrian president’s power over the entire territory of the country. Moreover, it is becoming increasingly financially heavy load.

What is dissatisfied with Russia

Indian analyst M.K. In The Asia Times, Bhadrakumar writes about the possible disappointment of Vladimir Putin that military victories did not lead to a political settlement in Syria, but even more important is the fact that Russia is not able to solve the tasks of reconstructing the nine-year-old brutal warfare of the Syrian economy, without attracting financial resources of the countries of the West and the Arab monarchies of the Persian Gulf. 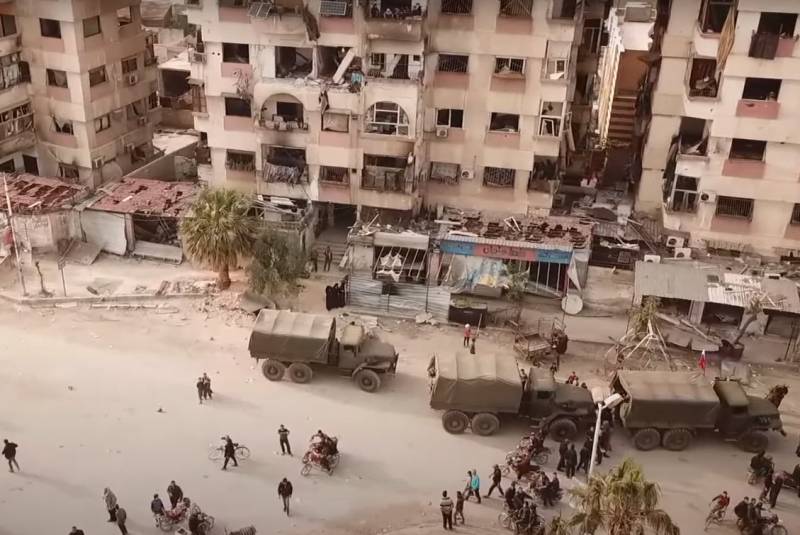 The third alarming factor for Russia, the conflict, as they say abroad, is due to the fact that the United States and Turkey impede the complete victory of Bashar Assad. Russia will not fight against the American and Turkish troops in Syria, respectively, and it is impossible to remove them by military means from the territory of the country. But in this case, Bashar al-Assad will never be able to regain control of all Syrian territories.

Separately, it is worth mentioning the Iranian factor, it can still be called ideological. In Tehran, Damascus is seen as part of a single axis of resistance to "world evil" in the Iranian sense, that is, the United States and Israel. This axis relies mainly on the Shiite population of the Near and Middle East, and since Bashar al-Assad and his entourage are Alawites (one of the directions in Shiism, if not to go into the nuances), Iran sees it as a natural junior ally.

In turn, in Damascus, for all the importance of Russian military assistance, they still clearly give preference to Iran. Russia is not Shiite Iran, Moscow does not have a religious and ideological affinity with Tehran or Damascus. In this situation, Russia would be much more profitable if the West and the Persian Gulf countries acted together with Moscow in the direction of resolving the situation in Syria. 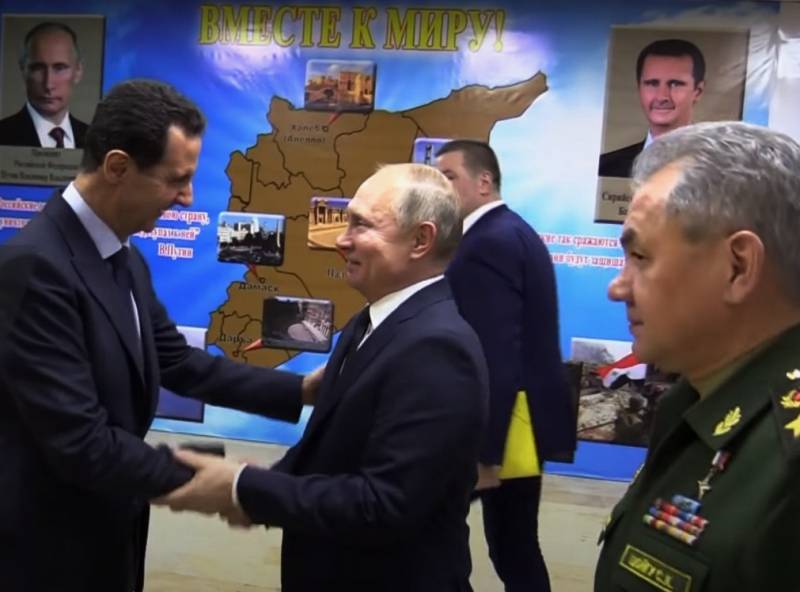 Moscow and Damascus are beneficial to each other

According to Bhadrakumar, the hopes of the Russian elite that the United States will establish a dialogue with Russia on the Syrian issue are not justified. After all, the main goal of the United States is to free the Middle East from Russian political influence, including the removal of Russian troops and military bases from Syria. It was not for nothing that the US special envoy for Syria, James Jeffrey, said that his goal was to make Syria a “quagmire” for the Russian troops, and then they themselves could leave the country.

Moscow also understands this, so it is unlikely that they will break off relations with Bashar Assad, regardless of the negative perception of his individual actions. After all, Assad and only Assad officially called the Russian army to Syria. In turn, it was the military presence of the Russian Federation in Syria that at one time allowed Moscow to return to Middle Eastern politics as a serious actor, and even develop relations with all regional powers, including not only Iran, but also Turkey and Saudi Arabia. Thanks to the Syrian war, interest in Russian weapons has increased, and from former American clients like Ankara and Riyadh.

As for Assad, he is probably dissatisfied with the too large, as it seems to him, the role of Moscow in Syrian politics. But the Syrian president’s hands are tied: it is impossible to rely only on Iran, without the help of Russia, his power will quickly end. However, it is difficult to disagree with the fact that relations between Moscow and Damascus may change for the worse, especially since there are different influence groups within the Syrian elite, including those who support a partial break with Moscow.