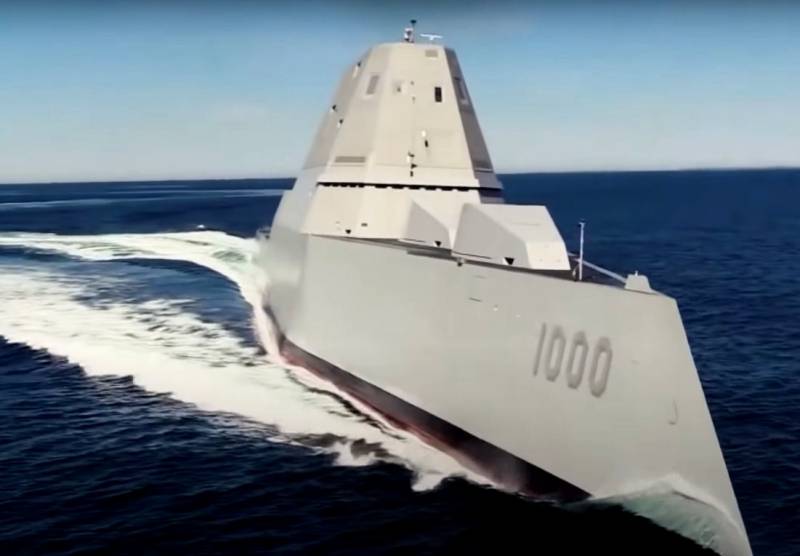 The new American ship Zumwalt conducted the long-awaited tests of its artillery weapons. The installation of new guns on the destroyer, which took place a little over a year ago, caused quite an active discussion. Now these guns fired for the first time.

We are talking about 30-mm Bushmaster guns, which were previously installed on landing vehicles such as San Antonio. Recall that at first the Zumwalt destroyers were going to arm with much more powerful 57-mm guns, but in the end they chose the Bushmaster. Almost all standard types of ammunition 30x173 mm, which are manufactured according to the standards of the North Atlantic Alliance, are suitable for these guns.

Tests of the new weapons of the destroyer were conducted on May 16, 2020 at a test site near Cape Mugu in California. The captain of the Zumwalt ship, Captain Andrew Carlson, said that the possibility of conducting systematic tests of weapons installed on the ship is related to the privilege of the ship as the first in its class.

Two Mk 46 Mod 2 Gun Weapon Systems (GWS) are installed on the helicopter hangar of the ship. Each Mk 46 Mod 2 is a remotely controlled turret with one 30 mm Mk 44 Bushmaster II automatic cannon. The operator uses the control console to aim. weapons, relying on the help of infrared video cameras, an integrated laser rangefinder inside the tower and other equipment. Such guns are effective against small surface targets, for example, enemy boats, especially if they operate in a swarm (by the way, according to tactics tested by Iran in the Persian Gulf).

Meanwhile, the artillery weapons of Zumwalt a few years ago was the subject of fierce debate within the US Navy command. At first, as we noted above, it was planned to install larger Mk57 110-mm guns on the ship. But in 2012, the naval command opted for the Mk 46 GWS, arguing that it was these guns that would be optimal for the destroyer.

Interestingly, the Mk 110 cannon has more advantageous characteristics: a greater firing range, a higher rate of fire, a wide range of ammunition used, including "smart" shells. That is, the installation of the Mk 110 would really improve the combat capabilities of the ship. In addition, the MK 110 would be more secretive when installed on a ship. For example, if you look at Swedish Visby class corvettes, the guns installed on them are practically invisible to the enemy. But the command stopped at the Mk 46 GWS. 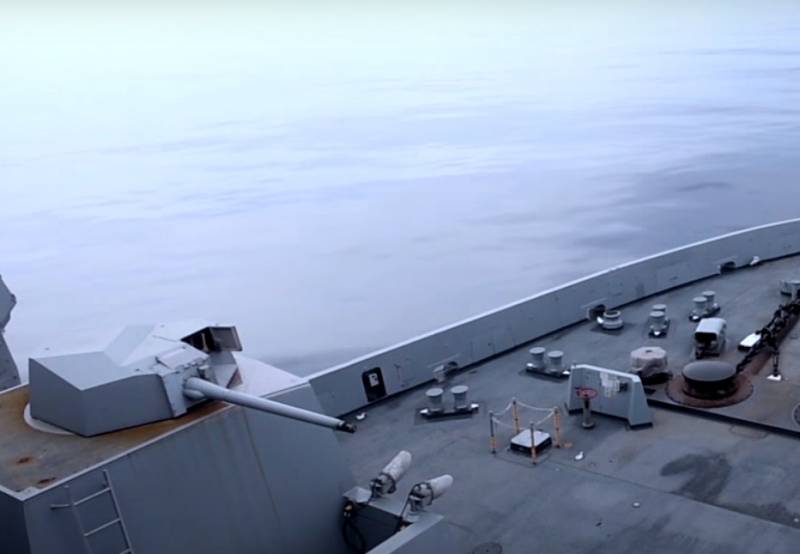 Apparently, financial considerations played an important role in making such a decision, since Zumwalt cost the US military budget so expensive. This decision, according to some experts, significantly worsened the stealth of the ship, although at first the US Navy very actively talked about the need to use the stealth factor for the new destroyer.

Now 30 mm cannons are also the only active weapons of large caliber Zumwalt. Indeed, in 2016, the Navy command canceled plans to acquire long-range long-range projectiles (LRLAP), paired with two 155-mm main guns of the destroyer. This decision was made after increasing the cost of shells. The U.S. Navy is studying other types of ammunition that could be used on main guns, but so far the main guns of the ship are not functioning.

The consequence of armament problems was the fact that the Zumwalt ship, officially commissioned by the U.S. Navy in 2016, was banned by the U.S. Congress for delivery until the armament systems were activated.

Tests had to wait four years and only now Zumwalt is gradually entering the US Navy. Despite the great future that American analysts predicted for him, the real Zumwalt destroyer, if you think about the four-year delay, continues to raise questions.

You can also take a look at an earlier video that shows how the Mk 46 cannon works.

Ctrl Enter
Noticed oshЫbku Highlight text and press. Ctrl + Enter
We are
Situational analysis of the death of the MH17 flight (Malaysian Boeing 777), made on the basis of engineering analysis from 15.08.2014Results of the week. “In our cooperative, the board is always agreed”
Military Reviewin Yandex News
Military Reviewin Google News
24 comments
Information
Dear reader, to leave comments on the publication, you must to register.