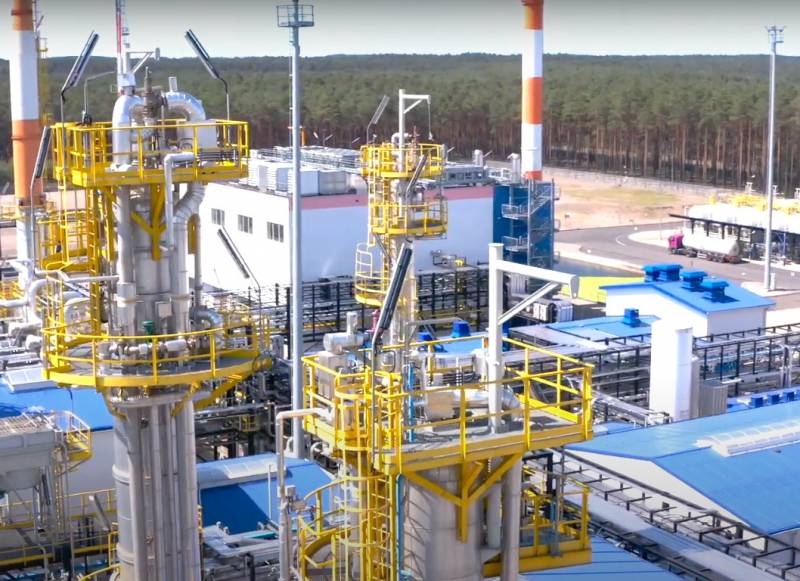 In Poland, they expect in the foreseeable future to completely abandon Russian gas. At the same time, Warsaw is trying to explain this refusal not only with political considerations, but also with the supposedly unreliability of Gazprom as a partner.

Of course, the Polish side cannot recognize that the rejection of Russian gas is dictated solely by the desire to please overseas patrons represented by the United States. Not solid, and in Europe they will not understand. An entirely different matter is to try to bring an economic justification for this decision. Therefore, in Poland, the allegedly high prices for pipeline gas supplied by Gazprom were called the main reason for the refusal.

If we do not take into account Norwegian gas, a pipeline for the supply of which has not yet been built, then the only alternative to gas from Russia at the moment is only American liquefied natural gas. A special terminal was opened in специальныйwinouj открытcie for LNG reception, after which Poland received technical capabilities to increase the supply of American gas.

As you know, LNG is more expensive than ordinary (pipe) gas, but Warsaw claims that Gazprom sold fuel to Poland at the highest prices in Europe. At the same time, the Polish side makes a reservation that if Russia had lowered gas prices and even made them dumped, this would not have freed Poland from certain political risks associated with the purchase of gas from Russia.

It has long been known that Poland, like Ukraine, has a very great hostility towards Gazprom. But the attempts to make the Russian natural monopolist an unreliable partner, in addition to everything else politically engaged, look rather ridiculous. So, the same Germans or French are able to conduct financial affairs just as well as the Poles, especially if we compare the level of economic development of Germany or France with Poland. But they are not going to refuse to supply Russian gas to Berlin and Paris, but that’s something, yes. Or does Poland have some kind of “benefit” incomprehensible to other EU countries?

Among other reasons for the rejection of Russian fuel, mentioned by Polish analysts, there is also a very funny reason - in Poland they believe that the proceeds of Gazprom from the sale of gas go to finance the Russian armed forces. 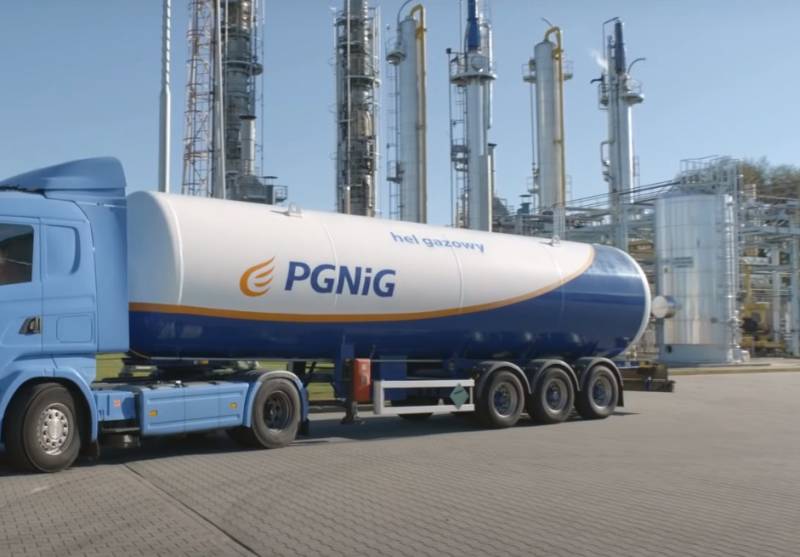 In particular, Petr Wozniak, who once headed the Polish oil and gas concern, warns compatriots: 20-30% of the money that they pay for gas goes to the needs of the Russian army. But what does it matter if Poland receives gas? After all, if you look from this point of view, then Russian gas is also used in NATO countries, which include Germany, for various defense tasks. So now, stop all economic ties?

The reaction of the Polish press and the public

Yakub Vekh, the author of the Polish edition of Defense24, in his attempts to explain the rejection of Russian gas, in the end does not find anything smarter than remembering the “capture” of Crimea, the “outbreak of war” in the Donbass, as well as the provocation in the Kerch Strait and the muddy stories with the poisoning of Sergei Skripal. Where is Skripal, and where is Russian gas and the interests of the Polish economy? But in the minds of the Polish gentry, everything was mixed up, any pretext would fit, just to demonstrate their loyalty and usefulness to the Washington owners.

Agnieszka Marcela Kaminska from Polskie Radio is happy to complete the contract for gas transit through the Yamal-Europe gas pipeline, although it’s still not able to explain sensibly what Poland’s benefit is. The editor-in-chief of the Business Alert portal, quoted by her, Wojciech Jakubik, also discusses the reduction of political risks and believes that Gazprom will have to make very large concessions in order to maintain significant supplies to Europe. But is it really so?

By the way, the Polish audience, usually distinguished by its “victorious” moods, perceives the idea of ​​abandoning Russian gas rather carefully. This is understandable: one thing is demagogy about the “power of the Polish weapons", And another thing is gas, because it’s in the kitchen, and you have to pay for it from your wallet. And gas is the development of industry. Because they think about the consequences.

Russian gas for Poland is a drop in the bucket, this volume will be sent to China or other European countries. But what peace will be with Poland? Poland will pay billions for so-called independence,
- Someone writes ettas.

Another commentator recalls that the purchase of Russian gas fits into the model of energy diversification, so the contract with the Russians is still worth signing.

Stop making ideology out of it! Buy where it's cheaper, that's all
- Another user is indignant, and someone rmarcin555 recalls that American LNG and Norwegian gas will still cost more than Russian.

Ctrl Enter
Noticed oshЫbku Highlight text and press. Ctrl + Enter
We are
About Stalin and KhrushchevWhat you didn't want to know about England
Military Reviewin Yandex News
Military Reviewin Google News
99 comments
Information
Dear reader, to leave comments on the publication, you must to register.