The head corvette of project 20385 “Thundering” is undergoing final tests 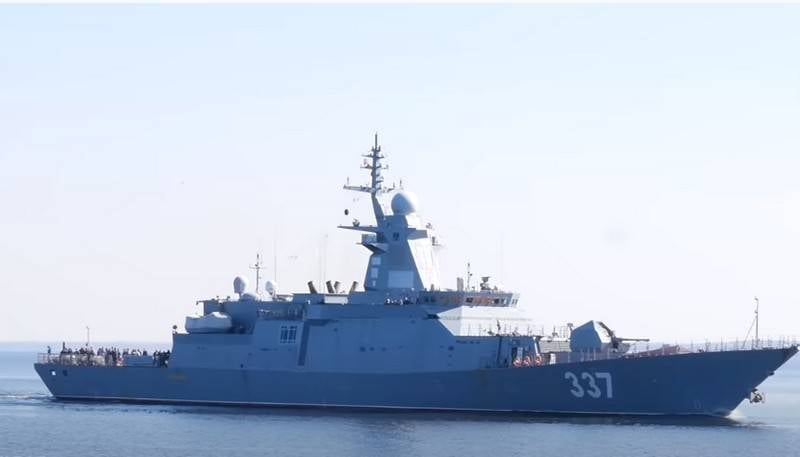 The head corvette of the project 20385 “Thundering” went to pass the final tests. At the next stage, the crews of the Baltic helicopters fleet will work out boarding the ship. This was reported by the press service of the Ministry of Defense.


The final test of the corvette takes place in the Baltic Sea, where he returned in early March, completing the inter-naval transition from the Northern Fleet, where the bulk of sea trials and verification of the main armament of the ship were carried out. At this stage, marine helicopters aviation BF will fly around the corvette and land on it in various weather conditions in the dark and daytime. It is reported that helicopter pilots will conduct more than 10 landings on the deck of the corvette in various conditions: on the go, in drift, at anchor. Nothing is reported on the deadlines for testing.

Earlier, the press service of the Severnaya Verf, which built the ship, said that the corvette would be transferred to the Russian Navy in the first half of 2020. After the transfer, the ship will make an inter-naval transition to the Pacific Fleet, where it will continue to serve.

It is a further development of the 20380 project. Designed to detect and destroy surface enemy ships or submarines, organize landing, guard the coastal zone, escort other ships.

The armament includes the universal naval rifle complex (UKSK) for the Caliber, Onyx and possibly Zircon, Redut air defense systems, the 100-mm A-190-01 artillery system, two AK-30-mm anti-aircraft artillery systems 630M, as well as anti-submarine complex "Package".
Ctrl Enter
Noticed oshЫbku Highlight text and press. Ctrl + Enter
We are
The pilots of the MA POTF have worked landing on the deck of the ship in drift and on the move.Headsets Serdyukov surfaced at the "Northern Shipyard"
Military Reviewin Yandex News
Military Reviewin Google News
78 comments
Information
Dear reader, to leave comments on the publication, you must sign in.