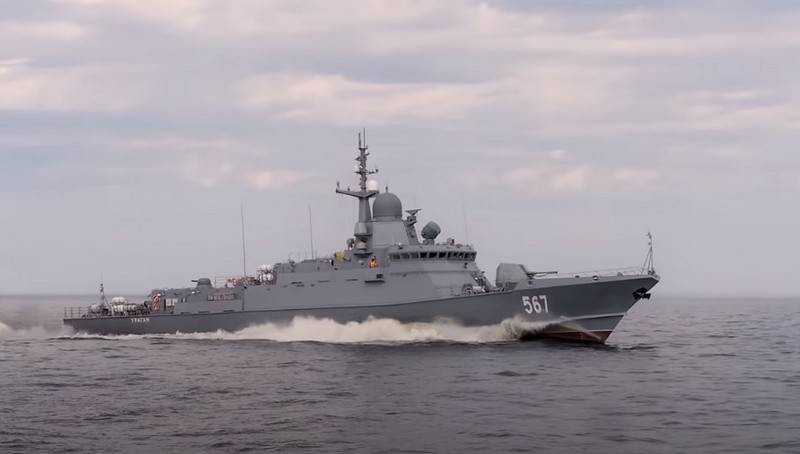 Fourth RTO project 22800 for the Pacific fleet (Pacific Fleet), called "Pavlovsk", will be laid down this summer, the date is not precisely determined. This was announced in an interview with the Krasnaya Zvezda newspaper by the commander of the Pacific Fleet, Admiral Sergey Avakyants.


According to the commander, the construction of a small missile ship will be carried out by the Amur Shipyard in Komsomolsk-on-Amur, where three ships of this series are already being built. Earlier, the press service of the enterprise announced the laying of the ship at the beginning of May of this year, but apparently the plans had to be reviewed in connection with coronavirus infection and the bookmark should be rescheduled for the summer. The exact date has not yet been determined.

RTO will be the fourth under construction for the Pacific Fleet, it has already received the name "Pavlovsk". The first two RTOs of the Pacific Series - Rzhev and Udomlya were laid on July 1 last year, the third RTO of project 22800 Karakurt, called Ussuriysk, was laid down at the end of December 2019.

The RTOs of this project have a length of 67 meters, a width of 11 meters and a draft of 4 meters. Displacement - about 800 tons, cruising range - up to 2500 miles, autonomy - 15 days. The main armament is one PU UKKS (universal ship complex) 3С14 RK Caliber, one 76-mm artillery system AK-176MA, CRAK Pantsir-M, two 14.5-mm or 12,7-mm machine guns MTPU.
Ctrl Enter
Noticed oshЫbku Highlight text and press. Ctrl + Enter
We are
RTO "Sovetsk" project 22800 Karakurt became part of the Baltic FleetIn Komsomolsk-on-Amur, two IRCs of the 22800 project for the Pacific Fleet were laid
Military Reviewin Yandex News
Military Reviewin Google News
27 comments
Information
Dear reader, to leave comments on the publication, you must to register.