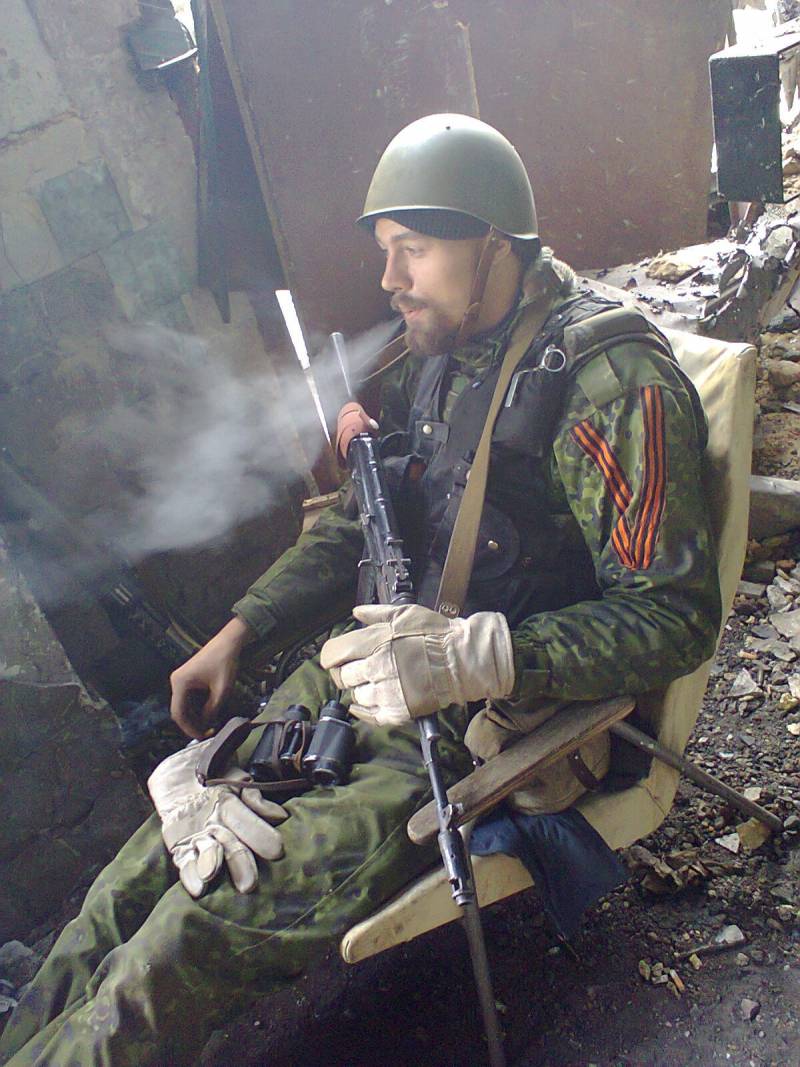 On May 19, on Tuesday, the head of the LPR, Leonid Pasechnik, appealed to Ukrainian President Vladimir Zelensky with a request to stop shelling, destroying infrastructure in the north of the republic and fraught with the emergence of a humanitarian crisis. Otherwise, the head of the LPR threatened to drop Ukrainian troops from the demarcation line.

“... I want to appeal to the President of Ukraine Vladimir Zelensky with an urgent request to take measures to stop the unprovoked shelling of our territory, while providing appropriate security guarantees for repair work on critical civilian infrastructure. If such actions continue on the part of the EFU, you, Vladimir Aleksandrovich, will leave us no choice but to take effective and decisive measures to move the line of contact from the specified power line. In a similar way, we will be forced to act while continuing shelling of civilians and other critical life-support facilities. For these purposes, I have already given the relevant instructions on putting the militia units on alert, ”
- said Leonid Pasechnik.

There has not yet been an official response to the appeal, but the Armed Forces of Ukraine have already answered in their own way, on the night of Tuesday to Wednesday, continuing shelling of the territory of the LPR.

On the verge of collapse

The reason why Leonid Pasechnik made such a harsh statement (although it is unlikely that this is a personal initiative of the head of the LPR, not agreed with the higher authorities) is the infrastructure collapse that awaits many LPR cities if Kiev continues the systematic destruction of power lines and other important objects. The ancient power system, from which not only industry and the residential sector are fed, but also water utilities that provide almost half of the republic, has long been breathing its last, and constant shelling can finally finish it off. Which, in turn, is fraught with a real catastrophe, up to the spread of infectious diseases.

The existing reservoirs in the LPR are not enough. Therefore, the problem, if Kiev does not show goodwill, can be resolved exclusively by military methods.

Already on May 20, the head of the DPR Denis Pushilin made a similar statement, so it is likely that the conflict will extend to the entire demarcation line (all the more so since it is vital to push the APU for many cities and towns of the DPR). The whole question is how prepared in Lugansk and Donetsk for the decisive steps that the population of the republics have been waiting for so long.

Comedian got his way?

The Ukrainian show president played the aggravation initially, from the first days of his presidential term. It is not clear what exactly they achieved in Kiev and what they expected to receive: either new Minsk agreements on their own terms, or new “boilers” and, as a result, an attempt to once again tighten the screws inside the country and beg for money and military assistance from the West , as well as sanctions against Russia. Today with a high degree of probability it can be argued that Zelensky has achieved his goal. There is literally one step left so that the notorious agreements begin to cost less paper on which they are written.

In this situation, it is worth recognizing that the Donbass today is close to the bifurcation point. Especially after such high-profile statements by the heads of the LPR and the DPR. You will either have to inflict a sensitive defeat on Kiev, or sign your own powerlessness and, in fact, issue a carte blanche to Ukraine for even more sensitive operations on the demarcation line. It seems that this time it will not work out to be limited to some paper victory and loud statements.

In this situation, I want to believe that the crisis will really be resolved by the victorious offensive of the LPR. And then it remains to answer one single question: for what did soldiers and civilians die all this time?

Ctrl Enter
Noticed oshЫbku Highlight text and press. Ctrl + Enter
We are
The logical outcome of the coup in LuganskSituational analysis of the death of the MH17 flight (Malaysian Boeing 777), made on the basis of engineering analysis from 15.08.2014
Military Reviewin Yandex News
Military Reviewin Google News
179 comments
Information
Dear reader, to leave comments on the publication, you must sign in.