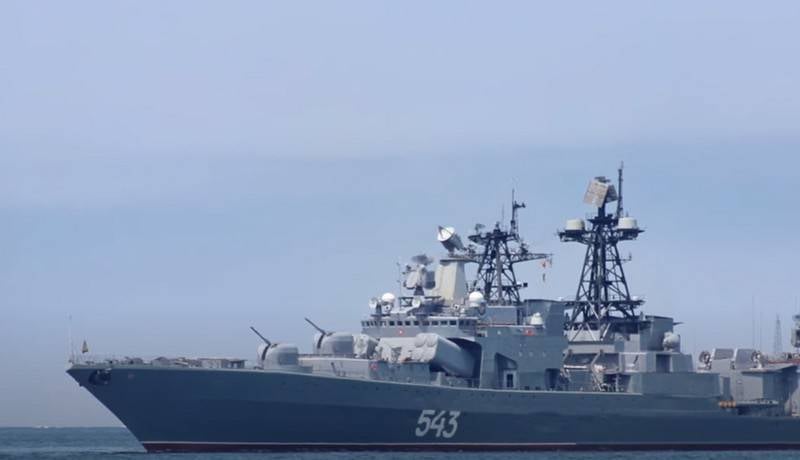 Undergoing major repairs and modernization, the frigate "Marshal Shaposhnikov" is planned to be sent for mooring and sea trials in the second half of 2020, work on the ship is on schedule. This was stated by the commander of the Pacific fleet (Pacific Fleet) Admiral Sergey Avakyants in an interview with Krasnaya Zvezda newspaper.


According to the commander, he constantly visits the Dalzavod, where Marshal Shaposhnikov is undergoing repairs. Work on the ship is carried out on schedule, without disruption, the start of testing the frigate is scheduled for the second half of 2020, and return to the Pacific Fleet at the end of the year.

In the second half of the year, mooring and then sea trials of the repaired and modernized frigate Marshal Shaposhnikov should begin. It is important that now it combines the capabilities of an anti-submarine ship and a carrier of high-precision cruise missiles. I regularly visit the ship at Dalzavod, where work is being carried out, and I can assure that their schedule is fully respected
- Avakyants emphasized.

As previously reported, the former BOD of project 1155 Marshal Shaposhnikov, undergoing major repairs and modernization, in the summer of 2019 was retrained as frigate. This decision was made by the Ministry of Defense.