Accidents F-22 and F-35: we understand what happens to fighters of the 5th generation of the USA 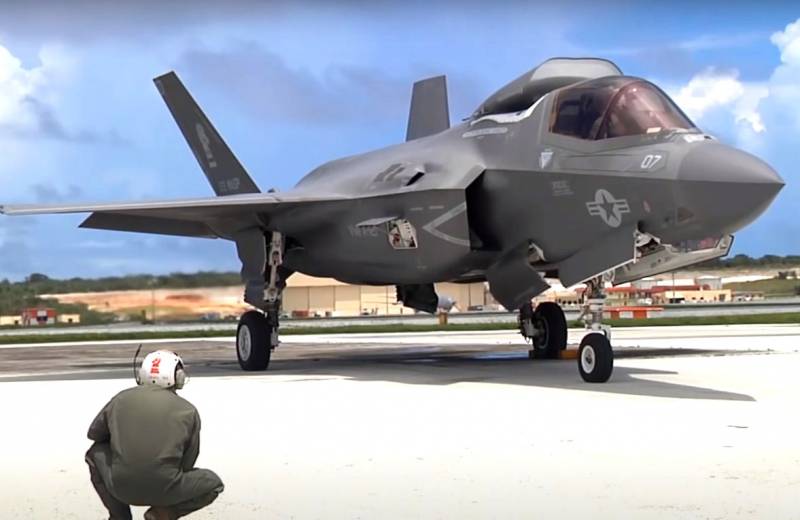 High-profile accidents with American aircraft of the latest generation are happening more and more often. Only in the last five days, F-22 and F-35A aircraft crashed, and before that, there were many similar cases. So what happens to fifth-generation American fighters? Let's try to figure it out.


Fighter F-35A, which was part of aviation A squadron stationed at Eglin Air Force Base in Florida crashed on landing. According to the information on the page of the air base on Twitter, the pilot survived, nothing threatens his life. By the way, the Eglin air base is also a training center for preparing pilots for flying on the F-35.

Nothing is known about the causes of the accident, but the US military is alarmed: the second accident in a few days (before which the F-22 Raptor fell) can cause great reputation damage to such a fierce fifth-generation American aircraft.

F-22 Raptor crashes: pilots have been afraid of flying this plane for a long time

On May 15, 2020, from the same base, Eglin flew on his last training flight the US Air Force F-22 Raptor, assigned to the 43rd fighter squadron of the 325th fighter wing. By a happy coincidence, the Raptor pilot managed to survive: he successfully ejected and was taken to a military hospital for rehabilitation.

With the F-22, whose production is already closed, similar incidents have occurred before. On March 25, 2009, the F-22 crashed in the area of ​​the Edwards air base, while his lieutenant colonel David Cooley, piloting it, died.

November 16, 2010 - a new incident with a tragic end: the F-22 crash from Elmendorf airbase claimed the life of pilot Captain Jeffrey Haney. At the same time, representatives of the Air Force first put forward a version of the pilot’s mistake, but then it turned out that the engine overheated became the cause of the tragedy. Captain Haney's widow sues Lockheed Martin. 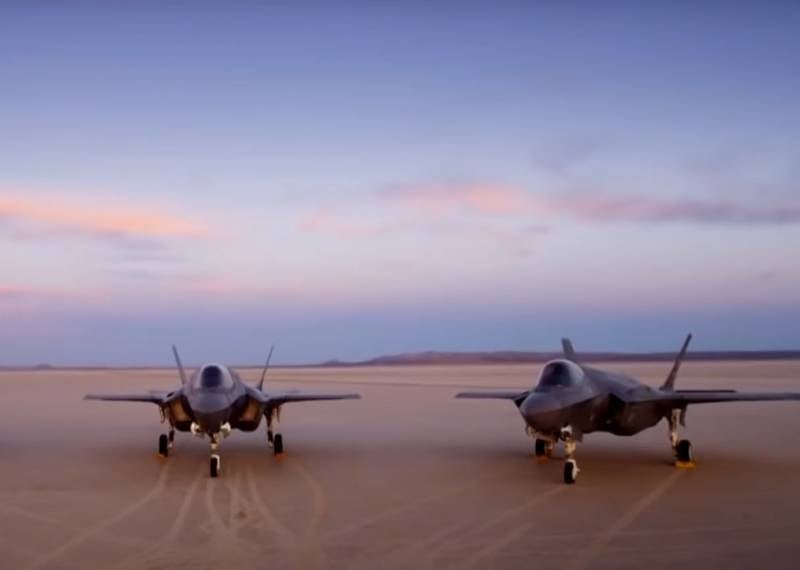 The next accident occurred on November 15, 2012. The F-22A Block 10 aircraft of the 43rd fighter squadron of the 325th fighter wing of the US Air Force crashed near the Tyndall air base in Florida, but this time the pilot managed to escape, although he was injured.

With the F-22 in general, many interesting stories were associated. So, during 2011-2012. The US Air Force even halted flights of all fighters of this model several times. There was a public appearance of the two pilots, in which they declared their refusal to fly on the F-22.

The fifth-generation multi-role fighter F-35 was conceived as a more advanced model, replacing the F-22. What PR moves were not invented in the USA to ensure sales of this very expensive aircraft to foreign countries. So, one of the most important buyers of the aircraft was Japan.

On April 9, 2019 at 19:30, the F-35A aircraft, owned by the 302nd squadron of the Japanese Self-Defense Forces, crashed over the Pacific Ocean. The accident occurred 135 km east of the Misawa base during a training flight. The pilot of the F-35A, 41-year-old Major Akinomi Hosomi, died.

True, Japanese Defense Minister Takeshi Iwai "otmazat" F-35, saying that the technical characteristics of the aircraft have nothing to do with the accident, and the reason for the tragedy is the loss of orientation by Major Akinomi Hosomi during the flight. Why suddenly an experienced Japanese pilot "lost orientation" in flight, did not explain.

Meanwhile, six months before the F-35A crash in Japan, on September 28, 2018, the F-35B fighter, belonging to the 501st training squadron of the US Marine Corps air assault fighter aircraft, fell 8 km west of the Beaufort base at South Carolina. The pilot managed to catapult and escape. CBS News then called the accident the first crash incident in the F-35 fighter family. 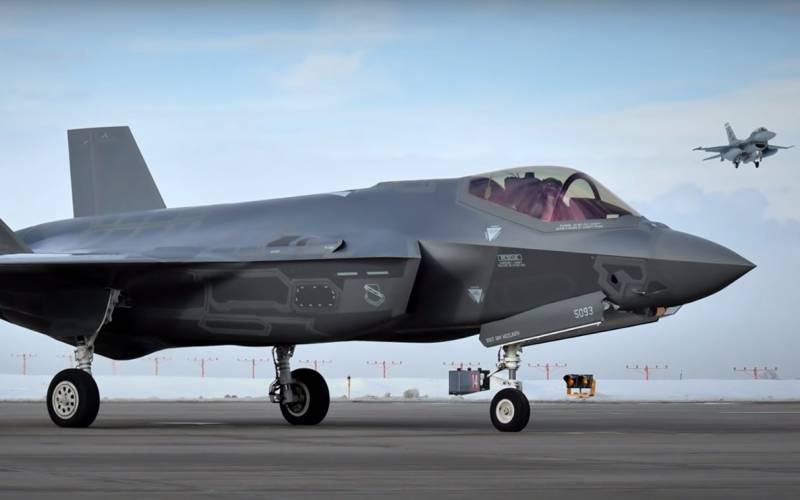 Before the fall in South Carolina, incidents with the F-35, although they did occur, did not lead to falls. So, repeatedly there were fires, but pilots managed to make emergency landings. The first such incident occurred on June 23, 2014 with an F-35A assigned to the 58th fighter squadron of the US Air Force. The plane took off from the Eglin base in Florida, but his engine caught fire. The pilot managed to interrupt the flight and leave the car, but the damage caused by the fire was so significant that the plane had to be decommissioned.

Another fire occurred on October 27, 2016 with the F-35B aircraft of the 501st training squadron of marine attack fighter aircraft of the US Marine Corps from the Beaufort base. They managed to land the plane, no one was hurt, but the damage was also so impressive that the F-35B was decommissioned.

Meanwhile, regardless of whether the pilots survived the accident or not, whether it was possible to save the plane or had to be decommissioned, any incidents with the F-35 hit the image of the aircraft, in which the United States invested hundreds of billions of dollars in the program.

Not only is each car very expensive and in case of write-off or death, the owner country loses enormous money, so accidents make potential buyers doubt the pluses of the F-35. Therefore, the United States is not at all interested in revealing the true causes of accidents. The ideal excuse for such cases is “pilot error”, as was the case with Japanese major Hosomi.

Ctrl Enter
Noticed a mistake Highlight text and press. Ctrl + Enter
We are
Situational analysis of the death of the MH17 flight (Malaysian Boeing 777), made on the basis of engineering analysis from 15.08.2014Results of the week. “In our cooperative, the board is always agreed”
89 comments
Information
Dear reader, to leave comments on the publication, you must to register.