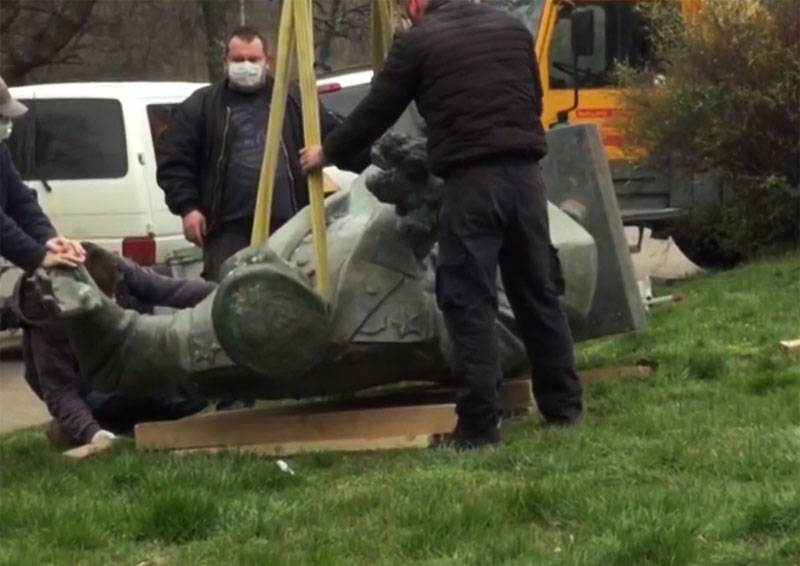 A letter came from the Ministry of Defense of the Czech Republic to the main defense department of Russia - in response to a request to hand over a monument dismantled in Prague to Marshal Ivan Konev. Recall that with this appeal, the Russian Ministry of Defense turned to Czech colleagues more than a month ago - almost immediately after the dismantling of the monument.


The official answer actually repeats the words that the Czech ministry originally expressed.

The letter says that “the decision on the monument was taken in the municipality of Prague-6”:

The Ministry of Defense cannot take ownership of the monument, which belongs to one of the capital's municipalities.
According to Metnar, neither he nor his department is authorized to make any decisions on the transfer of the monument to the Russian Federation.

Further, trying to justify himself, Metnar said that the Ministry of Defense of the Chechen Republic "is engaged in the protection and care of about 4 thousand Soviet burials on Czech territory."

Every year we allocate funds from the budget for their maintenance and reconstruction
-
summed up the Czech Minister of Defense.

Recall that earlier in the Czech media there were statements about the provision of protection to the mayor of the municipality of Prague-6 and the mayor of the Czech capital in connection with the alleged Russian threat to them.
Ctrl Enter
Noticed a mistake Highlight text and press. Ctrl + Enter
We are
The monument to Marshal Konev dismantled in Prague can be transferred to Russia“And we want the Russians to return the plane”: the request of the Russian Federation to the Czech Republic on the monument to Marshal Konev is commented on in Poland
62 comments
Information
Dear reader, to leave comments on the publication, you must to register.