How did the people's republics of Donbass "begin" 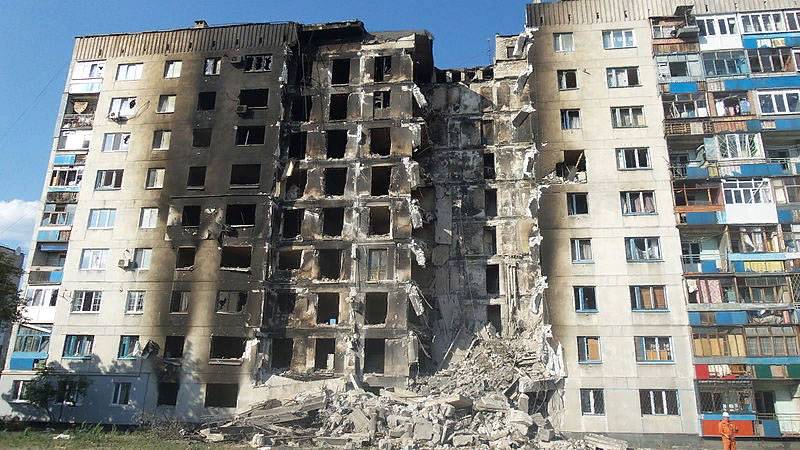 They often write to me that it would be worthwhile to talk about how and why the civil war in the Donbass began. Especially since история this war even today, when many participants in the events are alive, when witnesses are alive, is already turning into a story. The Ukrainian side itself already believes that the Armed Forces of Ukraine actively fought the Russian army at the beginning of the conflict. Republicans, on the contrary, talk about the repulsed attacks of the Ukrainian army literally with a club, that the entire people of Donbass immediately rose to fight the aggressors.


In addition, there is another factor that must be taken into account. The winners write the story. This fact is not disputed. However, it is worth clarifying the concept itself Winners. It seems to me that some readers have a somewhat primitive understanding of it.

If the war is over, everyone understands that one of the parties won. But everyone who participated in the war on their side does not write the story. They are written by those who are currently in power. It is clear that they really want to become war heroes, the generals who won. In this case, it is necessary to reduce the role of real heroes. And often, exaggerating some battles and battles while forgetting others. What we see today. What is being created in historical research is called "military mythology."

How did the people's republics of Donbass "begin"?

Why Donbass caught fire, and the rest of Ukraine is not

I must say right away that I deliberately "made a mistake" in the title of the section. And I allowed it only in order to answer a sufficiently large number of people from both Ukraine and Russia. Black and white thinking, which, due to the fact that the most active in the discussion are not very, alas, literate young people, has done its job.

So, in Kiev, as a result of the coup, the junta actually came to power. For most Kievans, this event did not become something outstanding. The next change of power, nothing more. Kievans, and indeed Ukrainians in general, continued to live an ordinary life. We went to work, raised children, and were engaged in other important matters. Maidan ... not the first time ...

By the way, we saw a similar picture in our own country. Remember the events of 1991 and 1993 in Moscow. How many Muscovites went to the square to defend their position? And how many residents of other cities? How many cities supported one side or the other? This is the answer to those who today speak of some kind of inferiority of Ukrainians. They are the same Soviet as we were and remain.

However, there were other Ukrainians. If there are radical rightists, then there are radical leftists. In response to the emergence of the junta in several cities, the idea of ​​the Russian spring arises. Zaporozhye, Kharkov, Dnepropetrovsk, Odessa ... If the fascists established power in Kiev, then we will establish popular power!

Alas, the idea of ​​the Russian spring, today we can already talk about it, turned out to be a utopia. With the silent reaction of the majority, this idea was killed in Zaporozhye and Kharkov. Burned in Odessa. And Dnepropetrovsk was generally turned into a stronghold of the Right Sector when they moved the headquarters of the militants of this organization there.

The opportunity to go to a Ukrainian prison for separatism did not greatly inspire Ukrainians to fight. And supposedly the law enforcement system of the new state worked very actively in this direction. 2014 greatly added work to the jailers. And the disappearances of the activists of the Russian spring did not add to the desire to go out to civil protest.

Yes, on both sides, among the participants in the events was a part of those who had real combat experience in participating in military conflicts in Yugoslavia, Transnistria, Afghanistan, Abkhazia, Georgia, Chechnya. However, this was not enough to start an active struggle. If the right-wing radicals were supported by the state, they turned a blind eye to the illegally captured weapon, to training camps, to mass gatherings, the left-wing radicals could not boast of this. The state worked against them.

In principle, the same fate awaited Donbass as Kharkov or Zaporozhye. It was obvious. Therefore, the Kiev authorities did not particularly try to solve the problem of the Russian spring there. Where is the hurry? With a fairly limited number of radicals, Kiev preferred to clean up the cities in the east of the country in turn.

When pearls are grown, the first thing they do is “perform an operation” on the mollusks. Simply put, grains of sand are artificially introduced into their bodies. After that, the protective reaction of the body is turned on and after some time a person receives this grain of sand, which the mollusk covered with aragonite. This is how pearls are born. And in about the same way resistance was born in the Donbass.

Spontaneous self-defense detachments began to emerge almost immediately after the coup in Kiev. But these were just self-defense units. They defended their own homes. And their numbers were ridiculous. The departure of Crimea became a good incentive for their emergence. Bloodless, calm and fast. Some, I must say frankly not the biggest, part of the Donetsk people hoped for the same scenario in Donbass. However, it is not worth talking about sentiments similar to those in Crimea.

Remember March 2014? Kiev began to actively prepare for a war with Russia. On March 17, the first wave of mobilization began. Vile, carried out by deception and in violation of the laws of Ukraine. The future "heroes" were summoned to military training for 10 days and already in the units they announced mobilization. Naturally, according to the data voiced by Poroshenko, 30% of the soldiers and sergeants simply deserted.

The opposite side also did not sit idly by. In the East, riots began. Today, after a careful analysis of those events, I had the impression that at the first stage these performances had a completely different character. Remember those who were the very beginning? Security forces and combat detachments of anti-Maidan. The people rallied, but did not take part in power actions.

Rather, one can speak of a slightly different form of oligarchic coup than in Kiev. If we consider this point of view in development, it becomes clear the appearance of Strelkova with the detachment and his behavior after leaving Donbass. The actions of Russia at that time also become clear. More precisely, the refusal to implement the Crimean scenario, which is still reproaching us.

Is Russia standing behind the DNI and LC?

If Russia sent Strelkov’s detachment to destabilize the situation in the Donbass, then why did it stop halfway? Why didn’t she accept the Donbass in her membership in 2014? Remember April 6-7, 2014? Two republics, Kharkov and Donetsk, were proclaimed at once (Lugansk was proclaimed later). Why didn’t Russia immediately take these areas if such a goal was set?

There is one more question that speaks in favor of the version of the absence of a Russian trace in the Donbas. The republics were proclaimed on April 6-7, and Strelkov's detachment arrived in Slavyansk only on April 12. Two days after the announcement of the creation of the DPR People's Army! And the composition of the squad is interesting. Out of 52 people (six arrived later) there were only 9 Russians. The rest were citizens of Ukraine. About 30% had combat experience (according to Strelkov himself).

By the way, for some reason everyone forgot about the age of Strelkov’s “special forces”. And there are also interesting facts. The youngest fighter of the detachment Igor Strelkov was ... 16-year-old Kiev resident with the call sign "Vandal", but the most experienced was "Grandfather". The Cossack, who went through the war in Transnistria and the Caucasus, is only 74 years old.

It seems to me that the ideologists of the coup in the Donbass did not take into account the mentality of the people. The mining region, miners as workers, have a special character warehouse. The constant risk when working underground, the constant presence inside a fairly separate group of people, forms a person's special relationship with these people. As in the crew of a ship, a tank crew or in a unit of paratroopers. There is no principle of "every man for himself." Everyone lives and everyone dies in the event of an accident.

To prove my point, I will give one example from the history of further events. On April 24, near the village of Khrestischi, the Ukrainian armed forces took control of three checkpoints guarded by local militias. However, having lost 300 people, the Ukrainians retreated.

On the account of the defenders of the checkpoint there is only one wounded enemy. And two men were wounded by local men who, having seen what was going on at the checkpoint, came running with hunting rifles, went to the flank of the Ukrainian Armed Forces and shot the soldiers who hid behind the APCs.

I will repeat the thought I expressed at the beginning. Russia did not plan to take the Donbas. The reasons, I think, are clear. We were weak economically. Russia could not and cannot today “pull” together with Crimea, which required huge capital investments, which was also destroyed during the Ukrainian period. The mines and factories of Donbass require no less investment in reconstruction than the Crimea. True, if everything is measured purely economically, then Russia today would not be much larger than the territory of a dozen appanage principalities ...

History does not know the subjunctive mood

Looking at the situation from today's perspective, I come to the conclusion that some of the spilled blood lies with us. In Russia. it was we who partly allowed what is happening in Ukraine today.

2014 was a year of missed opportunities. In April-May, we could quite officially send troops to the Donbass to force peace. The current president of Ukraine Viktor Yanukovych gave us such a right in a letter. And after the events of 08.08. 2008 The West would have swallowed it without picking.

Bloodshed? There would be no bloodshed. The Ukrainian Armed Forces would gladly repeat the option of the Crimea defense. Kiev junta? I think that she would quickly retreat behind the West and organize some kind of "government in exile." People? The people were waiting for the arrival of the Russian army ...

And to join the Donbass to Russia? .. And why, if we do not pull it economically? The costs of helping the DPR and LPR today would hardly have been greater when the Donetsk people themselves would have organized production at factories, coal mining in mines ... The main thing is peace!

Today, the prospects for solving the problem of Donbass are vague. Nobody needs the Minsk agreements, which we have been talking about for so many years. What can you talk about with those who are not responsible for their words? In Donbass, another question is increasingly heard: When will we liberate our territories occupied by Ukraine? War has already become the norm.