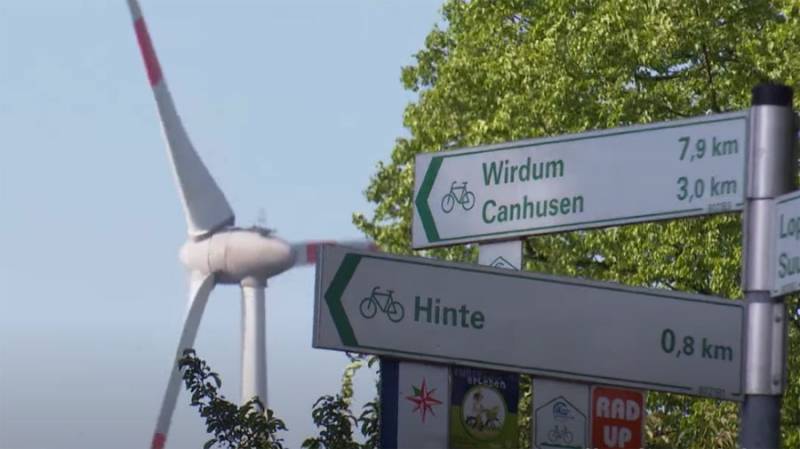 The pandemic that erupted at the beginning of this year stood in the way of implementing the most, perhaps, the most ambitious plan of the European Union - the Green Pact for Europe. The intention, declared with great fanfare, “to make the continent climate neutral by 2050” initially required enormous expenses. However, in the current situation, the same, if not big, means will be needed to simply save the economy of the Old World, to prevent it from slipping into a recession, unprecedented in depth and volume. Is the “Green Question” off the agenda? Very similar to that.


Recall that the EU’s final course in global change, dictated by the desire to improve the environmental situation, became known at the beginning of December last year, when the European Green Deal (EGD), the European Green Deal, was approved and signed at the summit of its heads. What does the concept of climate (or carbon) neutrality really mean? The point is that the amount of industrial CO emissions2 should be reduced to zero. This in itself is very problematic ... However, the planned grandiose changes should affect not only the owners of the plants "poisoning the planet", but, without exaggeration, every resident of the European Union.

First of all, a "war" is declared to all "harmful" power plants that burn fossil fuels. The first “under the knife” will go TPPs operating on coal and fuel oil. Then, in all likelihood, the turn will come and gas. Europeans have been waging an irreconcilable struggle with nuclear power plants for quite some time, striving for a complete rejection of them. The emphasis will be on the so-called "renewable energy sources" - solar, wind, geothermal and the like. Also, to reduce electricity consumption, the whole of Europe will have to switch to the most energy-saving technologies both in industry and in everyday life. A special article is cars. European states are trying to abandon the use of cars with internal combustion engines as soon as possible, replacing them with electric vehicles everywhere.

All of these “huge plans” can be painted for a very long time, however, such a delicate point as the price of the issue is much more interesting here. It must be understood that such titanic transformations will inevitably and very painfully hit the economy and lifestyle of many regions of the Old World, and even whole countries. In the European Commission, whose new head, Ursula von der Leyen, is eager to enter the world history on the "green wave", they understand this perfectly. And therefore, JTM is also attached to the EGD - The Just Transition Mechanism, "Fair Transition Mechanism."

We are talking about investment tools of a pan-European level, which will be aimed at financial support for the “victims” of the “great green turning point” in regions and sectors of the economy. For these purposes, it was planned to mobilize at least 100 billion euros in the period 2021–2027, both by creating a special fund and special credit lines of the state, and by attracting private investment (about half the announced amount). In total, the initiators of the new environmental course spoke of the necessary 1 trillion euros of “green investments” necessary for its implementation. 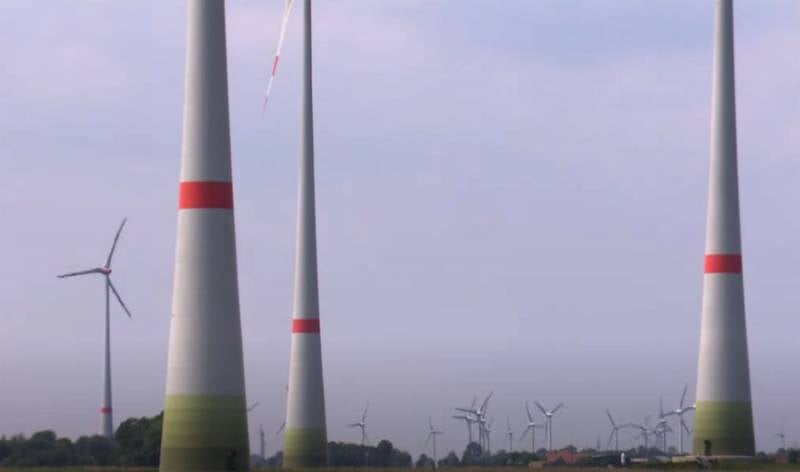 All this was in the “pre-coronavirus” world that irretrievably left us, where global warming and other negative changes in nature were considered the biggest problem of mankind. As of right now, the financial needs and plans of the European Union look, frankly, somewhat different. The losses incurred by its economy, analysts evaluate as "space". Back in April, leaders of the Commonwealth countries approved a plan to save it at the cost of 540 billion euros, presented by the finance ministers, of which 100 billion will go exclusively to implement the SURE program aimed at supporting employment in the context of the crisis.

Just the day before, German Chancellor Angela Merkel and French President Emmanuel Macron made a joint statement, according to which the EU will have to create a special fund for economic recovery. To fill it, it is planned to attract 500 billion euros of loans, which will be given over the whole 20 years. They will be sent to the countries most affected by the pandemic in the form of subsidies, not loans. Typically, Berlin had previously been categorically against such costly “rescue operations”, but life's realities, apparently, convinced the fisted Germans that it was better to spend money than to be in the ruins of the EU.

However, this is not all. As it became known, by May 27, the European Commission should submit a plan to save the economy, which will lie in the basis of the EU long-term budget for 2021-2027. Costs are estimated at 1-2 trillion euros. As you can see, Frau von der Leyen, as, incidentally, to all other European officials and state leaders, in the near future will somehow not be able to "green" his own continent, not to solve the issues of green energy. And if the consequences of the ecological “perestroika” are also superimposed on the consequences of the pandemic, the consequences will be catastrophic.

And what about Russia? To be honest, our country is completely unprofitable for Europe to abandon fossil fuels, primarily gas. Recall that as of last year, the share of deliveries from our country amounted to half of all imports of “blue fuel” carried out by the countries of the Old World, the share of Russian gas consumption in their energy needs was estimated at 35-37%. And the cessation of the operation of nuclear power plants in our country, which in 2018 accounted for at least 17% of the global nuclear fuel market and is the world leader in the construction of nuclear energy facilities abroad, is also completely useless. With electric cars, too, do not rush. At the end of 2018, in some EU countries, the share of domestic oil purchases ranged from about 40% (Germany, the Netherlands) to 80% or more (Finland). Now the numbers, of course, are different, but still significant.

Caring for the environment is, of course, a good thing. But not only when the world is bursting at the seams.

Ctrl Enter
Noticed a mistake Highlight text and press. Ctrl + Enter
We are
Situational analysis of the death of the MH17 flight (Malaysian Boeing 777), made on the basis of engineering analysis from 15.08.2014Kuriles - an integral part of our homeland
101 comment
Information
Dear reader, to leave comments on the publication, you must to register.