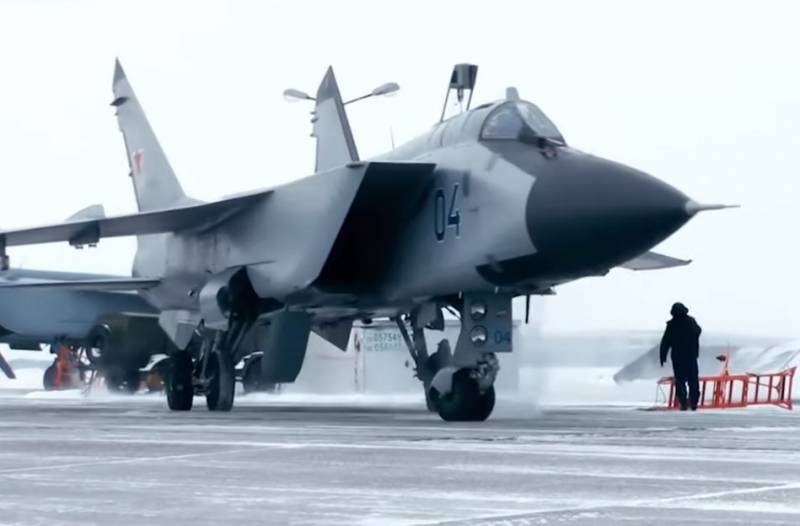 Cosmonautics is an area where Russia and the United States cooperate relatively successfully. But this does not mean that the two states coexist peacefully in space. Moscow and Washington not only cooperate, but also compete. Moreover, it is possible that the rivals are preparing for the forceful version of the development of events - for new "star wars".

The other day, the US Department of Defense announced the launch of the reusable space drones (space planes) X-37B. The Atlas V rocket launches it in orbit. It was stated that the objective of this program is to provide unlimited flight time for satellites and orbital drones by converting the energy of the Sun into other types of energy.

And although the development of the device has been carried out since 1999 under the auspices of NASA and Boeing, many believe that the project is intended for military needs, and work on it is being commissioned by the Pentagon. Moreover, its real goal is to create an anti-satellite weapons. And when in 2004 the program was classified, no one left any doubt that this was a defense project.

An unmanned spaceship will have to inspect enemy satellites. And if necessary, destroy them with anti-satellite weapons or repel an attack of the same enemy apparatus.

The American space drone is successfully conducting a test program, having completed five successful test flights since 2010, the last of which lasted as long as 780 days. 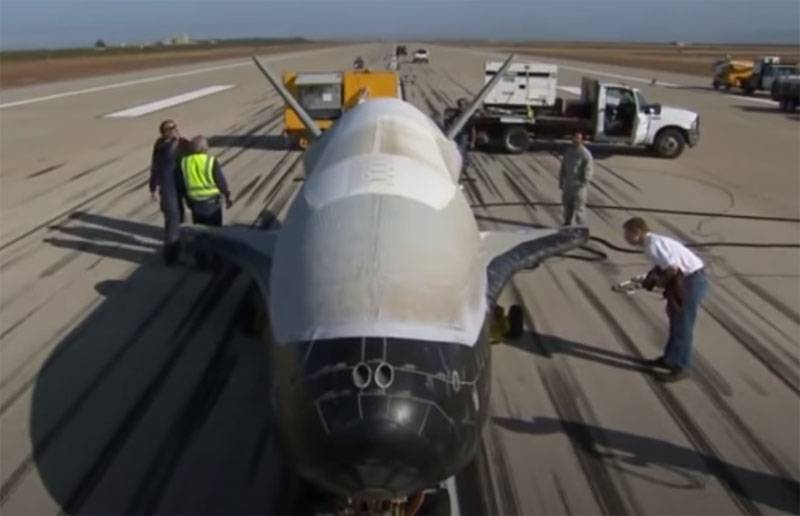 And it is no coincidence that right now the United States decided to create Space Forces, which will be formed by mid-2020. It is assumed that the X-37B spaceship will soon go into service with a new kind of US Army troops.

It is assumed that a similar program has been worked in the USSR since the 60-70s of the last century. The MiG Design Bureau was engaged in it under the direction of Artem Mikoyan, and the program itself was called the Spiral. Soviet specialists were already preparing to launch the project.

They planned to deliver the spacecraft into orbit with the help of the Soyuz launch vehicle. The device was called "Product 105-11". Initially, they were going to use an aircraft to accelerate the apparatus, which would move at a speed of 6-8 Machs. We even thought about developing an aircraft specifically for this program. In the tests of “Products 105-11”, a Tu-95KM aircraft was used for launch.

The head of the Soviet defense department, Andrei Grechko, who was a fairly conservative person, considered the development frivolous and fantastic, so she was covered up.

Later minister aviation USSR industry Ivan Silaev, having familiarized himself with the details of the Soviet anti-satellite project in 1984, said that the program was ahead of its time by about 50 years.

Perhaps this is a coincidence, but the shape of the fairing of Product 105-11 was surprisingly embodied today in the American space drone X-37B. By the way, it can also be observed with the reusable space shuttle "Buran". There was a data leak, or developers from the USA independently came to the same conclusions as Soviet designers, it's hard to say. It is only known that the Americans knew about our space project and carefully watched it. And now Russia will have to catch up with the United States, which has gone far ahead in the development of anti-satellite weapons. Although it may not be necessary.

In the United States put forward a number of versions on the verge of fiction, telling about the active development of anti-satellite weapons by Russia. In particular, the National Interest recently published an opinion on this issue by American analyst Bert Hendrix, who specializes in the study of Soviet and Russian space projects.

Hendricks claims that Russia is successfully working on the Petrel anti-satellite program. The Russian complex consists of miniature "predatory" satellites equipped with weapons and an accelerating engine. The first launch stage is the MiG-31BM fighter-interceptor. Miniature satellites, according to the American expert, will be able to attack the enemy spacecraft and disable it. 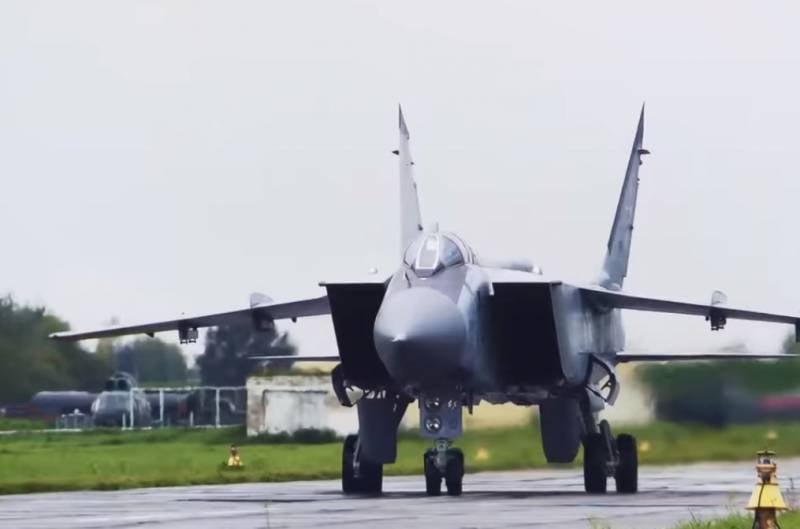 As one of the proofs of his version, Hendrix shows a photo of a Russian aircraft with an unknown rocket suspended under the fuselage. The American concluded that the rocket is too large to be classified as air-to-air or air-to-surface. Therefore, he decided that this is the anti-satellite weapon. He also drew attention to the Russian tests of small inspection satellites conducted since 2013, which should approach the spacecraft and examine them for damage. Hendricks suggested that these mini-satellites did not have “humanitarian” tasks at all.

It is difficult to say what information about the creation of anti-satellite weapons in Russia and the United States is reliable, and which one belongs to the category of assumptions. But, no doubt, in both countries the development of space technology pursues not only civilian, but also military, offensive goals. Indeed, in a modern war, the failure of several key satellites could well paralyze the enemy’s activity on land, in the sky and at sea, turn even the most advanced missiles into blinded blanks.

Ctrl Enter
Noticed a mistake Highlight text and press. Ctrl + Enter
We are
Situational analysis of the death of the MH17 flight (Malaysian Boeing 777), made on the basis of engineering analysis from 15.08.2014Results of the week. “In our cooperative, the board is always agreed”
36 comments
Information
Dear reader, to leave comments on the publication, you must to register.