Bayraktar TB2 shock UAVs for Ukraine: where are they going to use the APU 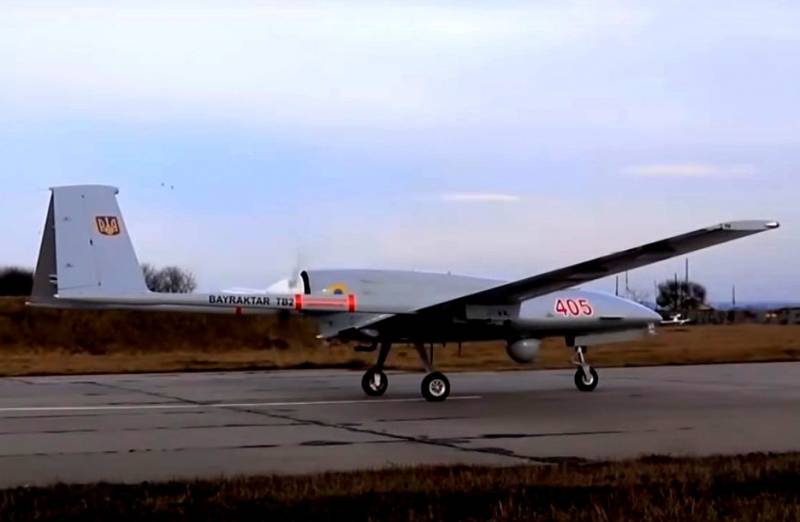 Ukraine conducted training flights of Turkish drones Bayraktar TB2. Judging by the increased attention to these UAVs, Kiev is going to sooner or later use them not only in exercises.


The Bayraktar TB2 shock unmanned aerial vehicle, manufactured by the Turkish company Baykar Makina, made its first test flight in August 2014. In the same year, the UAV was first tested in combat conditions against Kurdish forces, and since 2016 it began to be regularly used in Turkish Kurdistan to fight rebels. But the "star era" of Turkey’s shock drones came a little later, when they were involved in the civil war in Libya and in the operation "Spring Shield" in the province of Idlib in Syria.

Where did the Turkish UAV go

At the same time, Turkey was actively engaged in the PR of its UAVs, trying to acquire foreign buyers. As a result, Qatar ordered a batch of drones, and then it was the turn of Ukraine. In Kiev, they became interested in the Turkish drone in 2018, and at the very beginning of 2019, then-President Petro Poroshenko released information about the contract between the Ukrspetsexport corporation and the Turkish company Baykar Makina.

In accordance with the terms of the contract worth $ 69 million, Ukraine acquired 6 strike UAVs Bayraktar TB2, a set of ammunition and 2 ground control stations. Also, the announced amount of the contract included the training of Ukrainian troops to control drones.

The need to buy “Bayraktarov”, which was not particularly hidden in Kiev, arose due to the conflict in the Donbass and tensions with Russia. But first of all, the Ukrainian military command, of course, expected to carry out operations in the Donbass with the help of new UAVs. 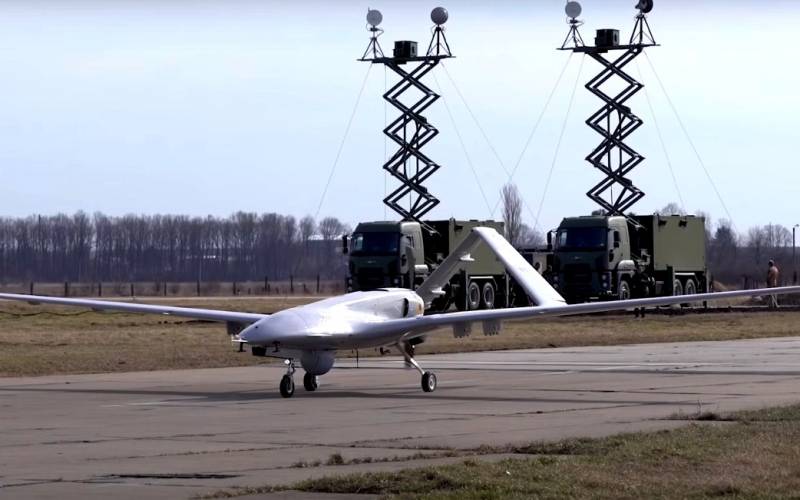 Turkish-made UAVs transferred to the 383rd regiment of remotely controlled aircraft of the Armed Forces, located at the base of the fighter regiment in Starokonstantinov, Khmelnytsky region.

However, almost immediately, in March 2019, the newly acquired Bayraktar TB2s were transferred to Donbass. They were deployed in the Dokuchaevsk area, where the 35th separate marine brigade of the Armed Forces of Ukraine operated. At the same time, 50 Ukrainian servicemen completed a special course on managing Bayraktars in Turkey. Thus, Kiev tried to increase the strike capabilities of the operational group of the Armed Forces of Ukraine, equipping the army with the latest strike drones.

Problems and obstacles for the use of UAVs in the Donbass

However, a number of Ukrainian experts immediately expressed doubts that the Bayraktars could have any serious impact on the course of events in the event of a resumption of large-scale hostilities in the Donbas. Among the disadvantages of the Turkish UAV were listed: low combat load, the ability to act only against poorly protected objects, vulnerability to enemy radar systems.

By the way, in Libya, the use of Bayraktars was no longer as victorious as during operations against the Syrian forces. So, one of Khalifa Haftar’s Armor-S1E air defense missile defense systems managed to destroy 16 Turkish Bayraktar TB2 drones, but in addition to the Shell, Bayraktaras were also shot down by other air defense systems. Donbass is not Libya, the military personnel of NM LDNR have much greater skills in working with equipment than their Libyan counterparts. Therefore, it can be predicted that drones in the event of the resumption of the active phase of the war in the Donbass will begin to fall even more than in Libya. 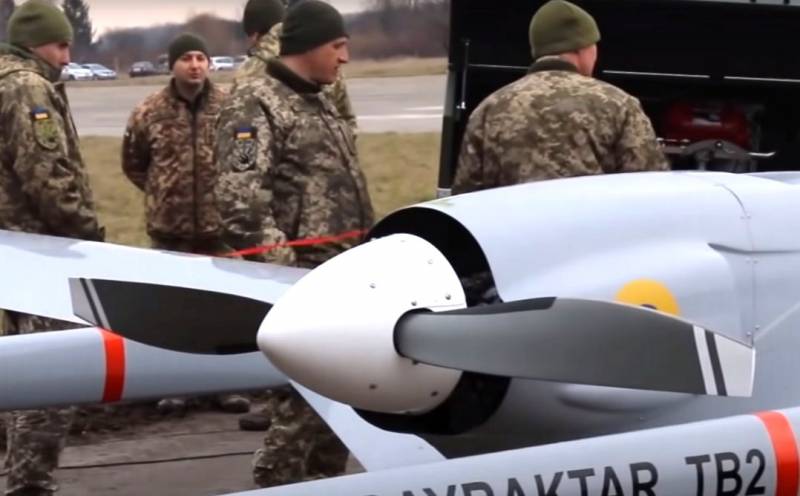 As for the possible use against the RF Armed Forces, here Turkish drones, originally intended for police counter-guerrilla operations, have practically no chance. Possessing the world's strongest air defense and electronic warfare systems, the Russian armed forces can easily bring down Bayraktars.

There is another obstacle to the use of Bayraktar drones in the Donbass. The Ukrainian command considers them too expensive. Unlike Turkey, for Ukraine, “Bayraktars” cannot be “consumables”.
Ctrl Enter
Noticed oshЫbku Highlight text and press. Ctrl + Enter
We are
Summary of the week from voenkor Mag about events in the DNI and LC 21.04.18 - 27.04.18Summary of events in the DPR and LPR for 14.04.18 - 20.04.18 from the military commissar "Mag"
Military Reviewin Yandex News
Military Reviewin Google News
71 comment
Information
Dear reader, to leave comments on the publication, you must sign in.