Under the hood of Soros 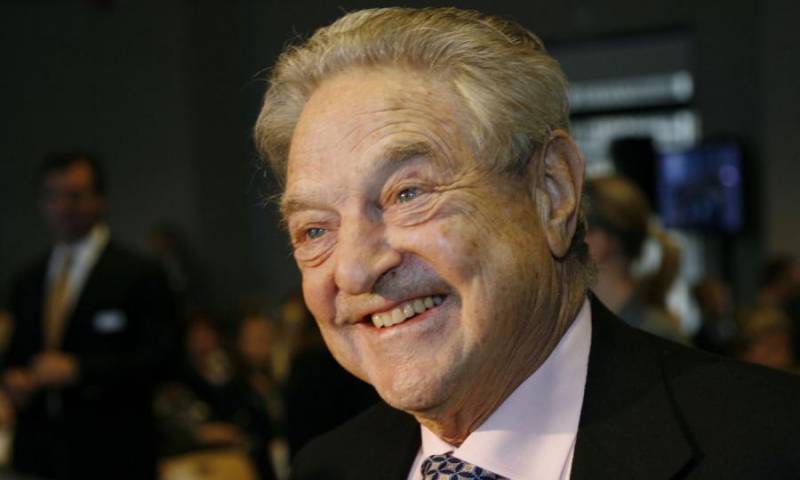 Have you read his Capital?

Even at the exit from global self-isolation, there is no shortage of apocalyptic predictions. Someone in a hurry to send the EU or the United States into oblivion, and the Russian opposition, together with the Western media, under the impression of the excessive independence of our governors, are talking about the impending collapse of Russia.

Of the largest media personalities, so far only George Soros has seriously touched us, he is Gyorgy Shorosh, a Jew from Budapest, whose father, in the years of friendship with the Third Reich, changed his dangerous name Schwartz to a more Hungarian one.

This most experienced financier and investor, the most famous privatizer and disintegrator, once got burned on the acquisition of Svyazinvest in our country. This dubious telecommunication structure almost did not have real assets, and securities due to the crisis fell significantly. Soros in his hearts called this purchase "the worst investment of his life" and now prefers to get to unlimited Russian resources as if from the sidelines.

But now the focus of his attention is primarily on the European Union, and only behind it are Ukraine and the Baltic states. But on the other hand, together with them, under the cap of Soros today, all of Russia's partners in the Eurasian Economic Community, which is experiencing a viral crisis, are not as painful as they could have been feared.

Most likely, this annoys the old lover to “earn extra money” from other people's problems. George Soros not only expresses doubts about the future of the European Union, he strongly criticizes the Eurasian Economic Community, believing that it operates exclusively "under the dictation of Putin."

George Soros does not consider the future of the EAEU to be any bright, but he has already managed to predict the collapse of the EU, but this is perceived by many not as a forecast, but as something like a guide to action. Experts who believe that with the participation of Soros in the United States are now developing a strategy for delivering a series of attacks combining economic and political decisions, there is every reason for such assessments.

However, the EU, this is an obvious “weak link”, in such forecasts is somehow pushed into the background, assuming that the first direction for the US strike will be China, and after it - Russia. Do not forget that the unprecedented pressure on the Celestial Empire in the form of trade wars began even before the COVID-19 pandemic. And only then, after the PRC, and after it the RF, should the European Union fall.

How much is the smile of Soros

Judging by the recent statements of Soros, he really likes the scenarios of the collapse of such supranational associations as the EU and the USSR. They are very similar to each other and, probably, reminiscent of the last convulsions of the dying British Empire, on which an American businessman with Hungarian roots pretty well made. Today, it is perceived as a fact that it was Soros who took advantage of the financial difficulties of the British and simply took off the cream, bringing down the pound. 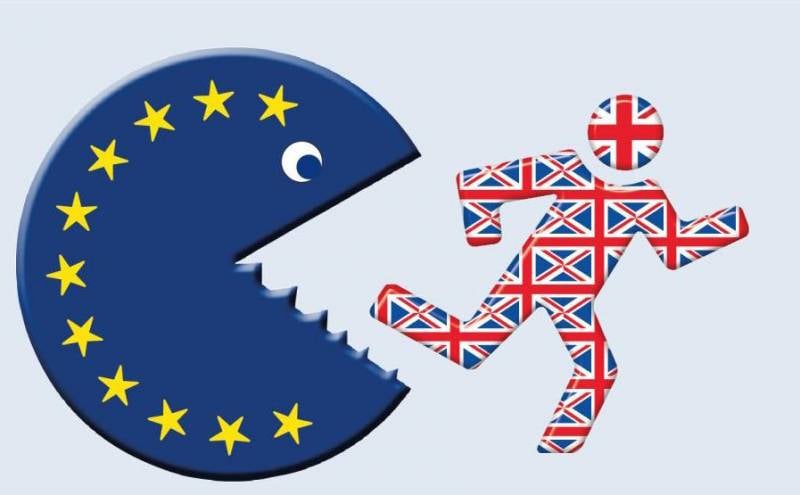 It was by no means accidental that the British, who launched Brexit, were the first to leave the sinking ship of the European Union. It seems that someone long before the coronavirus received some insider information about the willingness of the dexterous manipulator Soros to deal with the EU and the euro. One cannot but recall that, compared with the current united Europe, the Soviet Union was in even better condition at the beginning of perestroika. At least he had an almost self-sufficient economy.

It is still not entirely clear what kind of cycle the USSR ran into then, but now all sorts of finish lines can be seen very clearly. And it became so largely thanks to Brexit, and then to the coronavirus. Most importantly, the cycle of Eurocentrism is ending with the USA constantly looming behind. Marshall’s seventy-year-old plan, like Keynes’s system based solely on the dollar, has been virtually archived.

The global COVID-19 pandemic simply provided a convenient excuse to immediately tackle the development and redistribution of trillions of euros and dollars. There were enough real reasons even before that, but now it’s all about the speed with which one can buy up securities and take over enterprises in segments of the real economy. And the experience of such masters of financial and economic collapse as George Soros is simply invaluable here.

This is not a crisis, this is a benefit

The virus itself is an incomparable convenient screen for conspiring with global financial structures and politicians, even if it’s probably a secret one. It's just that this audience knows how to cooperate, and without the go-ahead, better than small business and the masses. They have the same interests and life principles, they understand each other without words.

The coronacrisis is a real benefit of financiers, the very structures that thirty years ago, in conjunction with the same George Soros, brought down the British pound in the 90s and ruined millions of British. The financial sector, which has seriously tarnished its reputation after blowing bubbles like Fannie Mae and Freddie Mac by 2008, has long and tightly controlled the US Federal Reserve and the IMF, as well as numerous banking groups and transnational corporations. 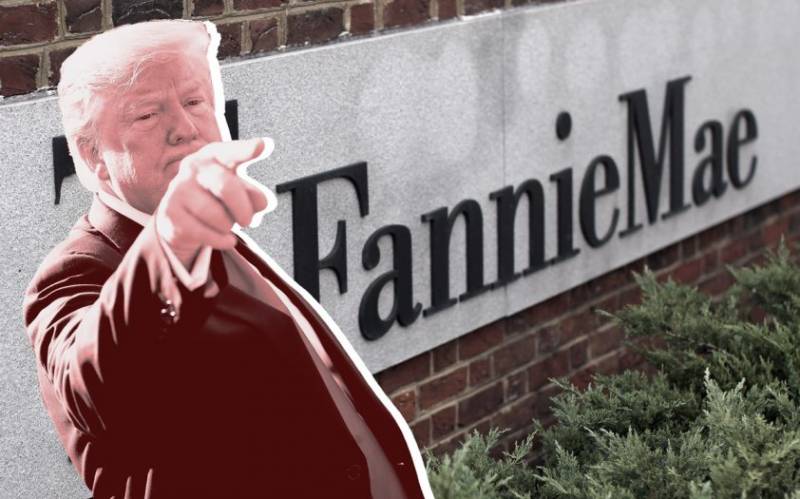 In the wake of the crisis, the financiers took a break, which allowed the Republican Donald Trump to be elected. This realist and pragmatist was supported mainly by industrialists and even oil workers, who, as a rule, are mostly for the southerly democrats. Now, however, these structures, by the way, do not hide their support for the US Democratic Party and Trump's rival, 77-year-old Joseph Biden, who, it would seem, has long been decommissioned.

However, compared to the 89-year-old guru of financial combinations, George Soros, presidential contender Joe Biden is just a kid. Therefore, the activity of the eldest of them is much more striking than the indefatigable desire for power of the younger. If Biden is elected, the financiers will become the ultimate recipients of the benefits of the crisis, packed in quarantine masks and gloves.

And if China, the first to get out from the press of the “Chinese syndrome,” is now buying up Asian and African “lying” assets, while Soros is completely shamelessly aiming for privatization. All that can still be privatized where it is later convenient to get to "under-privatized" Russia.

With the filing of Soros and Co., the process of transferring land operations in Ukraine to commercial rails has already moved forward, lists of the most attractive assets for purchase in the Baltic countries have already been drawn up. In these lists, by the way, there are a lot of enterprises that did not interrupt, and often increased economic ties with Russia and its EAEU partners. 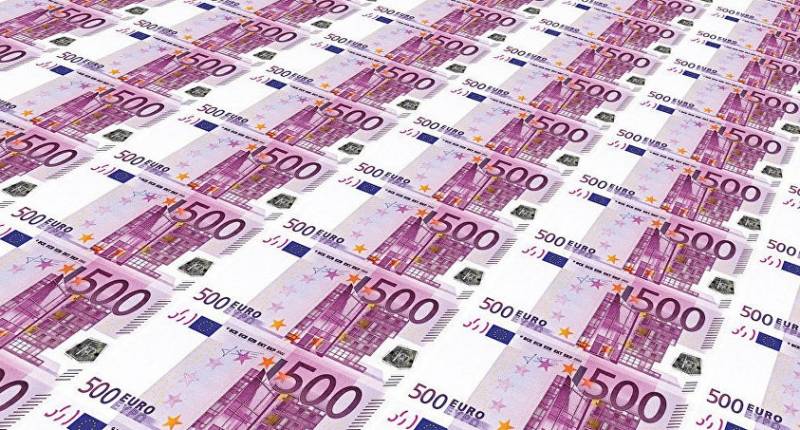 Most likely, George Soros's additional interest in privatization in Latvia, Lithuania and Estonia is also stimulated by the well-known frugality of the Baltic countries. So, in Latvia alone, 4,1 billion euros are now reserved, which can be claimed and disbursed immediately after the crisis.

Obviously, the governments of many countries where the economy does not have a serious margin of safety, under plausible slogans of optimizing spending after the crisis, including to pay off the public debt, will take measures that they could hardly dare before the crisis.

And first of all, it will be about the delivery of the most profitable industry assets to privatization. On this occasion, Anatoly Chubais, who once had a hand in Soros’s “biggest failure”, hurried to check in. He has already managed to declare that privatization after the crisis is almost the best medicine for the economy.

However, Chubais is by no means alone in his bid for privatization, which "together with the weakening role of the state in the national economy (excluding fiscal policy) will create new opportunities for business development in efficient sectors." The digital economy and, first of all, the effective ones are called the agricultural sector, the fate of which, frankly, is now simply scary.

And such recipes as those of the “privatizer of all Russia”, and even with Soros sauce, are especially interesting against the background of the speeches of completely different experts alien to frenzied liberalism. For example, well-known analyst and forecaster Mikhail Khazin bluntly said that sooner or later Putin will have to cancel the pension reform after the crisis. His mouth ...

We are in Yandex Zen
American operation "Love Donald"
Conductors of American democracy asked for things to go
112 comments
Information
Dear reader, to leave comments on the publication, you must to register.