The weak spot of the US Airborne Forces: problems with the landing of equipment 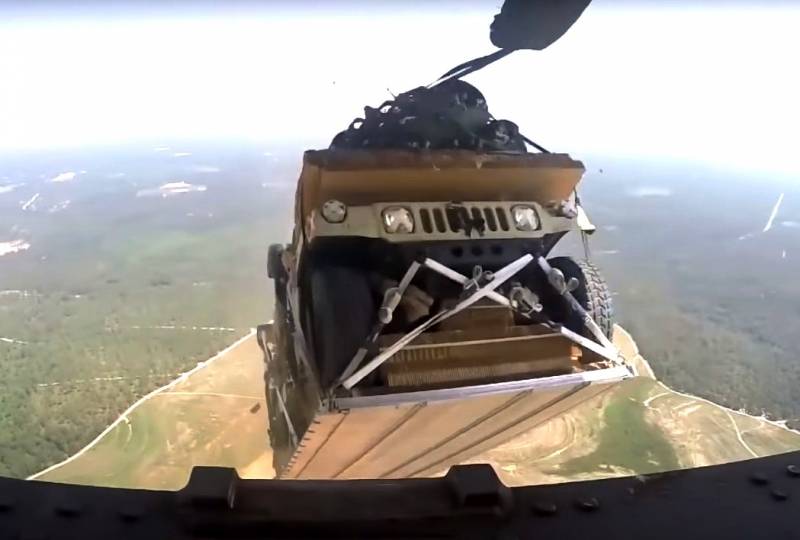 The U.S. Army plans to expand the ability to drop its vehicles, including light combat vehicles. In the near future, the US Armed Forces will announce a competition for the creation of a new airborne landing system.


Increased attention to the issues of landing military equipment in the American army is not accidental. The United States conduct military operations in different parts of the world, regularly deploying around the world, including thousands of kilometers from its borders, a large number of personnel and equipment.

How and what equipment is the US Armed Forces landing?

The weak point of the US Armed Forces in terms of airborne landing of military equipment is parachute systems. Americans can still parachute only light combat vehicles HMMWV (Humvee), LSV and L-ATV, as well as M119 howitzers. The equipment is mounted on special platforms with parachute systems that roll out from airplanes into the air.

The US Army is not able to drop parachutes with heavier equipment, unlike the Russian airborne forces. The only exception at the time was the M551 Sheridan light tank, which was landing using landing platforms, but in 1997 it was withdrawn from the arsenal of the American army. It is possible that the new light tank, developed under the Mobile Protected Firepower (MPF) program, will be able to replace the Sheridan in the arsenal of the airborne units and it will also be able to land from low altitudes.

For landing of cargoes and equipment of more significant weight, the US Armed Forces have traditionally used the Low Altitude Parachute Extraction System (LAPES). It is about a height of 1,5-3 meters from an S-130 aircraft. As the aircraft approaches, the crew releases the landing gear and drops to a three-meter height at a speed of 210 km / h. A stabilizing parachute is thrown out of the cargo hatch, which ensures the opening of the exhaust parachutes. Further, the cargo platform exits with a small positive angle of attack and is braked by the friction of the platform on the ground and exhaust parachutes.

By the way, the American military command is still in fierce debate about the future of the US airborne troops. One position is to develop them to the level of the Russian Airborne Forces, including creating opportunities for landing military equipment, and the other is to leave everything as it is, or even remove the parachute component, turning the airborne units into airmobiles, the landing of which occurs after landing aircraft. 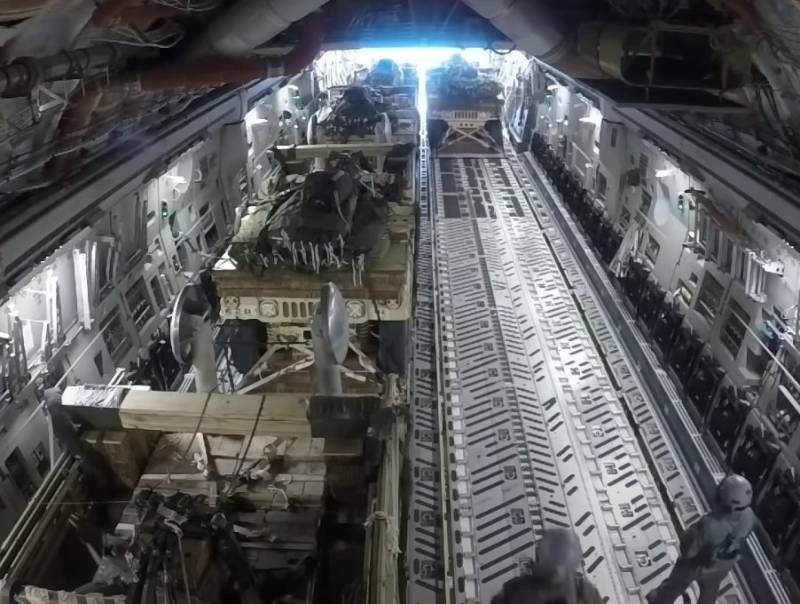 Improving the capabilities of landing equipment with S-17

Currently, the main US military transport aircraft are the Boeing C-17 and C-130. The technical capabilities of the S-17 aircraft allow the simultaneous delivery of 8 HMMWV - wheeled SUVs.

However, taking into account the weight and dimensions of the vehicles, currently, planes take on board no more than 2 HMMWVs. The command considers this amount of light military vehicles transported to be clearly insufficient. Therefore, the task was set to increase this number to at least 4 machines and create opportunities for their effective landing. 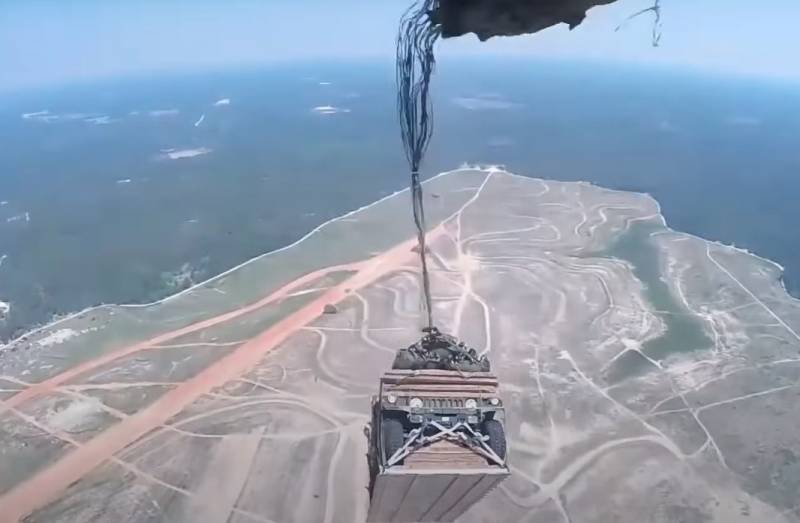 In addition, the United States is testing the ability to drop light multi-purpose armored car JLTV. A year ago, tests were carried out on the basis of the 82nd Airborne Division. According to Wayne G. Lovely, an analyst with the US Airborne Special Operations and Special Operations Department, JLTVs are parachuted and then checked on the ground to see if they were damaged during the landing and whether they can be used in combat.

Ctrl Enter
Noticed a mistake Highlight text and press. Ctrl + Enter
We are
When replacing means a radical change. Overview of light armored vehicles. (Part of 1) USAMRAP v Iran
46 comments
Information
Dear reader, to leave comments on the publication, you must to register.