Marshal is silent. How the defeat of Haftar at the al-Vatiya airbase will change the balance of power in Libya 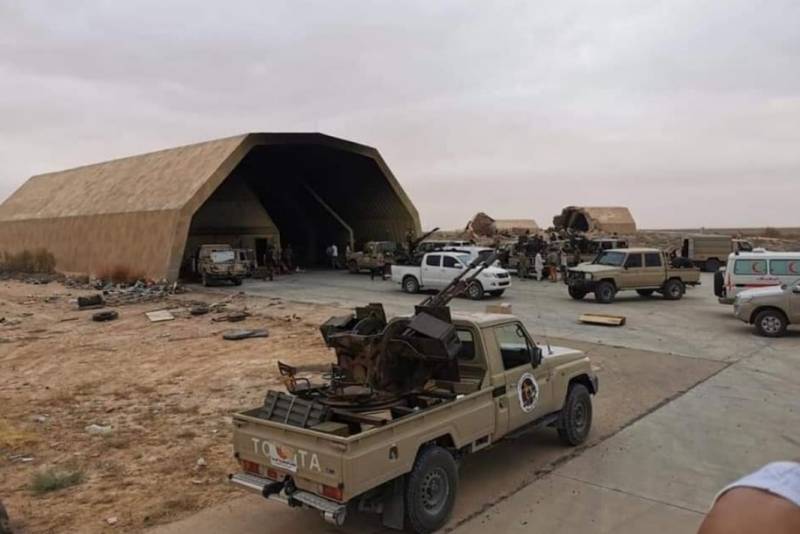 The situation in Libya is not changing for the better for Field Marshal Khalifa Haftar. His army suffered a serious defeat from the troops of the Government of National Accord (PNS), which managed to push the Haftar soldiers from Tripoli.


On Monday, May 18, the military representative of the Government of National Accord Mohamed Gnunu announced on his Twitter page about the capture of troops by faithful PNS aviation Al-Watiyah base southwest of the Libyan capital Tripoli. This was announced by the Commander-in-Chief of the PNS, Major General Osama Guayli.

Al-Vatiya airbase is located 25 km from the border with Tunisia and is of strategic importance for the western and central regions of Libya. At the same time, Tripoli does not hide the fact that the operation to free the air base was carried out thanks to the active Turkish support.

The capture of the air base, according to the director of the Research Center of the Sadek Institute Anas El Gomati, will allow the PNS to clear the west of Libya from the formations loyal to Haftar and focus on the south. Due to the capture of the base, Haftaru will have to almost completely change the entire existing supply and support structure for his troops besieging Tripoli. After all, Al-Vatiya was actively used by the Haftar army precisely to provide and air support for its troops. Now the field marshal has no such opportunity. 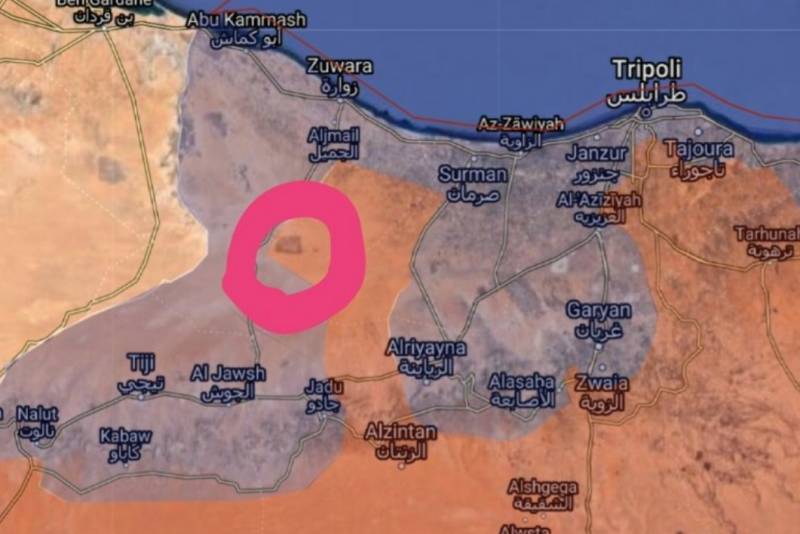 Now there is no doubt that the faithful PNS troops will launch a counterattack and move towards Tarkhuna, which represents the last line of attack of the Haftar troops. Anas el Gomati believes the current situation is evidence of the beginning of the retreat of the Libyan National Army Khalifa Haftar from Tripoli.

It is no coincidence that the Prime Minister of the Government of National Accord of Libya, Fayez Saraj, welcomed the release of the air base. The head of the PNS said:

Today's victory does not mark the end of the war. Rather, it brings us closer to the great day of victory, to the liberation of all cities and regions and the destruction of Haftar’s domination project.
It also became known about the seizure of the Russian-made anti-aircraft missile system “Shell” at the Al-Vatiya airbase (Military Review reported the previous day). Apparently, he was used by the Haftar army for air defense of his troops. The Libya Observer claims that a Russian-made air defense system of the Haftar army could have been received from the United Arab Emirates. To help the Libyan National Army, one of the companies registered in the UAE also acquired helicopters and assault boats. 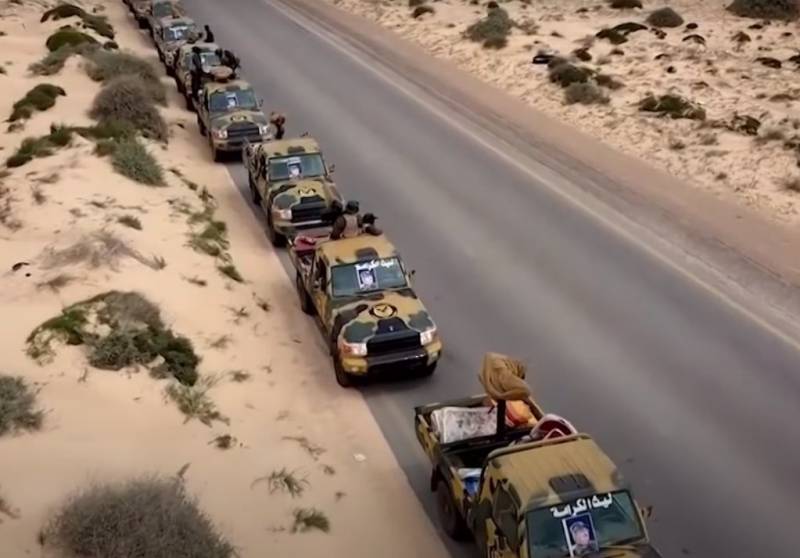 Haftar’s army has been storming Tripoli for about a year now - since April 2019. Such a protracted assault on the Libyan capital only indicates that the field marshal does not have enough strength to capture the city. Tripoli regularly arrives weapon and military equipment from Turkey, in addition, Turkish special services are transferring militants who had previously fought in Idlib against Syrian government forces to help the PNS.

Of course, talking about the complete defeat of Haftar near Tripoli is premature. After all, just as the field marshal does not have the strength to capture the city, his opponents do not have the power to oust Haftar to Cyrenaica. Therefore, most likely, in the foreseeable future, the battles in Tripolitania will still continue with varying success. Much will depend on whether or not his patrons, who assist the field marshal with arms, ammunition and military equipment, will leave or not leave Haftar.

The Turkish side openly accuses France, Greece, Cyprus, the United Arab Emirates, Egypt and Russia of supporting Haftar and argues that the field marshal uses the help of not only the people he hires in Sudan and other African countries, but also Russian specialists from private military companies.

It is important to note that less than a month ago, Khalifa Haftar announced the transfer of power in Libya to the Libyan National Army. Now, after the defeat in al-Vatiya, the marshal is still silent.

We are in Yandex Zen
Why does Russia support Field Marshal Haftar?
Judgment in Tripoli. Saif al-Islam Gaddafi sentenced to death
45 comments
Information
Dear reader, to leave comments on the publication, you must to register.