If the operation of Nord Stream-2 begins: the struggle for the European gas market 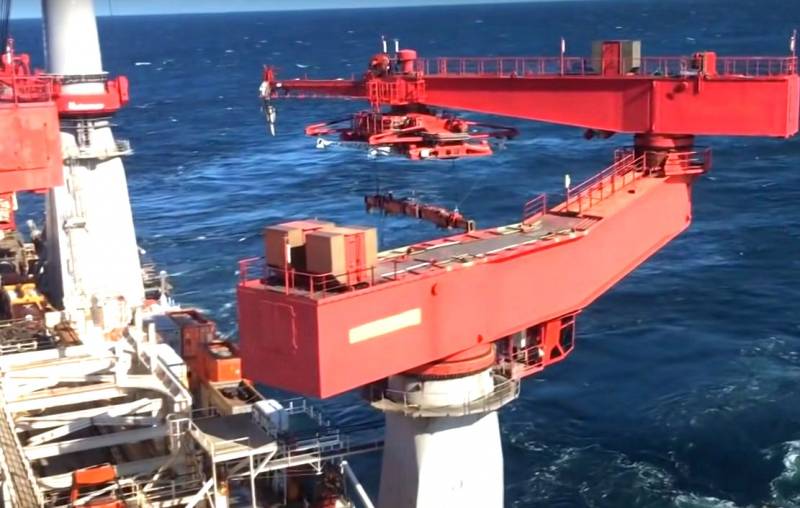 The United States is threatening yet another sanction against Nord Stream 2. The Russian gas pipeline is haunting the American leadership: Washington believes that it can seriously hinder the export of LNG to Europe, as well as minimize gas transit through Ukraine.

The fight for the European gas market

Of course, Ukrainian interests have never been a priority for the Americans, so the main reason for the confrontation with Nord Stream-2 is concern over the fate of the supply of liquefied natural gas to EU countries. Washington embarked on its favorite blackmail policy: the US side threatened severe sanctions to anyone who would help Russia build and launch SP-2.

Fear of US sanctions forced AllSeas, a Swiss-Dutch company, to retire, refusing to participate in the completion of Nord Stream-2. You can understand the company - the United States is capable of inflicting tremendous financial and reputation damage through its sanctions.

Now Gazprom will have to finish building the gas pipeline on its own and continue the struggle for the European gas market. But since the Russian natural monopolist has such technical capabilities, there is no doubt that SP-2 will start working sooner or later. In this case, trivial competition will put things right: the more expensive American LNG is not a competitor to cheap Russian gas, so there is no doubt that the European consumer will make its choice.

By the way, the pandemic also made adjustments to the "gas distribution" in Europe. In conditions of forced self-isolation and shutdown of many enterprises, gas consumption and, consequently, demand for it decreased. In this situation, Gazprom turned out to be the beneficiary, since Russian gas is much cheaper than American LNG. If the SP-2 is launched, this will be another plus in the treasury of the Russian gas giant. American companies simply cannot afford to lower LNG prices because of its high cost and shipping costs to Europe.

Since Washington is well aware of the implications of building SP-2 for LNG exports to Europe, the American leadership is pushing the European Union to force Gazprom to comply with the European Gas Directive. If Gazprom does everything as dictated by this document, then the cost of Russian gas will increase. Thus, the obvious difference between buying Russian gas or American liquefied gas will be reduced, which is what the United States is seeking.

In the fight against Nord Stream-2, the American side also actively involved its satellites - Poland and Ukraine. The first demonstrates a desire to completely abandon Russian gas, which is dictated more by political considerations than by economic realities. Therefore, the Polish side is so tough on Gazprom. 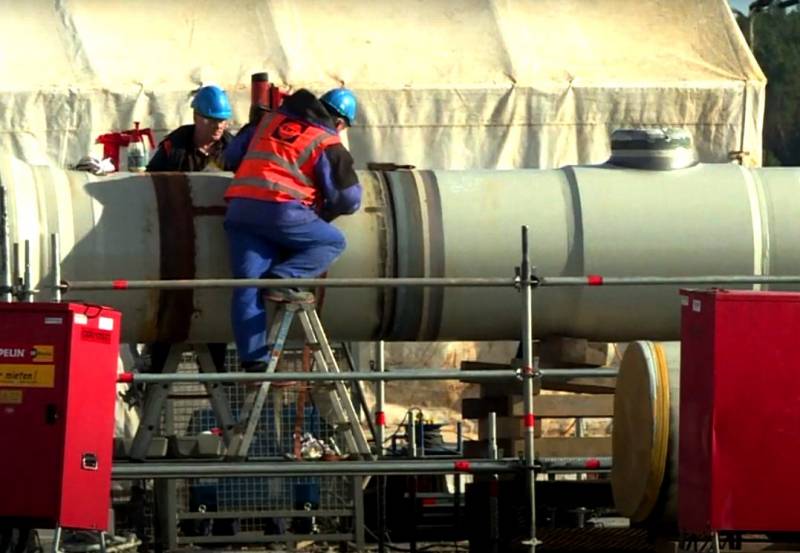 With Ukraine, everything is different: although Kiev expressed concern about the future of gas transit, Vladimir Putin and other Russian dignitaries have repeatedly stated that they are not against continuing the transit of Russian gas through Ukrainian territory, albeit to a lesser extent than before. The United States, thanks to the sanctions imposed, created such a situation that the agreement with Ukraine should be regularly renewed. However, it is unlikely that even without pressure from the US and the EU, Russia would have finally refused gas transit through Ukraine, at least partially, even if Nord Stream-2 began operation. That is, transit to Europe through Ukraine in any case would remain. Another question is how much ...

The goal is to neutralize the European economy?

The desire to enrich themselves through the sale of LNG to Europe is the tactical goal of the United States, and there is also a strategic goal - to artificially slow down the development of the European economy due to high gas prices. After all, LNG is on average 30% more expensive than Russian gas ("pipe").

If the American side managed to “hook” the European Union on American LNG, then the economies of Germany, France and a number of other European countries, forced to bear large expenses, would develop at a slower pace and would not pose a serious threat to the economic domination of the United States. Incidentally, Russian President Vladimir Putin spoke about this in one of his speeches.

Along with political leverage and economic pressure, the United States is using another trump card in the fight against Russian SP-2 - the so-called The “environmental movement”, which, under the guise of fighting environmental pollution, is actually trying to weaken the economic potential of European countries. Note that it is in the European Union, and not in the United States, that the positions of the “green” are most strong. In the USA, they are not allowed to determine the country's economic policy, but they are doing everything possible so that in Germany the environmental movement remains one of the most influential political forces.

You can be sure: the struggle for gas for Europe is just beginning. It is difficult to predict what the future conflict of interests of the USA and Russia around Nord Stream-2 will lead to. However, some American experts are now advising the White House to shift the focus of attention to the east, since the Asian energy market is more promising than the European one, and in this regard, another Russian gas pipeline - the Power of Siberia - poses even greater danger to the US than SP-2 .

We are in Yandex Zen
Interest Matrix
The past, present and future of Russia's energy strategy
53 comments
Information
Dear reader, to leave comments on the publication, you must to register.