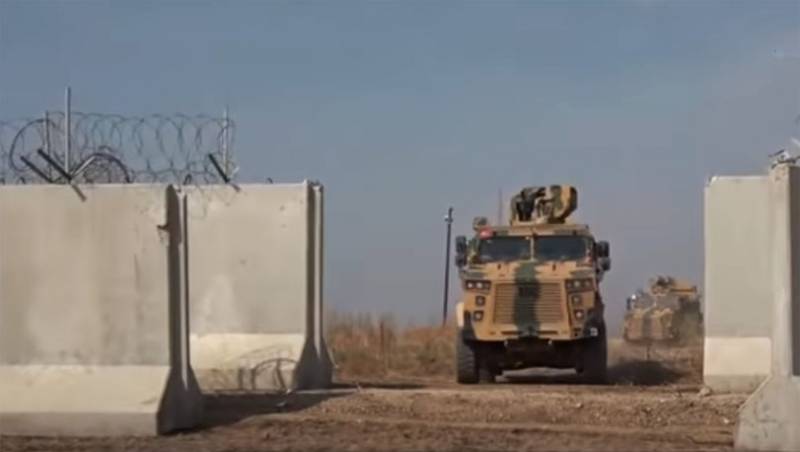 From the north of Syria there are reports of Turkish activity. According to reports, dozens of Turkish trucks with construction materials arrived in Hasek province.


It is noted that in addition to building materials, trucks delivered ready-made concrete structures to the region of the Syrian city of Ras al-Ain, as well as construction machinery and equipment.

Syrian sources say that Turkey is going to use all this for the construction of a concrete wall in northeast Syria. We are talking about the beginning of work in the Syrian territories, which in Ankara is called the "security zone". These territories are inhabited mainly by ethnic Kurds.

Earlier it was reported that the Turks had already erected a concrete fence in the north of Aleppo province. Turkey plans to create a buffer territory in the north of the SAR. Ankara wants to see this territory under its full control.

In the meantime, Kurdish armed groups are actively opposing Turkish actions. Today it became known about the next clash between the Turkish military and the forces of the YPG. The battle ensued in the area of ​​the village of Harbel (Aleppo governorate - approx. "Military Review"). Reported on the use of Turkish troops barrel artillery and mortars. Losses on both sides have not yet been reported.

Ctrl Enter
Noticed a mistake Highlight text and press. Ctrl + Enter
We are
Reports from the militia of New Russia for 27-28 September 2014 of the yearDecember 2010 years. Russian March. Senseless and merciless? Notes not a Russian person
51 comment
Information
Dear reader, to leave comments on the publication, you must to register.