The worst airborne operations in history 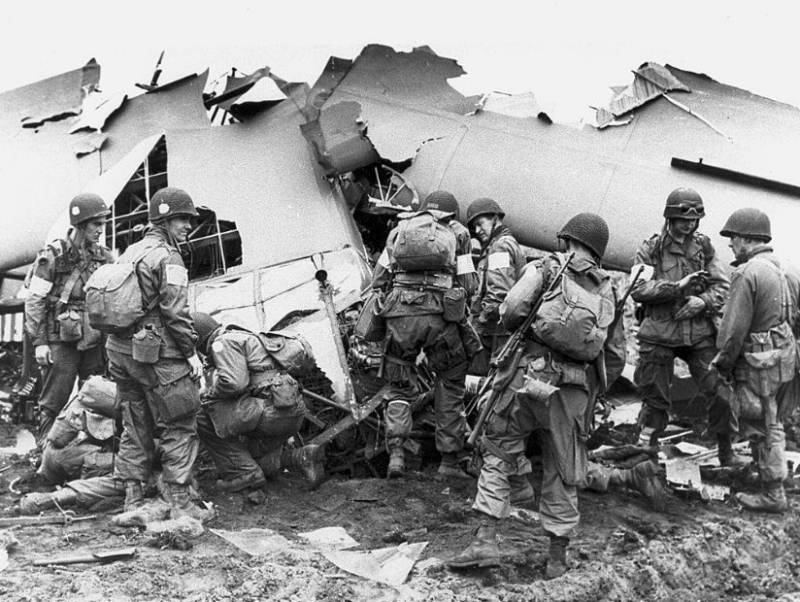 History keeps a memory of many feats of naval and airborne assault forces of both our country and other states. But not always naval and airborne landing operations ended successfully. Failures were not so rare either, not due to the fault of ordinary soldiers and officers, but because of a combination of objective factors and mistakes in planning the landings.


I will present a variant of the three worst landing operations.

On September 17, 1944, Operation Market Garden, better known as the Dutch Operation, began. It became the largest airborne operation in history, carried out by parachute landing.

The command of the US and British forces hoped to bypass the so-called Siegfried Line (a military fortification system built in the late 1930s in Nazi Germany - approx. "Military Review") and go to industrial areas of Germany. Units of British and American troops were involved in the operation. In total, 1344 transport aircraft, 1851 airborne gliders, 1240 fighters, 1113 bombers took part in the operation. Airborne units with a total number of 34 soldiers and officers managed to land on German rear. Such a powerful airborne landing of the enemy was a complete surprise for the Germans.

However, since the British paratroopers landed 10 km from the main goal of the operation - the bridge over the Rhine at Arnhem, they lost the main advantage over the enemy - the effect of surprise. Failures of radio stations led to the loss of communication between units. The situation on the next day did not correct the landing of the second part of the landing: by this time the Wehrmacht had already sent impressive reinforcements to Arnhem. 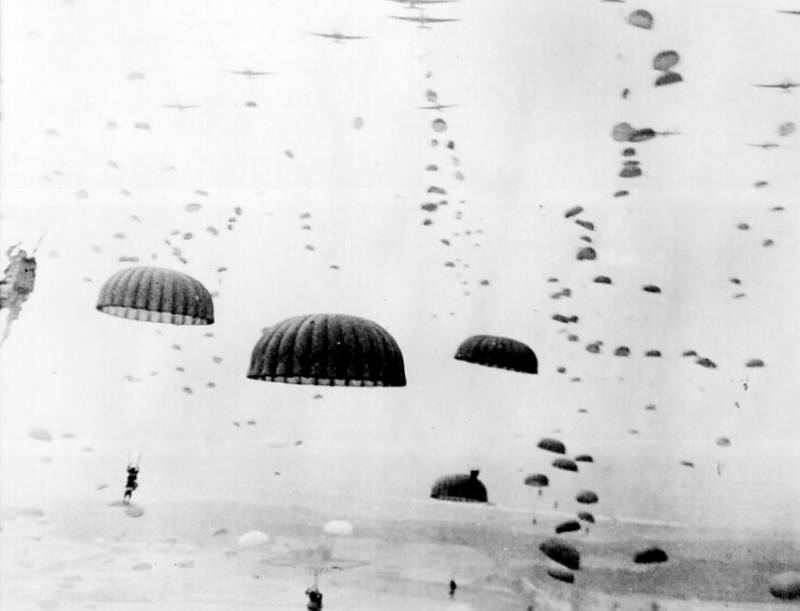 The main objective of the operation, which was to create a corridor for the invasion of Allied forces from the north-western direction, was never achieved, and huge losses proved the erroneousness of such large-scale operations by parachuting.

The infamous "Bukrinsky landing" was one of the largest airborne operations of the Red Army during the Great Patriotic War. The operation was carried out from September 24 to November 28, 1943 to help the troops of the Voronezh Front in crossing the Dnieper. The task was assigned to the 1st, 3rd and 5th airborne brigades, combined for this in the airborne corps under the command of the Deputy Commander of the Airborne Forces of the Red Army, Major General Ivan Ivanovich Zatevakhin.

Shortcomings and errors in planning the operation and the organization of the landing cost the Soviet paratroopers very expensive. Some of the aircraft were not able to land at all and returned to the airfields, the other was attacked by German anti-aircraft artillery. Therefore, only 4575 paratroopers managed to be "thrown out", including 3050 from the 3rd Airborne Brigade and 1525 from the 5th Airborne Brigade. Another 2017 people, as well as all artillery and landing mortars, were not thrown away.

Separated groups of paratroopers operated in the Kanevsky forest area and had no connection with the front command. Nevertheless, the commander of the 5th brigade, Lieutenant Colonel P.M. Sidorchuk, managed to unite about 1200 soldiers and officers into a combined brigade and get in touch with the partisans, and then with the 52nd army.

I note that the first airborne assault conducted by the Voronezh Font on September 24 failed, causing massive unnecessary casualties. This happened not only through the fault of Comrade. Violinously, but also through the fault of Comrade Yuriev (pseudonym G.K. Zhukov - approx. "Military Review") and comrade Vatutin, who were supposed to control the preparation and organization of the landing,
- described the results of the operation, Joseph Vissarionovich Stalin.

The Supreme could be understood: of the 4,5 soldiers and officers who had landed, the casualties amounted to 3,5, and the goal of the operation was never achieved. However, to the credit of our paratroopers, it is worth noting that, having landed behind enemy lines, they pulled significant German forces onto themselves and inflicted great damage on them.

Naval landing operations during the Second World War were also not always successful. So, the very bad consequences were caused by the unsuccessful landing of the Canadian forces during Operation Anniversary on August 19, 1942.

The command of the Allied forces set the task to land on the French coast of the English Channel and capture the city of Dieppe. British landing ships escorted by destroyers and gunboats left the south coast of England. The main part of the landing was the Canadian infantry with the support of the British marines. 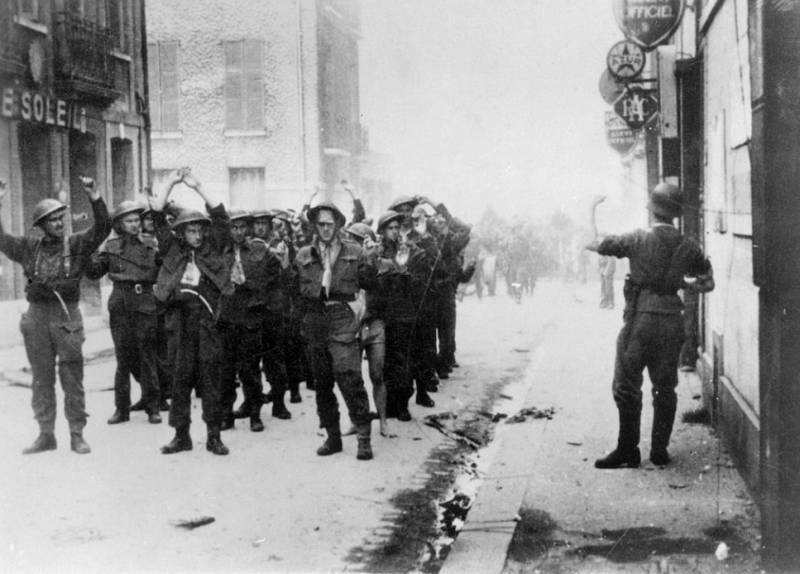 Canadian soldiers captured by the Germans
On August 19 at 4:50 a.m. Canadians landed on the coast attacked 2 German artillery batteries. Canadians counted on the effect of surprise. But in Bernevall and Pua, German troops were alerted an hour earlier, due to a shootout in the coastal zone. The only accomplished task in the end was the capture of the coastal battery of Warengville. Nevertheless, at 05:20, the Canadian infantry launched an assault on Dieppe (a city in Normandy - a commentary on the information-analytical portal Military Review), but the Germans managed to repulse the first wave of the assault on the city.

Main part tanks the landing was destroyed by coastal artillery fire and strikes aviation from the air, and six tanks, which nevertheless managed to break through, were destroyed already in the city itself. Major General John Roberts, commander of the 2nd Canadian Infantry Division, who commanded the landing, was forced to order a retreat. The losses of the Canadian army were impressive: 3367 soldiers and officers killed and captured, another 550 lost the British. To General Roberts, the failure at Dieppe was worth the job.

If we talk about airborne operations, then according to the results of the Second World War, most countries of the world refused to conduct large-scale operations with the landing of paratroopers using parachutes. As a result, during subsequent landing operations during the hostilities in Vietnam, Afghanistan, and other countries, such losses and failures were avoided. However, mistakes also occurred decades after the Second World War. Why is there one failed special operation of the US Armed Forces in Mogadishu, about which so much has been written.

We are in Yandex Zen
About Stalin and Khrushchev
Military reform as an integral part of the security concept of the Russian Federation: Systematic dynamic assessment
190 comments
Information
Dear reader, to leave comments on the publication, you must to register.