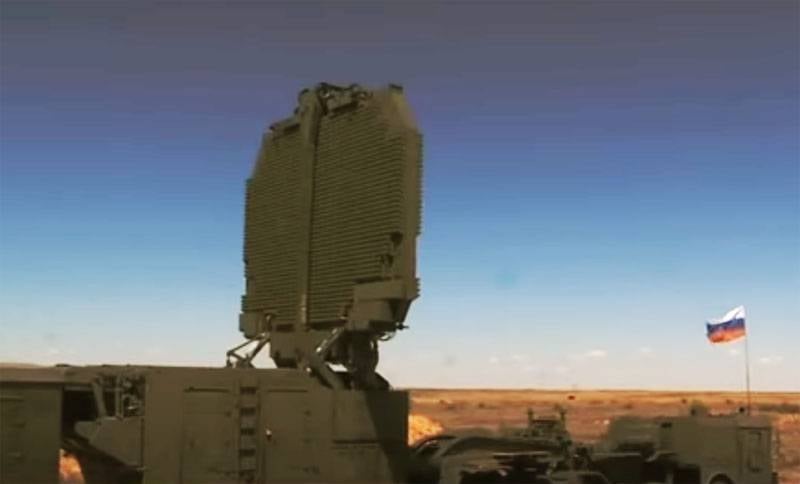 In the West, they are closely watching how the implementation of the program for creating the promising S-500 Prometheus anti-aircraft missile system is progressing in Russia. Recall that earlier representatives of the manufacturer noted that the S-500 will be in service with Russian units and formations in the near future. These words and the very fact of the imminent appearance of the latest air defense systems in the Russian Armed Forces aroused concern in NATO.


Mark Episkopos, columnist for The National Interest, an American publication, called data on the imminent adoption of the S-500 in service in Russia “bad news for NATO. "

The author notes that the promising S-500 Prometey complex, which he calls the Triumfator-M, has a number of undeniable advantages over the existing air defense systems.

The new generation of Russian missile defense S-500 boasts many best-in-class features.
It is assumed that the complex is capable of deploying anti-ballistic missiles at 600 kilometers, which is 200 kilometers more than the formidable S-400. The flight range of the S-500 corresponds to the equally impressive ability to track and intercept up to ten missile warheads flying at a speed of more than 4 miles per second (more than 6,4 km / s - approx. “VO”).

One of the main questions that are being asked in the West today in connection with the development of the S-500 by Russia is whether the S-500 can detect and, if necessary, shoot down fifth-generation F-35 aircraft of various modifications. The answer to this question is important primarily for the United States. Indeed, if the stealth technology implemented on the F-500 turns out to be an open book for the S-35, then this may strike even not the F-35 prestige itself, but its commercial program, so to speak.

F-35 is one of the largest US commercial projects in the military-technical industry over the past few decades. The program has already “eaten up” hundreds of billions of dollars, and therefore the manufacturer expects an increase in purchases of fighter jets both in the United States and in the allied countries. And if it suddenly turns out that the S-500 “Prometheus” radars “see” the F-35 in any flight mode, if the complex is capable of intercepting missiles that are currently in use with American weapons, then this will be a lower-than-belt strike for the entire American defense industry, including that fifth generation fighter program.

Against this background, an additional trump card will appear in the new-generation Russian fighter Su-57, which is being prepared for deployment to the arsenal of the airborne forces. It consists in the fact that for the modern fighter "stealth" technology plays far from an advanced role. Other parameters of the aircraft are much more important, including its maneuverability, which is determined including its engines.
Ctrl Enter
Noticed a mistake Highlight text and press. Ctrl + Enter
We are
Reports from the militia of New Russia for 27-28 September 2014 of the yearInterview of Vladimir Putin with Radio Europe-1 and TF1
142 comments
Information
Dear reader, to leave comments on the publication, you must to register.