War melodies. What in the Great Patriotic War they sang in the USSR and among the allies 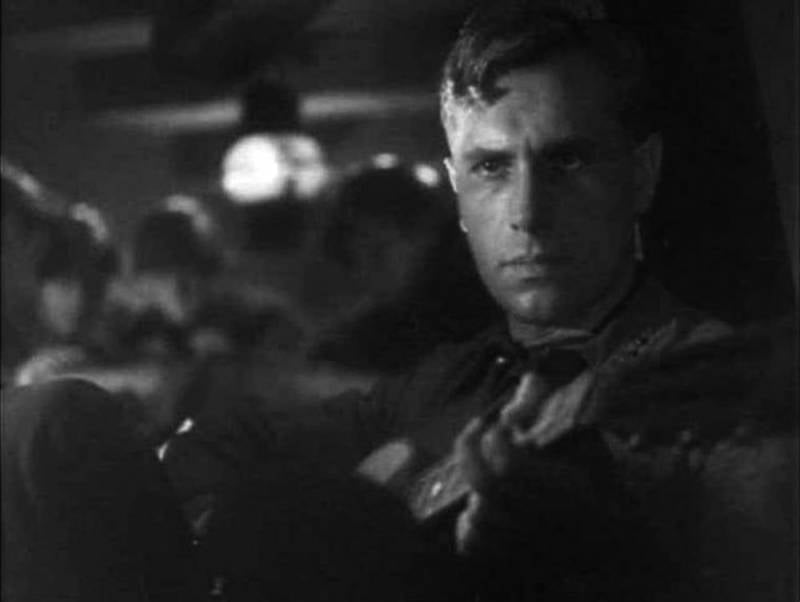 Indeed, the words that the soul of the people is best manifested in their songs are genius. How differently the terrible time of war was perceived in our country and in the states that subsequently shared the Victory with it as participants in the anti-Hitler coalition, it becomes perfectly clear from what trace this time left in the work of their poets, composers and singers. Let's try to compare.


First of all, we are not talking about "official" military marches and other similar music. And not even about the "Holy War", which is simply impossible to compare with anything. This, in my opinion, is not a song at all, but a kind of mercilessly tearing soul anthem of the army, acting in a sacred battle with universal evil. No one has ever succeeded in creating anything close and similar in strength and depth of influence ... Compositions like the "Anthem of Stalin's Artillery" stand out as well, from which they emanate with such indestructible power and will to win that they take your breath away to this day.

By the way, in the West, some people are trying to make fun of the fact that almost every Soviet military song mentioned Comrade Stalin: here, they say, Churchill and Roosevelt were not so glorified, but the Russians had continuous propaganda here too! What can I say ... Not praised - that means they did not deserve. Throw the chief out of the same "Volkhovskaya feast" and what happens? At one time, by the way, this was done, but now, fortunately, in the mouths of self-respecting performers, songs of the war years sound as expected - without the shameful obliteration of the name of the creator of Victory.

But, of course, there are many compositions where even the most severe critic will not find even a hint of propaganda, at the first bars of which tears in the eyes of every veteran of the Great Patriotic War came to their eyes. "Dark Night", "Dugout", "Blue Handkerchief" ... Are these songs, which have become truly popular, soldier's, in the best sense of the word - trenches, about war? Certainly. And also about the warrior's light longing for home, for his loved ones, for the peaceful life that he protects. "You are waiting for me, you are not sleeping by the crib, and therefore, I know, nothing will happen to me ..." There are probably no other lines (except perhaps with the exception of the immortal Simon's "Wait for me") that so forcefully praised the loyalty of the soldiers' wives and the faith of the soldiers in the saving power of their love.

Soviet war songs, even lyrical, are solemn, sad and shrill. Something mischievous and perky like the famous "Bryanskaya Street" began to appear at the very end of the Great Patriotic War, when the mortal threat hanging over the Motherland passed and there were only two goals left: to reach Victory and finish off the enemy in his lair. Is it any wonder that the compositions in the United States, which were also allegedly subjected to a treacherous attack by the enemy in 1941 and entered the war, sounded completely different? Not a single enemy bomb fell on their land, the boots of the occupier did not step. Their cities and villages did not burn in the flames of fires, and the price of victory, to be honest, was completely different. For the vast majority of Americans, the war was, of course, something terrible and tragic, but infinitely far from them personally.

For example, quite popular in 1943 “This is the army, Mr. Jones "describes the" horrific hardships "of the drafted Mr. Jones, who now has to do without" private rooms, maids and breakfast in bed. " Poor thing ... The song "Boogie Woogie, Bugle Boy" is about the same - about a jazz trumpet who got into the army as a bugler and was deprived of the opportunity to improvise. True, the clever captain quickly assembles a whole orchestra for the suffering talent, in which he begins to raise the morale of his comrades. Such is the war - with jazz and boogie ...

The only American song that stuck with us was "Comin 'in on a Wing and a Prayer" ("On one wing and at prayer"). Well, that is, "On parole and on one wing" in the version of the immortal Leonid Utesov, who removed the "prayer" from it, just in case. The rest of the translation is very accurate. For the sake of fairness, it is worth mentioning that this composition was born "based on" Operation Gomorrah, during which the Anglo-American Air Force literally wiped Dresden and other German cities with no special military significance from their faces, working out their future "crown number "- massive carpet bombing. Each has its own war ...

Great Britain was most prominent in the song stories war with two really beautiful songs performed by singer Vera Lynn: "We'll Meet Again" and "White Cliffs of Dover" ("White Cliffs of Dover"). In both, there is bright sadness and a timid hope that the war will not be able to take away such a fragile love, its own little personal happiness. “We will meet again, I don’t know where or when… Just keep smiling”, “We are fighting evil skies, but blue birds will soar over the white cliffs of Dover again. Just wait and see ... "Someone" will not have black wings over the Motherland to fly ", someone -" blue birds over the cliffs. " The differences in mentality are obvious.

And in conclusion - about the war song, which turned out to be so successful that it was even proposed to make it the national anthem of France. It was called "The Song of the Partisans", and now it sounded words not about love and sadness: "Hey, soldiers, take bullets, knives, kill faster! We go, we kill, we die ... ”Here the war, the call to resist the enemy, to defeat him, albeit at the cost of his own life, were in every line. Here is just a Russian wrote this composition - Anna Smirnova-Marly, nee Betulinskaya. She, taken to France at the age of three, after the Nazi occupation of the country managed to move with her husband to Britain, where she joined the Resistance, becoming his voice and troubadour. The song, for which Anna was subsequently awarded the highest praise by Charles de Gaulle and the Order of the Legion of Honor, had to be translated into French ...

The soul of the people, its indomitable and invincible spirit are in its songs.

Ctrl Enter
Noticed oshЫbku Highlight text and press. Ctrl + Enter
We are
"Seventy ddvoyka" Captain Pevtsov stormed KomsomolskThe main song of Russia. December 11 The 1833 of the Year at the Bolshoi Theater in Moscow for the first time performed a public anthem of the Russian Empire.
Military Reviewin Yandex News
Military Reviewin Google News
167 comments
Information
Dear reader, to leave comments on the publication, you must to register.