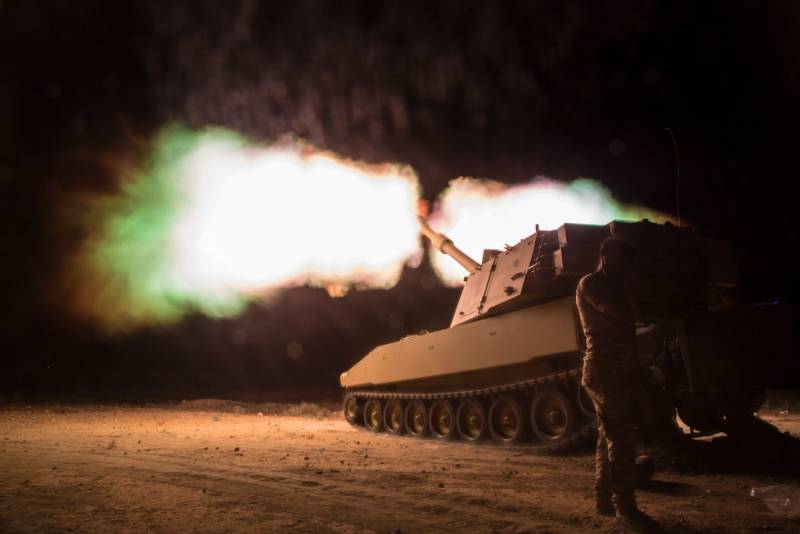 Commenting on the latest information on the study by specialists of the American and Western European military-industrial corporations Lockheed Martin, Raytheon, MBDA, etc. draft designs of promising long-range guided artillery shells, inconspicuous supersonic long-range anti-ship missiles, highly maneuverable air defense missile interceptors and air combat missiles, as well as other advanced aerospace attack weapons, jingoistic patriotic journalists and regular observers of the majority of domestic news and military analytical publications are often inclined to be ironic and question the success of subsequent R&D with the final embodiment in the hardware of one or another tactical and technical assignment issued by the US defense department.


Meanwhile, this approach has absolutely nothing to do with objective military-technical analysis, reflecting the true state of affairs in this or that arms development program of our Western "colleagues", which in the end will not allow the RuNet audience to soberly assess the degree of threat posed by the NATO Allied Forces both in the case of escalation of local conflicts in limited areas of the European, North Atlantic or Middle Eastern theaters of operations (theater of war), and in the case of an escalation of global conflict. So, until recently, against the background of pathetically announced development and full-scale tests of prototypes of a long-range 152-mm active-rocket projectile with a bottom gas generator (range of about 65-70 km) for integration into the ammunition of prospective ACS 2C35 “Coalition-SV” periodically appearing in Western European media space, information on the research and development work by specialists of the little-known Norwegian company Nordic Ammunition Company / Nammo as part of an ambitious project vnogo artillery shell "155 mm Solid Fuel RamJet» with an integral rocket-ramjet engine did not become a subject of interest Russian expert circles.

Moreover, the 155 mm Solid Fuel RamJet projectile mock-up, presented to the public during the 26th Eurosatory-2018 international arms and technology exhibition in Paris and published on the pages of hundreds of foreign military analytical sites, has repeatedly come under the ironic press criticism from some of our little-informed "couch" expert observers who found this project "technically unpromising and economically unreasonable."

In reality, the situation surrounding the implementation of the project of the long-range 155 mm Solid Fuel RamJet long-range guided artillery shell is completely different, which, unfortunately, opens up far from bright prospects for hypothetical "artillery artillery and artillery units of Russia" duels ”with both standard American and West European 155 mm field towed howitzers and self-propelled guns (German self-propelled guns PzH-2000, American M109A6 PIM, British AS-90 and American howitzer M777A2), as well as with the promising state-owned self-propelled guns M1299, equipped with more advanced guns with a significantly higher barrel life and a length of 58 calibres, which provides an improvement in ballistic qualities compared to standard M284 guns with a barrel length of 39 calibers.

In particular, while most of our observers and military experts were inclined to believe that the 155 mm Solid Fuel RamJet project faced with underfunding, as well as the highest capital and science intensity in the manufacture of units for combined rocket-ramjet engines, is on the verge of "freezing" , the headquarters of the American military-industrial giant Raytheon Missiles & Defense, which, taking advantage of the Norwegians' experience, suddenly transformed from an ordinary partner of the Norwegian-American program for the development of a projectile with a ramjet engine / IRPD THOR-ER (Tactical High-speed Offensive RamJet) in the main contractor of the XM1155 project. At the same time, all Nammo's design documentation for the combined / integral RPD design was miraculously resold to another Western European company specializing in the development of ramjet engines - the Dutch organization Nederlandse Organisatie voor Toegepast Natuurwetenschapzopelij. This opinion can be reached based on the data of the military analytical publication militaryparitet.com ("Military Parity"), referring to competent sources in the Center for the Development of Combat Capabilities of the US Armed Forces / Military Research Laboratory "Picantinny" ("Picatinny-Arsenal") , Raytheon headquarters; and the US defense department.

The zealous interest of the Pentagon and senior representatives of Reiteon in continuing to implement the THOR-ER program as a whole and received the XM1155 index of an artillery projectile projectile with an integrated RPM of 155 mm Solid Fuel RamJet in particular is not at all surprising, because the use of these shells in ammunition of the aforementioned Western European and American howitzers and self-propelled guns will allow the artillery units of the ground forces of the countries of the North Atlantic Alliance not only to establish parity, but also to achieve complete domination in hypothetical counter-battery "duels" with the Russian artillery barreled artillery at distances of more than 80 km.

First of all, it is a much longer period of burning out a powdered aluminum or paste-like fuel charge, providing the projectile with a specific thrust impulse of the order of 400-500 s, while the classic bottom gas generators-accelerators keep this parameter at the level of 240-300 s. A twice as high specific impulse of thrust will allow promising guided artillery shells XM1155 to strike at strategically important military infrastructure and firing positions of enemy artillery at a distance of 120-130 km or more (in operational depth), almost 2-2,5 times exceeding the figures Excaliburs, Krasnopoli-D, etc.

Secondly, it is possible to equip gas generators of these integrated rocket-propelled engines with a system for regulating the intensity of powder / paste charge supply to the combustion chamber with a depth of about 7: 1, due to which, for example, on the marching section of the flight path, this IRPD can operate in an economical mode (with a thrust of the order of 20%), providing the 155-mm projectile XM1155 with a flight speed of 600-700 m / s, while at the terminal portion of the trajectory the gas generator valve will open fully, ensuring maximum nd the flow rate of the fuel charge in the combustion chamber, which will allow the projectile to achieve speed 1000-1300 m / s or considerably higher kinetic energy to cause maximum damage the attacked entity.

As a result, a higher flight speed at the terminal portion of the trajectory will significantly complicate the tasks of detecting, taking for “escort on the aisle” and the final interception of XM1155 shells by means of military air defense systems that are in service with the air defense forces of the Russian Army, because self-propelled air defense systems of the Tor-M1V / 2U family / MKM ”have a maximum speed of the target hit of the order of 700 m / s (and not to mention restrictions on the effective reflective surface of intercepted objects). The prospective military Buk-M1155 air defense missile systems, featuring the 3M9MA missile launcher with the highly sensitive active radar homing system Slanets, as well as the self-propelled anti-aircraft artillery systems Derivation-Air Defense, of which 317 mm guided artillery shells.

Meanwhile, the use of 9M317MA arch-expensive interceptor missiles against XM1155 miniature shells can be considered a real utopia from an economic point of view, while even the Derivations-Air Defense battery will not be able to repel a massive strike by XM1155 shells, since the anti-aircraft artillery of these anti-aircraft artillery systems is not multi-channel . The only effective step in this situation could be the “defrosting” of a similar program for the development of 152- and 203-mm guided missile and direct-flow artillery shells for the self-propelled guns Msta-S / Coalition-SV and Malka, announced three years ago by senior representatives of scientific Production Association "Alloy".

Ctrl Enter
Noticed a mistake Highlight text and press. Ctrl + Enter
We are
How the US and the allies got the worst of the newest combat aircraftUSA - China: a new deterrence strategy
34 comments
Information
Dear reader, to leave comments on the publication, you must to register.