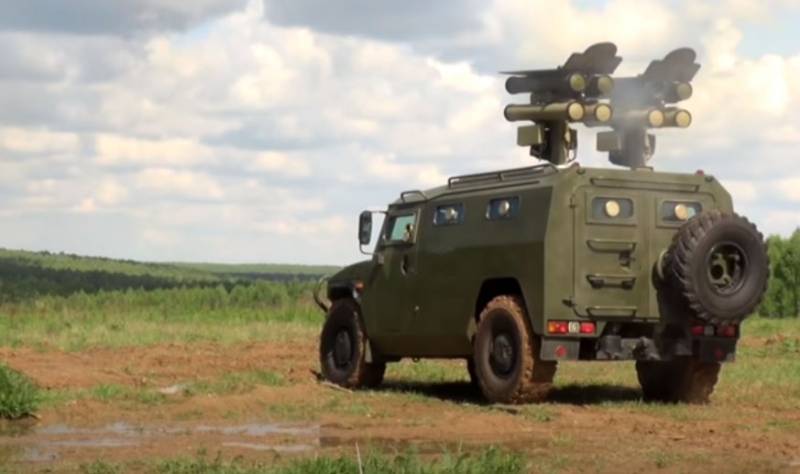 Each tank has its own anti-tank missile system, its own ATGM. Are modern anti-tank missile weapons really so effective that the armor of any tank? This issue is also on the agenda for the reason that there is an extramural confrontation between the tank builders and the creators of the ATGM. In this confrontation, even a trifle, which, it would seem, can be ignored, can play a decisive role. But in such a matter as the creation of weapons, there are no trifles.


One of the anti-tank missile systems with high destructive ability is the domestic "Cornet" - a tank destroyer of excellent efficiency.

Surprisingly, even if one army vehicle armed with anti-tank systems was put on the battlefield against a tank company, this vehicle would have many chances to stop tank advancement, or even become the sole winner.

In the next issue of Military Acceptance on Zvezda TV channel, a representative of the Kornetov manufacturing plant notes that if the ATGM calculation takes the opportunity to fire the shot first, then he will have an advantage in the ratio of 7 to 1. It also provides the anti-tank aiming range missile system, which is on average 3 km longer than the effective range of the tank itself.

Overview of anti-tank systems from "Stars":

Ctrl Enter
Noticed a mistake Highlight text and press. Ctrl + Enter
We are
Tanks of the USSR, before the warTank "Panther"
19 comments
Information
Dear reader, to leave comments on the publication, you must to register.