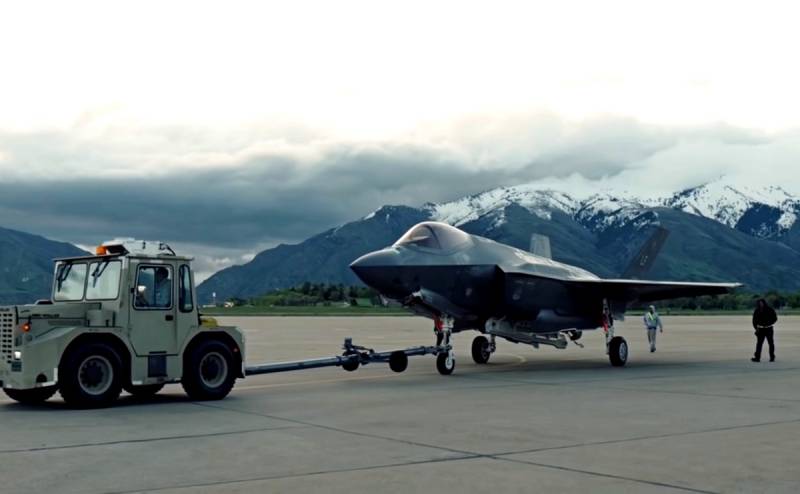 Batch production of fifth-generation F-35 fighters may run into problems due to the lack of components previously manufactured in Turkey. According to Breaking Defense, the US is urgently looking for a replacement for parts previously supplied by the Turks.


According to a report prepared for the US government, Lockheed Martin has already found new suppliers for 1005 fighter components previously manufactured in Turkish territory. However, 15 "important" parts for the F-35 are still not produced "in full", which can lead to problems with serial production.

TAI is the second-tier supplier for the aircraft, while most of the fuselage elements are manufactured by Northrop Grumman. It is highly likely that Northrop will take over the production of this component until another supplier is found to replace TAI.
- writes the edition.

Meanwhile, the F-35 creation program was criticized by US President Donald Trump, who said that "too many foreign manufacturers were involved in the production of fifth-generation fighter components." According to him, this makes the program "unstable." Trump proposed to focus on the territory of the United States "all production" of the fighter.

It's a great airplane, but it's just crazy when we expect components from around the world. We must do everything in the USA
- he said.

Recall that initially, nine partner countries participated in the F-35 program: Australia, Canada, Denmark, Italy, the Netherlands, Norway, Turkey, Great Britain and the USA. Currently, there are eight of them, since Washington decided to exclude Turkey from the program after Ankara acquired the Russian S-400 air defense system.

By the way, the Turkish television company TRT World on May 13 this year announced that the United States made the final decision to exclude Turkey from the program for creating the fifth generation American fighter.
Ctrl Enter
Noticed a mistake Highlight text and press. Ctrl + Enter
We are
Reports from the militia of New Russia for 27-28 September 2014 of the yearList of CIA-funded Russian public organizations
68 comments
Information
Dear reader, to leave comments on the publication, you must to register.