Russia has developed a new masking material for winter conditions 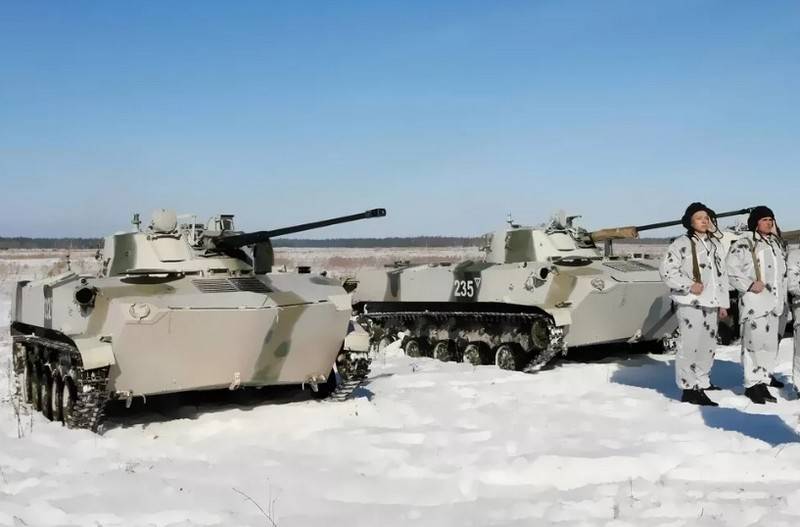 In the future, the Russian army may receive a new disguise for winter conditions, which allows hiding equipment in snowy terrain. According to RIA News referring to the press service of Roselectronics, the company's specialists have developed special radio-absorbing material for the winter period.


According to the report, the new radar absorbing material was created by specialists of the Central Design Bureau of Special Radio Materials (included in Roselectronics) based on filaments with a nanostructured ferromagnetic microwire. The material has been tested, a pilot batch has been released and it is ready for mass production.


At the moment, the development enterprise - TsKB RM - is ready for mass production of a new material based on filaments with a nanostructured ferromagnetic microwire, a pilot batch has already been released,
- said in a statement.

It is emphasized that the material makes it possible to reduce the detection range of masked equipment by ground-based radar detection equipment, as well as radar, by 3,5–4 times aviation the enemy. It has the ability to absorb 99,5% of the electromagnetic radiation of the radar, thereby not allowing to recognize the irradiated object.

The material is durable and specially designed for use at low temperatures.
Ctrl Enter
Noticed a mistake Highlight text and press. Ctrl + Enter
We are
Reports from the militia of New Russia for 27-28 September 2014 of the yearList of CIA-funded Russian public organizations
53 comments
Information
Dear reader, to leave comments on the publication, you must to register.