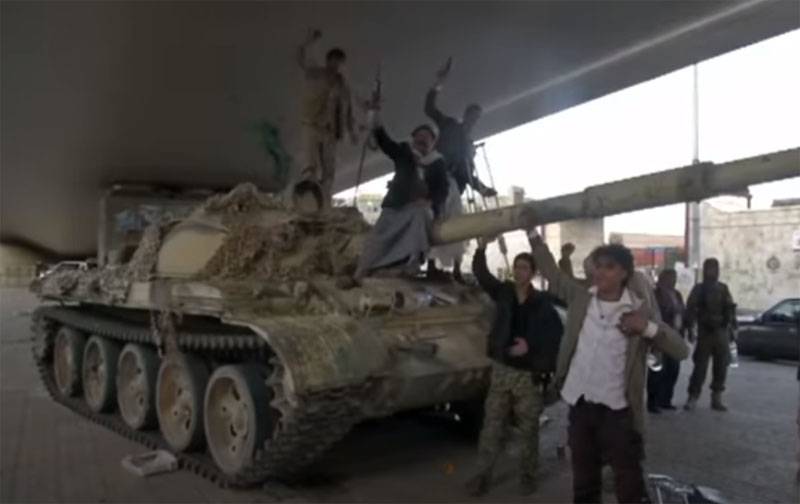 Continuing to lose its position in the oil market, not only in Europe, but also in the countries of South, East and Southeast Asia, Saudi Arabia is forced to think more about problems on the oil front, postponing the resolution of issues on the military front. We are talking about the ongoing operation in Yemen, where the Saudi coalition has been against the Ansar Allah group, also known as the Hussites, for many years now.


Amid falling oil prices, Riyadh decided to partially suspend hostilities in Yemen. However, the Hussites did not share the Saudi “complacency” in this regard and continued their attacks on those Saudi military, their allies and their military equipment, which is located in the territories occupied by the coalition.

In just the past week, Saudi forces have lost at least 2 armored vehicles and thrown up to ten infantry units weapons, including machine guns that were located at control points near roads.

The headache of the Saudi monarchy adds a decision that was adopted by the so-called Transitional Council of South Yemen, supported by the UAE. This organization actually announced the separation of the state - with the formation of South Yemen with a center in Aden. Representatives of the Transitional Council accuse the Yemeni authorities of non-compliance. And the Hussites accuse one and the other of collaborating with the occupying forces and refusing to protect the interests of the Yemeni people.

The Transitional Council, which was previously a temporary ally of the Yemeni government against the Hussites, began to build a border line, with roadblocks and other relevant attributes. The government of Mansour Hadi, in turn, called on the Saudi coalition to resume hostilities or at least to exert military-political pressure on the Transitional Council.
Additionally, calls are made to again oppose the Hussites "in order to prevent the intensification of separatism."

Meanwhile, the Hussites are clearly ready to take advantage of the problems of Saudi Arabia and all the "oil" monarchies of the Persian Gulf in order to strengthen their positions.

At the same time, with regard to the Hussite tactics, phrases that they “pulled off forces and means” to the built “border” line of “South Yemen” are impossible. This armed group understands that a full concentration of forces and assets will be an excellent target for coalition aircraft and attack helicopters. Therefore, the situation is as follows: a demarcation line is drawn, but there are no large groups going to oppose this, and even more so to go on the assault. Yes, and it is unlikely to be. The actions that the Hussites have been demonstrating recently fit into their usual tactics - using small units that have light weapons and high mobility in those areas where the enemy least expects this. This gives an undeniable advantage in the mountains.

The episode of the confrontation of the Southern Front against the Hussites. Their group came under fire, but it did not cause any significant damage to Ansar Allah.

And Saudi Arabia, realizing that it was bogged down in a war that cannot see an end and edge, is still taking a wait-and-see attitude, being forced to first deal with the solution of its own economic problems.
Ctrl Enter