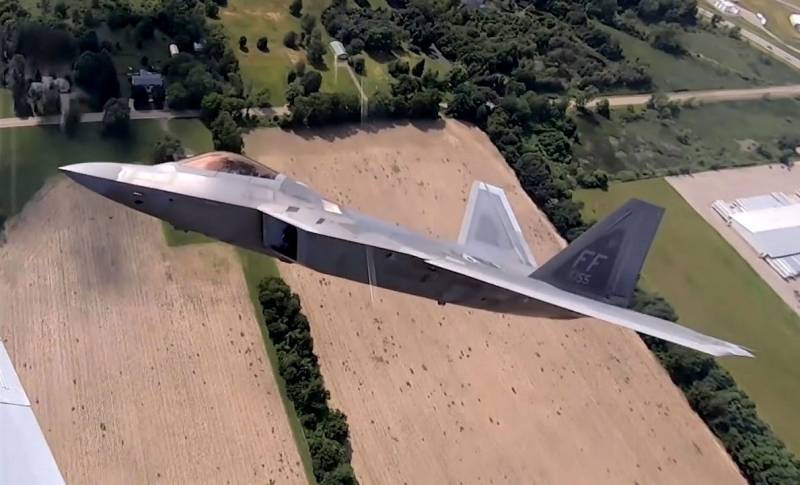 In the United States, some details were told about the fall of the fifth-generation fighter F-22. Initially, the information was not confirmed, appearing in the accounts of social networks. After some time, the material was confirmed by representatives of the Eglin military base and the US Air Force press service.


According to recent reports, the F-22 Raptor fighter performed a training flight in the airspace of the state of Florida. At one point, the aircraft, as stated, “became uncontrollable.” The pilot had to request permission to bail out.

After the bailout, the pilot was discovered and taken to one of Florida's hospitals. His condition is not currently reported.

In social networks, meanwhile, information appeared that the flight was a training session before a demonstration air show.

To clarify all the details and causes of the accident in the United States, a special expert group was formed, including representatives of the command of the military base.

The fighter was part of the 43rd squadron. It is based on the Eglin Air Force Base.

At the same time, the network began to publish footage from the car DVR, which showed the bailout of the pilot. But those shots had nothing to do with what happened in Florida with a fifth-generation fighter.

There are such frames:


How directly they relate to the incident with the F-22, has not yet been reported.
Ctrl Enter

We are in Yandex Zen
Results of anti-terrorist work on Dagestan in April 2014
Yuri Drozdov: Russia prepared the role of the sacrificial calf
119 comments
Information
Dear reader, to leave comments on the publication, you must to register.