The Indian Air Force revealed the secret of the letters RB in the tail of the fighter Rafale, transmitted by France 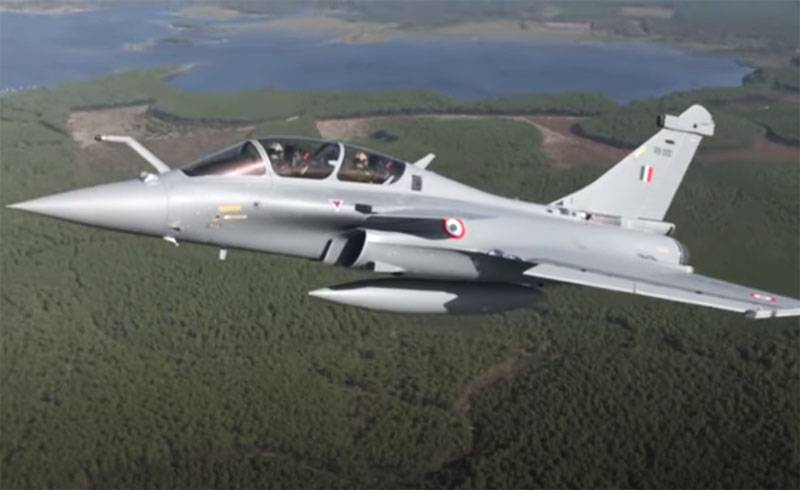 The Indian military command announces new agreed delivery dates for French Rafale fighters. The initial dates were postponed due to known events of an epidemic nature.


The Indian Ministry of Defense says that the country will receive the first batch of four Rafal fighters before the end of July.

They will be sent to the base of the Indian Air Force Ambala.

From a report from the Indian Ministry of Defense:

The rear parts of these aircraft are marked with letters - the RB series.
Journalists asked what this series means.

As an answer to the question, the secret of these letters was revealed on the tails of the French fighters of the Indian Air Force:

They correspond to the initials of the Air Force Commander-in-Chief, Chief Marshal aviation Rakesh Bhadauria, who played a key role in signing a contract with a French fighter manufacturer.
In general, India plans to receive 36 such aircraft from France.

The first "Rafali" will be piloted by pilots of the 17th squadron, which is called Golden Arrow ("Golden Arrow"), as well as by pilots of the French Air Force. It is planned that fighters should get from France to India with their “flight”. During the flight, they will be refueled by the French Air Force air tanker, make a stop at one of the airfields of the Middle East. It is not yet said which one. Next, the airplanes in the air will go through another refueling. It will be carried out by the Il-78 of the Indian Air Force, the equipment of which is already adapted for the Rafale fuel receiver.

By and large, planes could have arrived in India even without using an intermediate airfield, but for pilots a 10-hour flight may be too tedious.
Ctrl Enter
Noticed a mistake Highlight text and press. Ctrl + Enter
We are
Reports from the militia of New Russia for 27-28 September 2014 of the yearDecember 2010 years. Russian March. Senseless and merciless? Notes not a Russian person
19 comments
Ad