US handed over $ 25 million military assistance to Ukraine 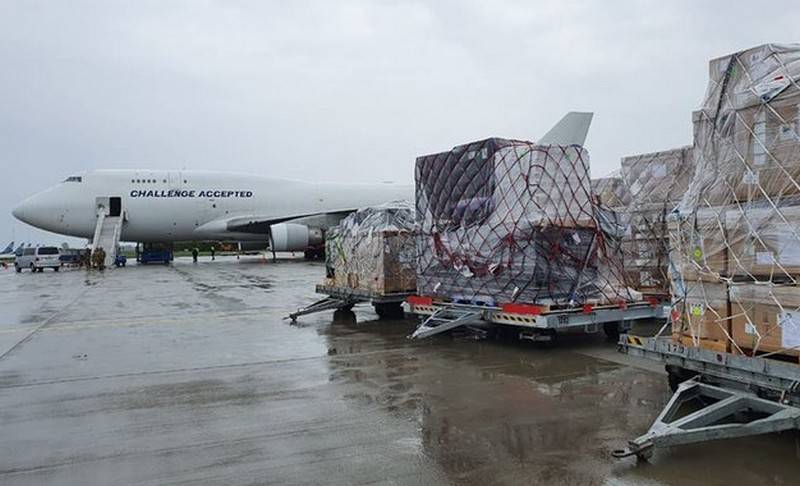 Another military assistance for the Armed Forces of Ukraine came from the United States. As stated in the press service of the US Embassy in Kiev, the equipment transferred is intended for use in the military operations zone of the Armed Forces in the Donbass.


According to the report, night vision devices, thermal imagers, walkie-talkies and medical equipment were delivered by plane from the USA. The amount of equipment transferred is not reported, it is stated that the cost of assistance is more than $ 25 million. There is no information on the supply of lethal weapons. Earlier, the US handed over to the APU a tent camp worth $ 1,5 million, as well as additional vehicles. And the tent camp and equipment were transferred to the forces of special operations of the Armed Forces.

Despite COVID-19, the US continues to provide security assistance to Ukraine! This week, the military cooperation department received night vision devices, thermal imagers, walkie-talkies and medical equipment worth more than $ 25 million for use in the joint operation zone
- said in a statement.

Earlier in Kiev, it was announced that Ukraine was expecting three large deliveries of weapons and equipment from the United States. No specific weapons were named, except for Island type boats and Javelin ATGMs. All deliveries are planned to be received before the end of this year.

Ctrl Enter
Noticed a mistake Highlight text and press. Ctrl + Enter
We are
Reports from the militia of New Russia for 27-28 September 2014 of the yearYuri Drozdov: Russia prepared the role of the sacrificial calf
32 comments
Information
Dear reader, to leave comments on the publication, you must to register.