Why traitors in 1945 fled specifically to the West, where they also “branded” Nazism 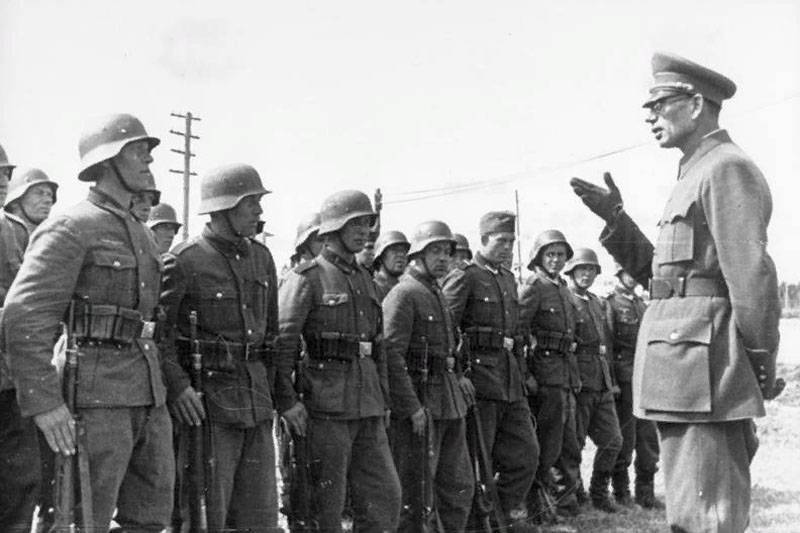 Probably every person has some things that are disgusting to touch. Not even material, not tangible, not visible with the eye, but there is. This is how a person works so that he cannot take calmly what causes his gag reflex.


But you can develop a cynical attitude towards such things. A kind of cynicism of a doctor who does his job despite the patient’s torment. He does it simply because he knows that he must cure a person, he must destroy the source of suffering.

It’s often interesting for me to know the opinion of some event, not only “ours”, but also those who are “against us”. It is interesting to understand their logic, the reason for their actions and possible steps in the future. Modern means of communication make it possible to organize such communication quite simply.

Traitors or fighters for their own beliefs

Some time ago, one of my interlocutors was the son of a traitor during the Great Patriotic War, a Vlasov saboteur who was awarded two Nazi medals for operations in the rear of the Red Army, who, thanks to the help of American allies, fled from Europe to Canada. He created a family there and lived quietly until, let's say, natural death.

We are used to the fact that such people should hide their past. In this case, this did not happen. As, according to my interlocutor, in other families of former Vlasovites. The son of a traitor was clearly proud of his father's rewards. And on the question of the killing of civilians during sabotage, the son answered with a standard phrase about losses during the war and the work of these people in military factories.

Probably the only fact that, I admit, did not surprise me at all, that all the descendants of the traitors stuck out as a merit of their parents, was not participation in punitive operations to destroy partisans, to clean villages and cities. All were either reconnaissance saboteurs or ordinary soldiers on the front lines. And even "cooks", "peddlers of letters and newspapers." And that is precisely why they came across the ocean.

In general, as it turned out, the descendants of the traitors live today as the "Soviet Union", while fiercely hating the Soviet Union. That Soviet Union, which did not exist in the postwar years, but then, in the prewar years. During the period of collectivization, industrialization, first white, then red terror and other cataclysms after the revolution, then the 20-40s of the 20th century.

They recall the ancestors who were exiled to Siberia as kulaks. They recall those who were "repressed for political crimes", although the direct question about what political crimes their ancestor committed as a peasant in a small Ural village is completely nonsense. It seems to be love for one girl, the chairman of the village council and their great-grandfather.

It was not for nothing that I mentioned the “union” of the descendants of the traitors. The children of Vlasov are in excellent contact with the children of Bandera and other traitors. They are not even united by hatred of the former homeland. They are united by resentment because they are there, and not in Russia. They sincerely believe that they fought for their beliefs. For the happiness of Russian, Ukrainian, Belarusian, Tatar and other peoples. But the people did not understand ...

An apple from an apple tree ... can fall far

I was always struck by the somewhat cold attitude of emigrants to those who were from the “other wave”. Moreover, “somewhat cold” is the mildest expression that I could pick up.

The descendants of those who left the USSR in the early years of Soviet rule try to ignore those who came after the Second World War. And all together they ignore those who came in the last years of the Soviet Union. And those who, for various reasons, arrived after the collapse of the USSR, in general, do not seem to be emigrants. I really wanted to understand why this is happening.

Probably because the reasons for the move were different. The first left because they did not accept the new power, because they considered this power to be temporary. They did not betray Russia. They remained faithful to the oath given to the empire. The conclusion, of course, is controversial.

Opinions on this subject are divided even today. But, it was the choice of those who wanted to live in Russia, but in Russia without the Bolsheviks. Therefore, the white emigrants in the vast majority of Hitler did not accept as the liberator of Russia.

The latter, on the other hand, betrayed that country, which was sworn in. They fought against their own. What is unnatural for a Russian person. The concept of military honor among white emigrants survived even after several generations.

And one more paradox. The grandchildren of Vlasov, unlike children, did not inherit, again for the most part, hatred of Russia. On the contrary, it seems to me that the Russian soul wakes up in them. They are interested in Russia, they want to help, though they don’t know what. They are exaggerated Russian. Something like exaggerated Ukrainians today. Embroidery as a symbol of Ukraine.

In a recent program by Vladimir Solovyov, I heard a phrase that struck me with its simplicity and the power of thought embedded in it. The phrase somehow got lost in a series of speeches of the program participants. The author of the statement is Professor Vitaly Tretyakov.

In simple words, without beautiful science, Tretyakov arranged everything on the shelves. No wonder they say that a correctly posed question is 50% of the correct answer. I will try to answer the question of the master of journalism. Again, given the position of the descendants of those who fled to the American continent.

The answer has long been given by historians. Including American. The global West, including the United States, was well aware that the confrontation between Germany and the USSR would take on an uncompromising character. The regimes of both states could not coexist peacefully.

But if for France and Great Britain there was no choice and it was clear that war with Germany could not be avoided, then the United States took a clearly wait-and-see attitude. We will help those who will win and will enter the war at the last moment in order to pick up the "prize". Moreover, American firms made money by supplying products to both sides.

The American World War II is a war in the Pacific. The fighting in Europe is a campaign for the "prize". And it is quite reasonable to assume that in the event of the defeat of the Red Army, the American landing force could land in the Far East, as it was during the Civil War. Although I agree with the controversy of such a thought.

So why did the Americans not hesitate to give asylum to war criminals? The answer was again given by historians. Remember the plans for an attack on the USSR in the postwar years. It is doubtful that they began to be developed only after September 1945. What next?..

Abwehr’s intelligence networks well-trained and preserved after the victory in the USSR, prepared saboteurs and scouts from among the former citizens of the USSR, punishers who know the local conditions better than any scouts and others ... Moreover, all these people are well aware that they will face trial in their homeland possible supreme measure. Who will be scattered in such shots before the new war?

By the way, the same applies to the elite of the German army and special services. Most scouts and counterintelligence simply disappeared. They were not in the lists of prisoners. Died under the ruins of Berlin houses? It is very doubtful, given that fighting on the front lines is not the work of top-class intelligence officers.

The highest evil is a moral concept, not a political one.

Treason was, is and will be. Even where people who seem to have been tested repeatedly seem to work, betrayal is possible. The reasons for this are many. And sometimes the most idiotic from the point of view of an ordinary person. A man betrayed because of resentment that he was not promoted or given the next rank, for example.

In the same way there were, are and will be numerous explanations for such acts from traitors. Even Judas once found an explanation for his betrayal. That is life. And it just needs to be taken for granted.

The question is different. Should I believe the words, if things say otherwise? Is it worth pretending that nothing happens if the facts indicate that something serious is happening? Why do we care so much about the image of those who are against us?

The latest White House publication on the victors in World War II - isn't it a spit on the graves of our grandfathers? Isn't it a spit in the face of each of us? T-34 with a German helmet on a pedestal is not a spit? And then what is the spit? What then is considered an insult to the whole people? There is no wrong, all the peoples of the USSR?

The situation in the world is tense. Everyone understands this. So what? Is that the reason why we should not respond to villainy, to evil? And do not tell us about good people and bad government. What comes of this we already see in real time. The neighbors from a neighboring state.

When it comes to a particular person, there are times when a traitor sacrifices himself to wash away the shame. But there are no cases when states sacrifice themselves. Moral principles in interstate relations have not been valid for a long time, if at all they have ever acted ...

Ctrl Enter
Noticed a mistake Highlight text and press. Ctrl + Enter
We are
A great interview with Sergey Lavrov: about Ukraine, Obama and IranWhat you didn't want to know about England
98 comments
Information
Dear reader, to leave comments on the publication, you must to register.