NEHC announced plans for launching and laying minesweepers of project 12700 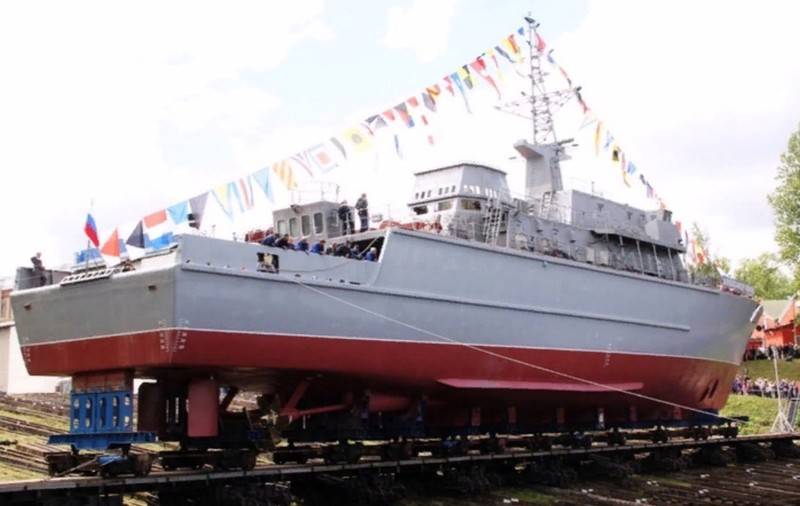 The minesweeper of Project 12700 Georgy Kurbatov, recovered after the fire, will be launched in June, the preparation of the ship has already begun. Mil.Press FlotProm reports this, citing a source familiar with the situation.


According to the source, at the Sredne-Nevsky shipyard, preparations are underway for launching the minesweeper Georgy Kurbatov, the ceremony is scheduled for June. After the descent, the ship will be completed afloat and after passing the tests will become part of the Naval fleet.

It is clarified that the transfer of the ship was scheduled for the end of the year, but due to the suspension of production due to the coronavirus, it can be shifted to the right for several weeks and pass at the beginning of 2021.

In addition to launching Georgy Kurbatov, the eighth minesweeper of project 12700 is planned to be laid at the Shipyard for June-July this year. According to previously announced plans, the company wanted to lay the minesweeper in June, but the spread of coronavirus infection made its own corrections and the minesweeper could be laid in early July.

The minesweeper planned for the tab will be the last ship built as part of the first series. Starting from the ninth, the minesweepers of this project will be built taking into account the changes made to the project during the operation of the first ships. Most changes will affect the automation of mine action weapons.

The 12700 project was developed by the Almaz Central Marine Design Bureau for the Russian Navy. These mine defense ships have a displacement of about 890 tons, the length is 62 meters and the width of 10 meters, the crew has 44 man.
Ctrl Enter
Noticed a mistake Highlight text and press. Ctrl + Enter
We are
The seventh minesweeper of the 12700 Alexandrite project was laid in St. PetersburgConclusion from the workshop of the main base minesweeper of project 12700 "Alexander Obukhov"
13 comments
Information
Dear reader, to leave comments on the publication, you must to register.