Buying under pressure: the United States will supply the Indian Navy with 24 anti-submarine helicopters MH-60R Seahawk 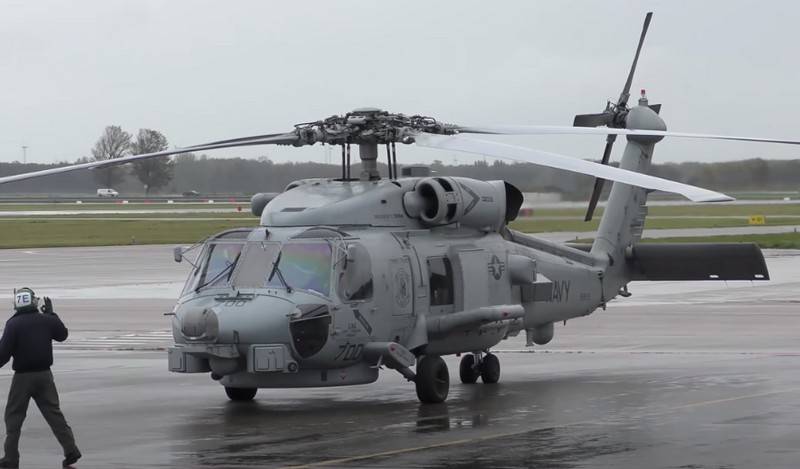 In the USA, the production of the MH-60R Seahawk marine helicopter for India begins. According to the Pentagon, a contract for the production and supply of 24 helicopters received the American corporation Lockheed Martin.

It is assumed that the work under the supplementary agreement will be completed by September 2024. Helicopter purchases for India will be carried out through the FMS (Foreign Military Sales) US program of foreign deliveries of military products. The United States continues to promote military contracts with India, in fact threatening sanctions in the event of contracts with other countries. Typical purchase under pressure.

The future supply of India MH-60R Seahawk anti-submarine helicopters became known in April last year, when the State Department approved the request of the Indian fleet for the acquisition of rotorcraft. A request for 24 multi-purpose Sikorsky MH-60R helicopters, including a set of equipment and weapons, arrived in the United States in the fall of 2018. It is noteworthy that the “request” came to the State Department after a group of congressmen and US administration officials visited India and talked with the leadership of the Ministry of Defense.

The Indian Ministry of Defense plans that the new Sikorsky MH-60R helicopters will replace the obsolete Sea King purchased from the United Kingdom back in the 80s in the Navy.

We are in Yandex Zen
South Korea is changing the decision on sea patrol helicopters
Rating of the most significant contracts of Russia for the export of drug products concluded in 2012
25 comments
Information
Dear reader, to leave comments on the publication, you must to register.