The Boeing MN17 case: rumors and conjectures were used 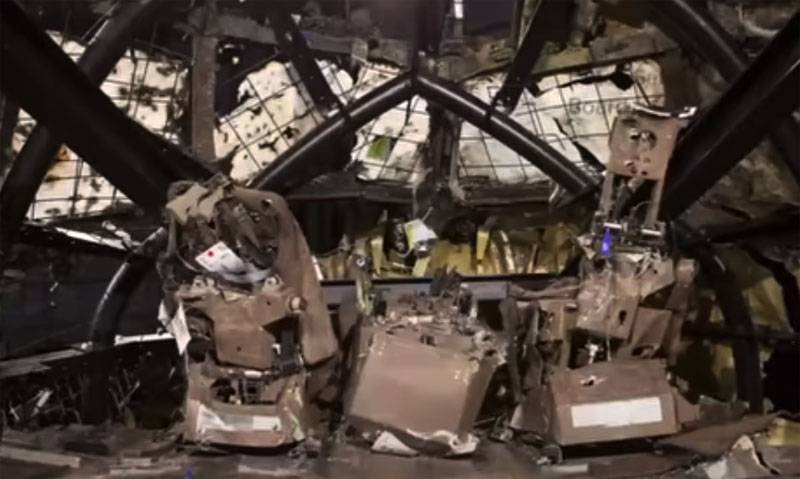 Obviously in the absence of real Newsrelating to the trial of the Malaysia Airlines plane flight (flight MH9) on July 17, 2014 in the Donbass that began on March 17 in the Netherlands, the Russian Air Force decided to entertain its listeners with another “sensational information” that seemed to be relevant to this process. Rather, to one of those who was declared by the Dutch Themis his person involved.


Recall that in February 2020, the Prosecutor General of the Netherlands charged four persons in the MN-17 case: the former Minister of Defense of the DPR Igor Girkin (Strelkov) and three persons whom she named officers of the DPR GRU: Sergey Dubinsky, Oleg Pulatov and Leonid Harchenko. And among them, only the last of these is a citizen of Ukraine. And now the Air Force got to the bottom of the information that Kharchenko, whose fate was a lot of gossip and speculation, turns out to be currently arrested and is in a pre-trial detention center of the DPR Ministry of Justice.

He was detained, according to journalists, on March 11, and on May 8, his stay in custody was extended for another two months. Referring to some unnamed "acquaintances" and "colleagues" Harchenko, the Air Force undertakes to argue that the charges against him are "far-fetched" and almost "ridiculous." Like, regarding the illegal search, allegedly carried out with his participation back in 2014, “the victims have no complaints,” and the Makarov pistol, the possession of which is charged to him as illegal, was issued to Kharchenko by the Ministry of State Security of the DPR “to ensure personal security” and just after the announcement of the person involved in the case of MH17.

On these grounds, journalists immediately try to build a version: "... detention, arrest, stay in a pre-trial detention center - all this is nothing more than a farce, a cover operation." According to them, Kharchenko “is so brutally protected from repeating the fate of Vladimir Tzemakh,” whom, we recall, the Ukrainian special services managed to steal on the territory of the DPR and take them to Kiev “for interrogation” as “the most important witness” within stories with a malaysian plane. Naturally, in this way, the Air Force is trying to convey to its audience a simple “message” that, since such combinations are being undertaken, therefore, the DPR has something to hide: “If they hide, then for good reason!”

What can be answered to such, rather admitting, clumsy attempts not only to create a “hot” information occasion from scratch, but also to draw more than dubious conclusions from it? Kharchenko is kind of like a DNR intelligence officer, but as you know, there are no “former” in this organization. And the official reasons for his placement under the castle may indeed have little in common with reality, but such is the specificity of intelligence in any country in the world. How many questions could arise to what period of his life? In the end, Kharchenko for some time generally “disappeared” from the DPR, and only after almost three years he returned to his homeland and to serve. It seems to have lived in Russia, but it’s exactly what “seems to be” ...

As for the charges brought against him (and the other defendants mentioned above) in The Hague, the version that the whole four allegedly “was involved in transporting the Buk air defense system to the Donbass, from which representatives have been trying to convince the whole world for years Kiev, and the plane was shot down, sewn, frankly, with white thread. As, however, the whole story with the “Buk”. And, by the way, Harchenko did not react (in contrast to the others) to the suspicions voiced against him in general. He did not even refute, obviously, due to their complete failure.

Who and why might need to "kidnap" him? Kiev had enough shame with Vladimir Tsemakh, whose value as a witness turned out to be so low that he was hastily handed over by the Ukrainian side to representatives of the DPR during the first exchange of prisoners. Yes, if he possessed at least some information that could be used as a confirmation of the version that the “unplaced” ones so carefully try to present as the only true one, they would be seized with a death grip! However, the captured Republican clearly refused to repeat the monstrous lie he was putting into his mouth - and they got rid of him as soon as possible.

There is no doubt that the exact same story would have happened with Leonid Kharchenko, whose testimony clearly did not contribute to the achievement of the goal towards which Kiev was striving. His arrest probably has nothing to do with the MN-17 case and certainly is an internal issue of the DPR. In order to shut up a person’s mouth or, on the contrary, to protect him from unpleasant accidents, the intelligence has much more suitable methods than public detention (from which, by the way, no one made a special secret) and placement in a prison cell.

There is no doubt: after the paralyzed pandemic of the coronavirus Europe revives, the trial in The Hague will continue. And then a whole bunch of "sensations" and "exposures" of exactly the same injury will definitely be waiting for us. However, I want to believe that the truth will ultimately triumph.

Ctrl Enter
Noticed a mistake Highlight text and press. Ctrl + Enter
We are
Russia and Malaysia dutifully await the start of judicial farce in The Hague by MH17Situational analysis of the death of the MH17 flight (Malaysian Boeing 777), made on the basis of engineering analysis from 15.08.2014
30 comments
Information
Dear reader, to leave comments on the publication, you must to register.