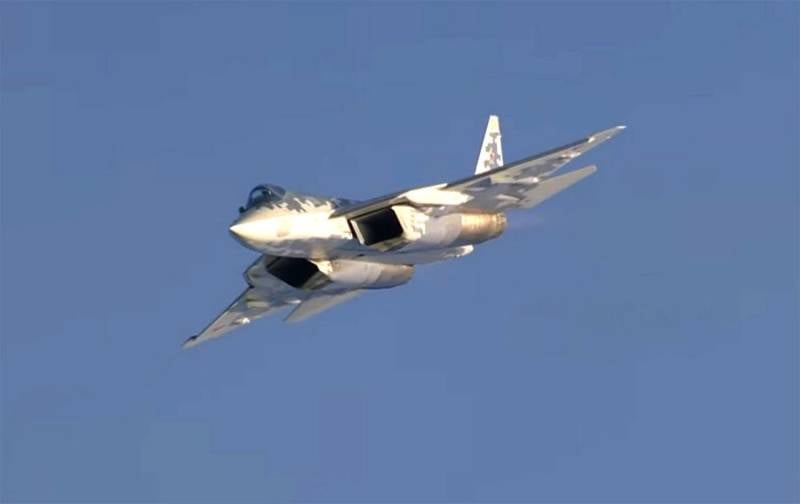 I will take the liberty of speculating on the prospects of introducing into the military Aviation RF planes and drones equipped with engines with a flat nozzle. I will try to understand this issue and share my conclusions.

Since about the 80s of the last century, aircraft designers have discovered a number of advantages for military aircraft engines, which can bring the use of a nozzle with a flat cross-sectional shape.

On the one hand, such a design feature improves the take-off and landing performance (CV) of the aircraft and makes it more maneuverable.

And on the other, it allows the combat vehicle to become less noticeable to the enemy radar. This is because the contours of an axisymmetric nozzle of circular cross-section are very difficult to coordinate with other structural elements of the aircraft to make the aircraft not so noticeable to radars. This is much easier to achieve if you use a flat "jet" nozzle. In addition, in order to further reduce the radio sensitivity, in the manufacture of such a nozzle, materials capable of absorbing radiation are used.

Additionally, the infrared radiation of an aircraft using this nozzle shape is also reduced. This allows you to achieve a ratio of the height and width of the nozzle, significantly reducing the temperature of the outgoing jet.

Of course, this form of nozzle also has drawbacks. Firstly, when switching from a circular cross section of the engine to a rectangular nozzle, some pressure loss occurs. At best, about five percent is lost. The second disadvantage is the need to increase the stiffness and strength of the nozzle, since a design of this shape experiences a greater load than a round nozzle.

But all these disadvantages more than overlap with the benefits.

The first Russian plane with a flat nozzle 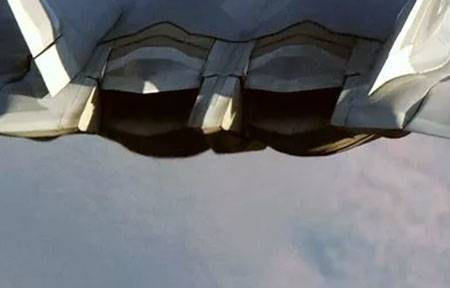 The first aircraft in the world where a new idea was realized was the American F-15, which performed its first experimental flight in 1988. Later, flat nozzles began to be used in stealth aircraft F-117 and F-22 Raptor. Although in Russia the introduction of flat-section nozzles into military aviation took up almost simultaneously with the Americans, we lagged behind in this area. And not because our experts are worse than the American ones, it was just that difficult times began in the USSR: the collapse of the Soviet Union almost led to the complete destruction of the country's defense industry. It was simply not up to the planes then, frankly.

During its sunset, the Soviet Union was on the verge of mass production of a new generation fighter equipped with a flat nozzle engine. It was originally called the Su-27KM. The aircraft began to develop in 1988. Formally, it was considered a modification of the Su-27K ship fighter (“M” is “modernized”). But at its core, it was a completely new development. Its main features were the wings of variable sweep and two engines with one common flat nozzle. This nozzle shape made it possible to reduce IR visibility and simplified thrust vector control. For some reason, the project was closed in 1989 (this is a separate история) In 1990, the prototype became a flying laboratory. Everything was going well, the plane performed very well during test flights, but due to the collapse of the USSR and the ensuing crisis in all areas, including the defense industry, all work had to be curtailed. There is a continuation of this story, but it no longer applies to the use of flat nozzle engines in Russian aviation.

For a long time, Russian aircraft manufacturers did not return to the use of a flat nozzle. Most likely, there were reasons for this. But more recently, it was decided to return to this idea.

This is due to the creation of the first Russian fifth-generation fighter Su-57. I will not dive into the long and dramatic history of the creation of the aircraft. Firstly, it has not yet ended, and secondly, this is a separate topic, which in a nutshell cannot be revealed. 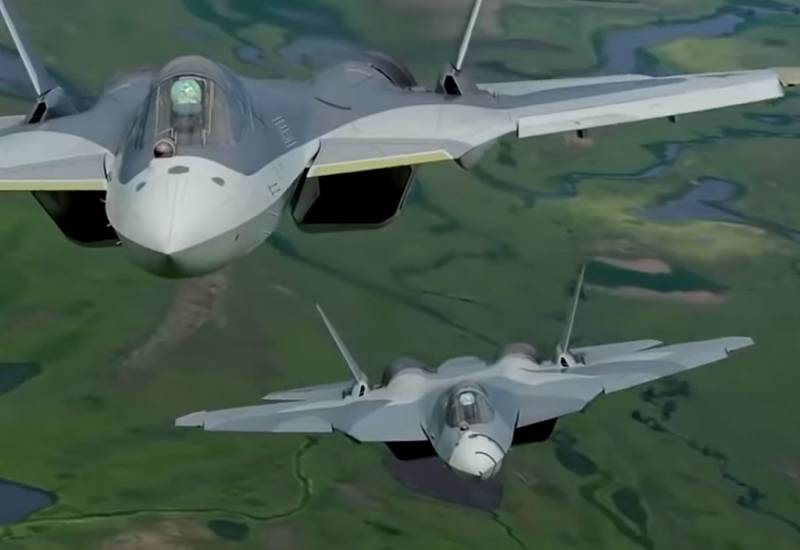 I will only mention moments regarding the possible use of engines with a flat nozzle in this aircraft.

As you know, the development of the Su-57 has been going on for many years, since the beginning of the 2000s, and the transition to serial production has been postponed many times. Initially, the first planes were planned to be transferred to the troops back in 2015. And although last year the first production Su-57 fell during the tests, experts consider this combat vehicle to be very successful. There are already several prototypes, more than a dozen. This is proved by the fact that in August 2018 the Sukhoi Design Bureau received a contract from the Russian Ministry of Defense, according to which the Russian military should receive 2020 Su-2027 aircraft from 76 to 57, not counting the two more ordered earlier.

The fighter parties that will enter service will be equipped with already existing AL-41F1 serial engines with an axisymmetric round nozzle section. Similar power units are installed on the Su-35S. Su-57 fighters with such engines will be delivered to the troops tentatively until the mid-2020s.

And then instead of this engine, the so-called “Product 57” will begin to be installed in the Su-30. Little is known about its technical characteristics, but according to some data a flat nozzle will be used in it. Actually, this was to be expected. But taking into account the fact that the developers' plans and terms may change several times, it is difficult to say exactly when the Russian military will have combat aircraft equipped with engines with a flat nozzle. At the same time, it is worth saying that not so long ago there appeared images of the model of the “Hunter” UAV, the nozzle of which was exactly flat.

Ctrl Enter
Noticed a mistake Highlight text and press. Ctrl + Enter
We are
Situational analysis of the death of the MH17 flight (Malaysian Boeing 777), made on the basis of engineering analysis from 15.08.2014Strangulation: the context, conduct and consequences of the American naval blockade of China
103 comments
Information
Dear reader, to leave comments on the publication, you must to register.