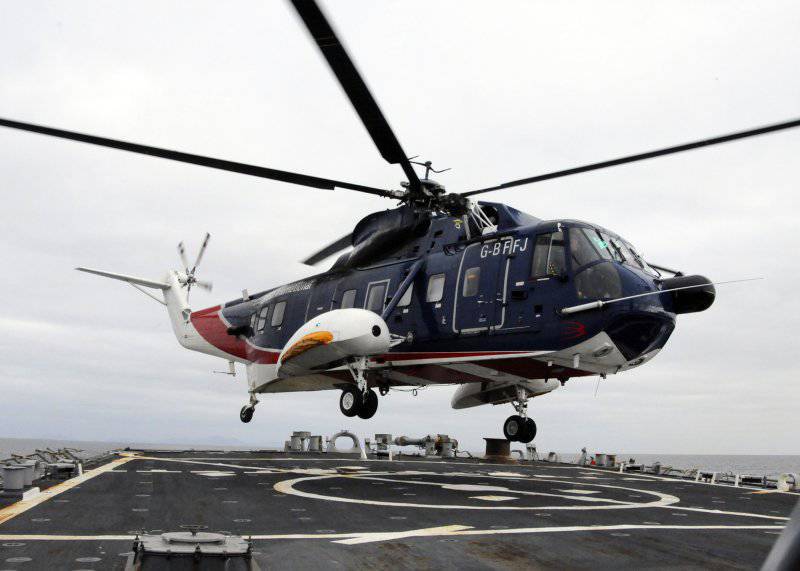 The company "Motor Sich" has not yet been able to agree with the global manufacturer of helicopters Sikorsky Aircraft. The latter notified Motor Sich that its engine was not suitable for S-61N helicopters. However, Sikorsky Aircraft was not told whether this means that negotiations with the Ukrainian company would stop. At the same time, Motor Sich states that they will continue to work on the refinement and improvement of their engine, since it is in demand in Ukraine.


American Sikorsky Aircraft concluded that the TV3-117ВМА-СБМ1В engine produced by Zaporozhye Motor Sich is not suitable for S-61N helicopters, Sikorsky Aircraft external communications director Paul Jackson said. "We have carefully studied the situation, studied the engine and found that for technical reasons it is not suitable for the S-61N helicopter. We have notified the Ukrainian manufacturer of this," he added. To the clarifying question of whether this means that negotiations with Motor Sich are no longer being conducted, Mr. Jackson refused to answer.

About negotiations with Sikorsky Aircraft became known last week from the words of the head of the board of directors of Motor Sich, Vyacheslav Boguslaev. He said that the parties had already held several meetings, and representatives of the American company themselves turned to the Ukrainian manufacturer. "The S-61 helicopter is slightly smaller than the Mi-17, it has an engine (T58-GE-10.-" Ъ ") manufactured by General Electric with 1,4 khs. However, it cannot be operated in conditions of extreme heat, for example with 50 ° C, so the company turned to us, "- said Mr. Boguslaev.

Last Friday, Vyacheslav Boguslaev refused to comment on the message of Sikorsky Aircraft: "All the comments then, no need to frighten anyone now." According to Anatoly Malysh, head of the Supervisory Board of Motor Sich, the companies did not have a protocol of intent. “At the Helirussia exhibition (the exhibition of the helicopter industry, held in May of this year.“ Kommersant ”), Vyacheslav Boguslaev and Sergey Sikorsky talked (the son of the founder of Sikorsky Aircraft.-“ Kommersant ”). "- said Mr. Kid. Motor Sich did not specify whether the company received a notification from Sikorsky Aircraft. “Maybe then our conversation with Sikorsky will continue. In any case, our work continues. This engine is needed by the Ukrainian and Russian helicopter industries,” said Anatoly Malysh.

Last week, Mr. Boguslaev spoke about the need to finalize the engine for the Americans. He explained that the engine from one helicopter in any case can not immediately come up for a completely different model. Therefore, the company planned to show Sikorsky a modified TV3-117ВМА-СБМ1В engine of the 4Е series by the following year (see "Kommersant" from July 25). The potential income of Motor Sich from a possible contract with Sikorsky was estimated at 1,4 by UAH billion. The cost of one engine is 4,5 million UAH.

Ivan Kharchuk, a senior analyst at Troika Dialog Ukraine, suggests that Sikorsky could have abandoned Motor Sich engines not only for technical reasons. “There is also a political aspect: NATO only in a hopeless situation, as it did with Volga-Dnepr and Antonov Airlines (companies won the SALIS Alliance tender for Kommersant), buys equipment from the countries of the former USSR” - states Mr. Kharchuk.

Motor Sich needs to look for markets for this engine, says Alexey Andreichenko, a senior analyst at ART-Capital. Now Motor Sich uses TV3-117ВМА-СБМ1В as part of the modernization of the Mi-8 helicopters (and the military version of the Mi-17) in Ukraine. There are more than 5 thousand in total of such helicopters in the world. "Volumes in Ukraine are small. But other countries could buy Ukrainian engines with improved performance and capabilities, and thereby extend the life of their helicopters," says Mr. Andreichenko.