Why American opponents of Nord Stream-2 will lose and the pipeline will be completed: reasons 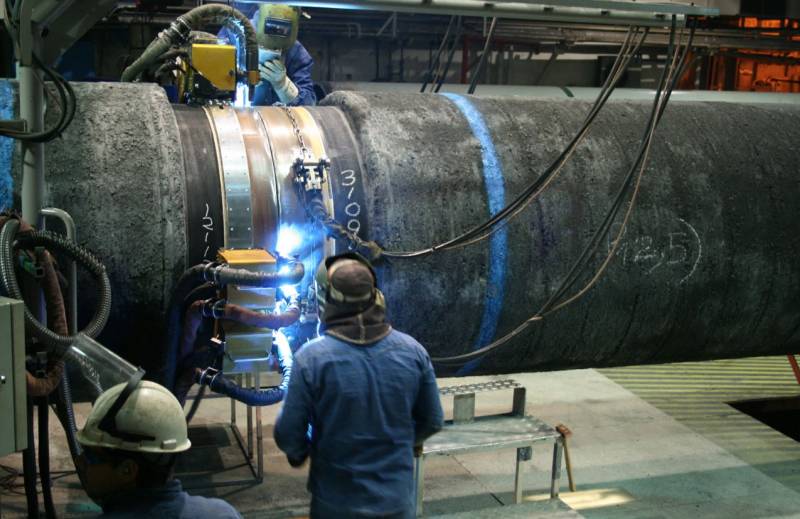 As you know, previously imposed sanctions and the threat of imposing such sanctions against companies involved in the implementation of the Nord Stream-2 gas pipeline construction project have suspended work. At the moment, part of the Baltic branch with a total length of up to 150 km remains unfinished. Under American pressure, the marine contractor Allseas (Switzerland) was forced to withdraw its pipe-laying vessels from the construction area. It happened at the end of December.


A separate question, would a Swiss company complete its work in the absence of an American sanction package? Indeed, in the end, all the work in the world was “crumpled” by the coronavirus pandemic. And if Allseas had not had time to complete what had begun before February, today the gas pipeline would not have been completed anyway.

But this is not important. It is important that work with SP-2 will be completed in any case. Yes, they will be delayed in time, including due to American sanction pressure, but in the end, those forces in the USA that are hindering construction today will lose.

Why? A few reasons

The fact is that numerous financial interests are “tied” to the project, including those that are very indirectly related to Russia itself. For example, one of the largest investors in the project is Shell, a UK-based company with headquarters in the Netherlands. Shell's equity assets are also traded on the New York Stock Exchange. The very exchange, which, after a long downtime and billions of dollars in losses, promised to resume its full-fledged work on May 15.

If the United States decides to “finish off” the Nord Stream-2 project, then Shell’s shares, which already suffer losses due to extremely low oil prices, will receive a new impetus for the fall. And these are additional disadvantages, including for the American economy, for which the New York Stock Exchange is a major player. Moreover, this is an additional reduction in the company's jobs due to lost profits on SP-2 and actually lost investments. And the additional loss of jobs in the British-Dutch company is the curtailment (to one degree or another) of other energy projects that are expected to be of high return with increasing prices for hydrocarbons.

Therefore, voters are unlikely to understand their power if they put geopolitical ambitions above the urgent measures that the US economy needs at the moment. It will be difficult for presidential candidates in Texas or Colorado to explain why they now need to additionally “chop” their own market and the allied market (of the same Britain) in order to “confront Putin’s Russia”. American electors are already sick of the tales of "Russian interference". And if someone brings this topic to the surface again, it is unlikely to achieve victory in the elections. But the opponent’s attempts to distract the electorate’s attention with far-fetched problems and threats that are far from the U.S. borders can easily be used against the opponent himself - with the accusation that he pays more attention to some distant gas pipeline than to domestic economic problems.

And what about Europe ...

But there are also European interests. Yes, yes, Europe little by little recalls that its interests are not limited to the range of American interests. The very Europe, which now knows perfectly how they behave in the United States in a crisis: with one click of their fingers cut off economic ties with the simultaneous accusations that Europe did not take care of security. It is the European solution that will ultimately bring the project to an end. For the badly battered economy of the Old World, this is a question that can directly solve its own energy future.

Ctrl Enter
Noticed a mistake Highlight text and press. Ctrl + Enter
We are
The tragedy of the American army ("The Atlantic", USA)Situational analysis of the death of the MH17 flight (Malaysian Boeing 777), made on the basis of engineering analysis from 15.08.2014
68 comments
Ad