Syrians stopped a convoy of the US Army in Hasak 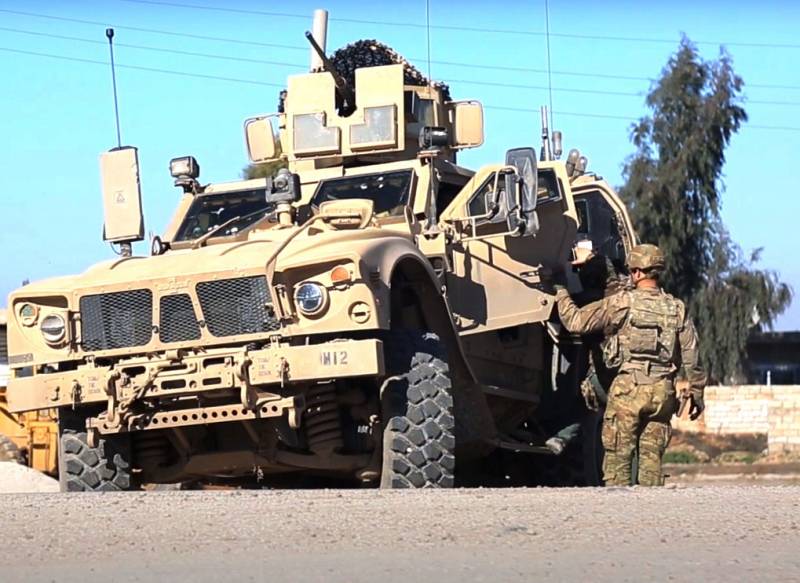 In a number of Syrian provinces, tensions remain. So, in Idlib, militants are firing at the positions of the Syrian Arab army, and in Hasak, local residents deployed an American military convoy.


In the southwestern part of Idlib province, Syrian Arab army positions were attacked by militants of the Khayyat Tahrir al-Sham group, banned in Russia. In response, the Syrian government forces had to respond with artillery fire: positions of militants were fired on the slopes of Jebel al-Zawiya. As a result of a direct hit, several enemy firing points were destroyed. The shootout also took place in the area of ​​the villages of Tanjara and Al-Bara, where the KhTS militants are now based.

We have already written about how in Idlib local HTS-supporting locals attacked the Russian-Turkish military patrol. Something similar happened in Hasaka province, only here residents blocked the passage of an American military convoy. In the area of ​​the villages of Kahira and Dashdashiya, local residents took to the road as soon as American army cars appeared on it. In the end, the Americans had to satisfy the requirements of the Syrians and deploy the column in the opposite direction, going on a different route.

According to Syrian sources, an American convoy of five vehicles followed from the Iraqi province of Nineveh towards the Al-Jibsah oil field in the Al-Shaddadi region. The Americans crossed the Al-Walid border checkpoint on the Iraqi-Syrian border, and plunged into Syrian territory. As we know, Americans consider themselves entitled not only to patrol the territory of Hasaka province, but also to pump Syrian oil openly, exploiting oil fields in the territory of a sovereign state in their interests.


Naturally, the local population does not like the passage of the American military near their settlements. After all, this is not only an insult to national pride, but also an additional risk factor. If American convoys regularly pass along the road, then inevitably radical groups will also be activated in the area, who will install explosive devices and organize shelling. Such a development does not suit anyone. In the video from the scene we see how a group of Syrians, in which not only men, but also women and children, literally forces American armored vehicles to turn around and head for the opposite direction.

However, such protests by the local population are not able to stop the constant movement of American columns from the territory of neighboring Iraq. So, the next day, a military convoy from Iraqi Kurdistan entered through the Al-Walid point and headed towards the Al-Omar oil fields in the province of Deir ez-Zor. There, American troops have recently been increasing their presence, strengthening the existing military base.

As for the protesters in the area of ​​the villages of Kahira and Dashdashiya, it became known that more than 20 people blocked the road by the representatives of Kurdish armed groups. In Hasaka province, Kurdish fighters are acting in the interests of the US-led “international coalition”. Accordingly, any actions against American troops are met with retaliatory actions by the so-called "Syrian Democratic Forces" operating in the region.

We are in Yandex Zen
Syria, April 14: Turkish police disperse protest near M4 highway in Idlib
Group "Hayat Tahrir al-Sham" captured the Syrian Idlib
9 comments
Information
Dear reader, to leave comments on the publication, you must to register.