Get rich in a pandemic: whose stocks rise during the crisis 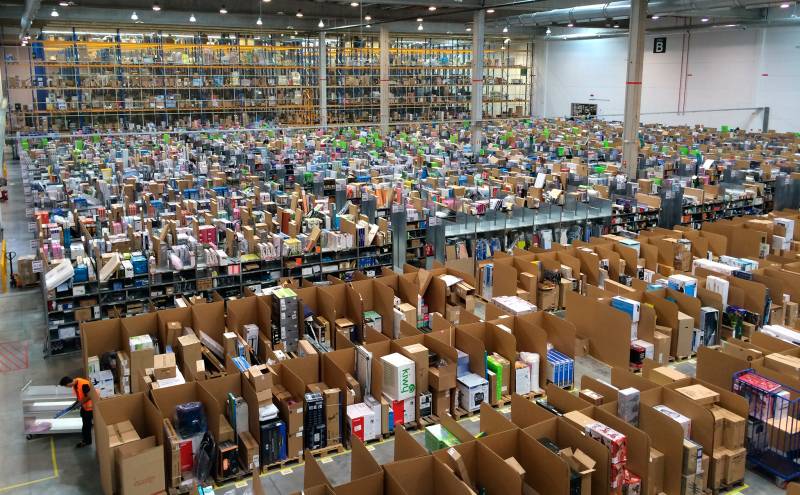 The COVID-19 epidemic not only shook, but brought down major global stock markets. According to the estimates of the most respected international financial organizations, the global economy has entered a period of recession, which has not been equal since the Great Depression, until this year was considered its deepest crisis. To whom is war, and to whom is mother dear! The saying has confirmed its relevance in the current troubled times. There were companies all over the world whose stocks, despite the rampant coronavirus, do not fall, but grow in value. Which ones exactly?


First of all, it is necessary to outline the general trends that today determine the prosperity of well-defined types of business. Who can benefit in the days when a huge part of humanity is sick or is in forced self-isolation? That's right, those who sell goods and services that are most in demand in this situation. Pharmacists, retailers engaged in remote sales, companies offering customers leisure and entertainment that you can indulge in without leaving home. This is in the most simplified form. Now move on to the specifics.

Quite expectedly, paper prices of such companies for the production of medical products as Gilead Sciences Inc (+ 14%) and Moderna (+ 94%) rose in price. The first of the firms began conducting tests on the suitability for treatment of coronavirus with the drug remdesivir, which had previously been successfully used to combat Ebola. The second one announced the successful development of a vaccine against this disease, as, incidentally, is another corporation - the well-known Johnson and Johnson. This company, however, feels rather well thanks to the widest range of manufactured hygiene products, which are extremely demanded today.

No matter how bad things are, you always want to eat, as you know. Things are going well with those representatives of the catering industry who, by the time the pandemic began, already had an established system for the production of ready-made take-away food and its delivery to consumers. Among the leaders are Domino's Pizza Inc (+ 21%), Papa John's (+ 155%) and McDonald's (+ 50%). It, of course, is not very good for health, but neither you going shopping, nor cooking.

Other “whales” in the retail sector, who were leaders in the field of online sales even when the world had never heard of any, had no less benefit from universal self-isolation. Amazon (+ 19%), eBay (+ 51%), Alibaba (+ 48%) - online sellers are now truly thriving! The same can be said about the world's leading payment systems - Visa (+ 25%), Mastercard (+ 32%), and very popular (primarily in the USA) PayPal (+ 41%). For online shopping, this is exactly what you need. And for shopping in stores, it is also preferable - many doctors consider banknotes to be one of the best carriers of coronavirus.

If cinemas and amusement parks are currently on the verge of complete ruin, then those who are able to provide people locked in four walls to watch their favorite movie or the opportunity to plunge into the colorful and exciting world of network or individual computer games, on the contrary, are on the rise. Electronic Arts and Activision Blizzard (+ 35% both), Sony (+ 28%, primarily thanks to the Sony Playstation), and, of course, Microsoft (+ 37%). The pandemic, which forced millions to stay at home, has clearly benefited all of them. As well as those who provide the technical side of the process - corporations that supply computer hardware. Here you can name Nvidia (+ 69%), AMD (+ 59%), Intel (+ 43%).

In general, this statement applies to all companies whose activities are directly connected to the Internet, which for many today has turned into a workplace, a “relaxation area” and the only opportunity for communication. Here, by the way, we are already moving on to the undoubted successes of domestic business.

Each share of Mail.ru Group went up by 63%, Yandex - by 35%. By the way, Google grew by only 28%. Naturally, the list of Russian lucky ones is not limited to these projects. Pharmstandard shares rose in price - for the reasons already mentioned above. Domestic gold mining companies also benefited greatly from the crisis, the most successful of which is Polyus. No wonder: in troubled times, nothing grows in price and demand like this noble metal.

The pandemic, judging by some encouraging signs, is on the decline. The crisis in the world economy, quite possibly, is just beginning. Which of the lucky ones will be able to stay upstairs, and for whom will luck become temporary?

According to analysts, even if people stop panicking in drugs and antiseptics, even if they prefer home-made food to hamburgers and pizza for home delivery, a significant part of the trade and entertainment industry will still remain in the remote sphere. So at least a good half of the companies from the above list (including Russian ones), the fall in the price of their shares, most likely, does not threaten even after the departure of the coronavirus.

Ctrl Enter
Noticed a mistake Highlight text and press. Ctrl + Enter
We are
Coronavirus COVID-19: threats, consequences, actionsInfluenza in Russia. What threatens public health and why not panic?
30 comments
Information
Dear reader, to leave comments on the publication, you must to register.