He knew what reconnaissance was about. 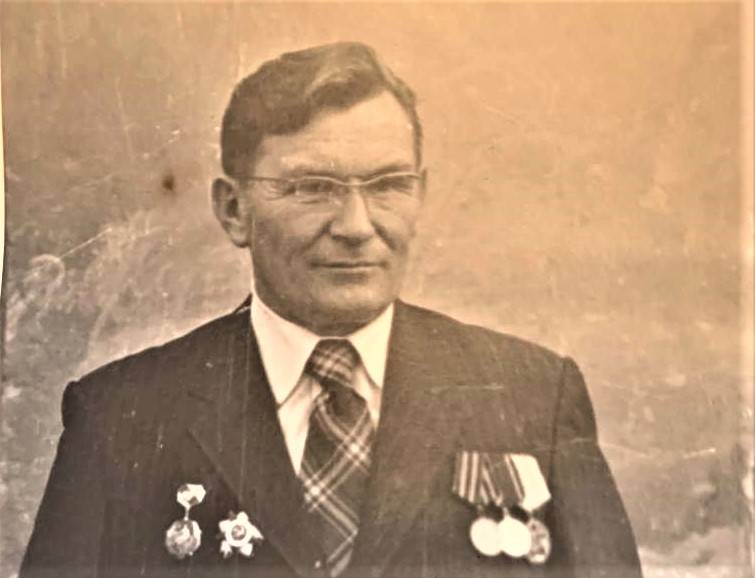 My father, Leo Tarasov, is a participant in the Great Patriotic War. He is one of millions. Originally from Siberia, more precisely, from the village of Verkhne-Rudovskoye, Zhigalovsky District, Irkutsk Region. He is a Siberian, but not one of those who were so expected at the front in the difficult 1941 year. And not one of those who marched on Red Square on November 7 of that same 41st, then to go straight to the front line.

The war began on June 22, 1941, and my father that year only moved to the 10th grade. He was not yet 17 years old, and instead of school, the Irkutsk city military registration and enlistment office sent him to the infantry military school, like everything then - accelerated. After graduating from college in March 1942, with the assignment of the rank of junior lieutenant, a young graduate Lev Tarasov was sent to the front. And he ended the war as a lieutenant. 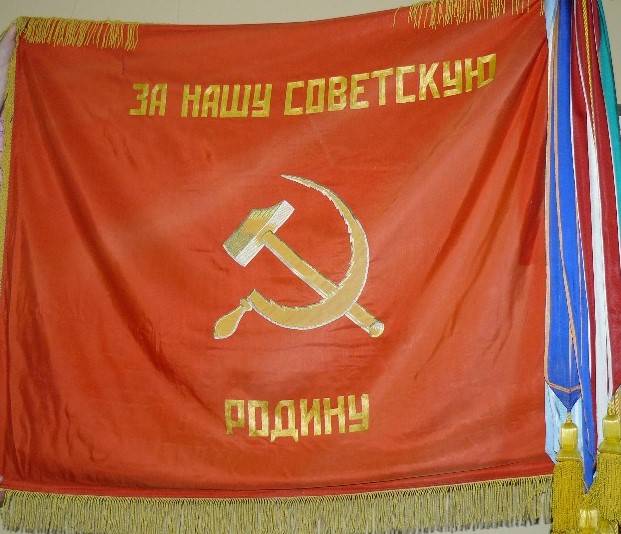 At the front, he became the commander of the mortar platoon of the 954th Infantry Regiment of the 194th Infantry Division, which was part of the 49th Army of the Western Front. This division, originally a mountain rifle division, unlike many others, barely changed its composition and belonging to the fronts. She did not become the guards, but received her Red Banner and a special name - Rechitskaya, for the liberation of the Belarusian Rechitsa in the Gomel region. 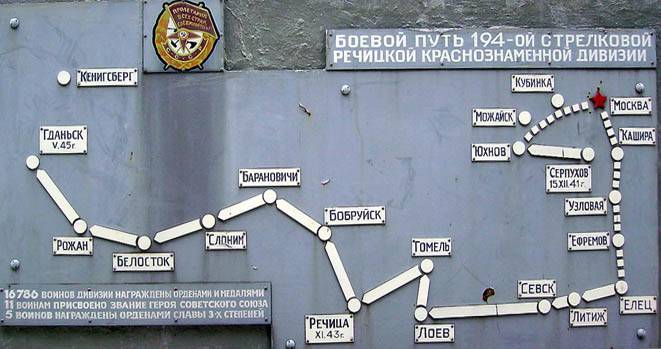 The 194th division withstood no less battles with the enemy than the most illustrious formations. After the 49th army, it was part of the 5th and 31st armies, for a month even in the ranks of the 2nd tank army, until such mobile units, it was decided to completely free from the infantry. In April 1943, the division was transferred to the 65th army of the legendary General Pavel Batov, and on the Central Front it launched an offensive on the north-western front of the Battle of Kursk.

The 194th Infantry Division has its own museums: one in the southeast of Moscow, and the other at the Belyaevo state farm in the Yukhnovsky district of the Kaluga Region. We are sure to tell about them on the pages of Military Review. 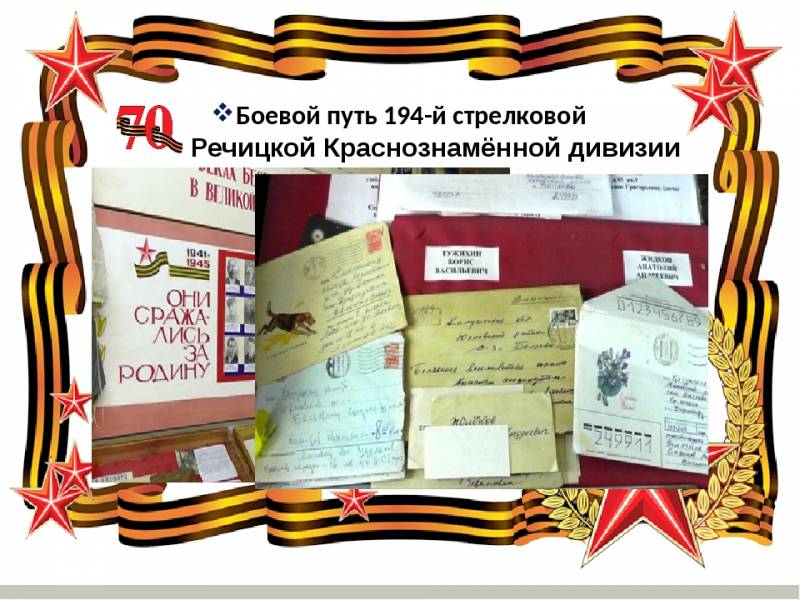 It happened near Kursk

There is no doubt that the father himself was a very brave officer. I will give only one, quite extraordinary, example from his frontline biography. When during the offensive the Nazis bombed a car with food and field kitchen of the battalion, his father took several soldiers and went for groceries to the nearest village where the Germans were stationed.

In the snow, in white camouflage robes, skiing, when it began to get dark, they went to a house on the outskirts of the village, where the invaders were noisy. Our scouts quickly and tightly closed the windows and doors on the bolts, and they did it very quietly so that they could not, or rather, did not have time to detect them.

They did not start firing and did not try to take the tongue. The task was completely different. The soldiers went into the barn, took a cow and a bull-calf, then climbed into the cellar, picked up potatoes and various vegetables, packed everything in bags and delivered to their native unit. That's how they saved almost the entire regiment from hunger.

For which they were awarded the Order of Alexander Nevsky, in fact, the commander. However, such a “front-line” operation would probably have been envied by many great generals. At the front, the task of my father’s units was primarily reconnaissance in combat. About reconnaissance in battle, he once told me in a soldierly way:

“Having a very small number of fighters, it was necessary to learn as much as possible about the enemy, his forces and capabilities, about the deployment of firing points, fortifications and reserves. In addition, the small platoon in each such attack had to go on the attack first, and start the battle as soon as possible actively.
The fascists had to be made to believe that it was here that the main blow would be dealt. And even better, if the enemy thereby creates the impression that the attack is carried out by at least a battalion, or even a whole regiment, and it is urgent to tighten reserves or transfer reinforcements from other sectors of the front. After reconnaissance in battle, our high command, having estimated the size and combat power of the enemy, could launch a full-scale offensive. ”
Here during one of such "reconnaissance in battle" and my father was wounded. Groping for the strength of the enemy, the platoon began its offensive, but soon killed one of the machine gunners. The platoon, and this was my father, crawled to the machine gun to change it, but as soon as he looked out from behind the machine gun shield, he was wounded by a sniper. The shot was issued to the commander by the left eye.

This happened on March 1, 1943 near Kursk, near the village of Kilkino. Then, after the spring counterattack near Kharkov by the SS tank divisions of Field Marshal Manstein, who was eager to avenge Stalingrad, the fronts had just arched with a famous arc.

It was there, on the Kursk Bulge, in the summer of the 43rd that one of the decisive battles of the war would take place. After the battle, the seriously injured platoon commander was taken immediately to the nearest field hospital, bypassing even the divisional medical battalion. With such a wound, we could talk about the end of a military career, but nevertheless, after being cured until the end of the war, his father served in the army headquarters.

The ordinary life of a simple veteran

Just a few days after the Victory, my father wrote one of his first poems, which is quite rare in content for that time:

Wet the last volleys of guns,
But hot battles are harsh days
No one will ever forget
Immortal in stories they will be.

Having achieved victory in a fierce battle,
We meet again relatives and friends.
Who survived the years of need and deprivation,
Who went for the freedom of their homeland.

Who often, neither sleeping nor resting,
Behind the rear doing hard work,
By straining all your strength and will,
He, too, forged victory over the enemy!

Leo Tarasov didn’t have many awards: the medal “For Military Merit” and the Order of the Patriotic War ll degree, received in 1945, as well as the post-war Order of the Patriotic War already I degree. They were awarded the veteran by the 40th anniversary of the Great Victory. It seems to me that this is because the infantry was given very, very sparingly to both the infantry and the rank and file, and the commanders of the order and medal. 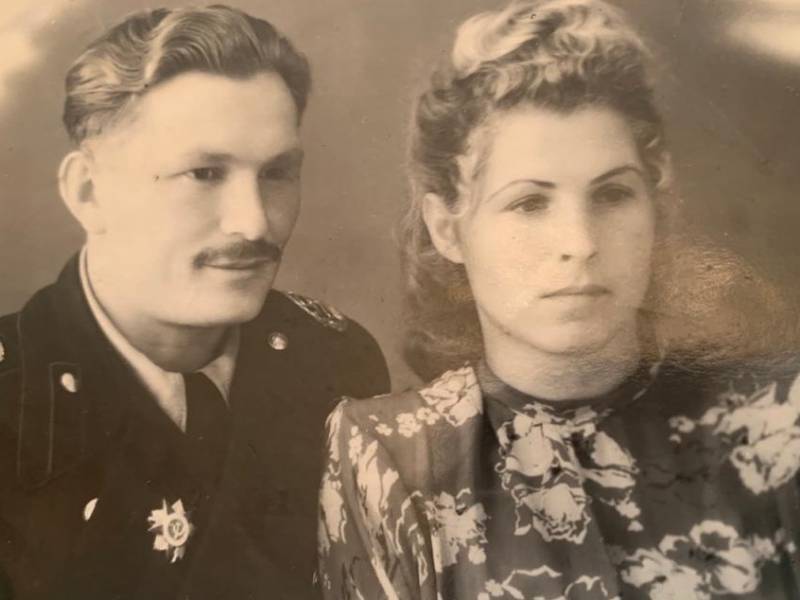 Most likely, the father could well continue military service. But after the war, like many fellow soldiers, Lev Tarasov decided to demobilize, he entered and graduated with honors from the Irkutsk Mining Institute. For several years he worked as the head of the geological party, and after a while received another higher education, graduating from the Institute of National Economy with a degree in Industrial Economics.

But on this, the veteran decided not to complete his training. Lev Tarasov received his third higher education when he graduated from the journalism faculty of a state university in the same Irkutsk, which had long been his hometown. At one time, his fables and humoresques were regularly published in the humorous magazine Crocodile, many still remember how popular he was. On January 31, 1990, his father died, but we will pass on the memory of him from generation to generation.

Ctrl Enter
Noticed a mistake Highlight text and press. Ctrl + Enter
We are
Diplomats of the People's Commissariat of Defense: on the eve and during the warMyths of the Great Patriotic. Papier mache helmet
15 comments
Ad