High-speed helicopter SB-1 Defiant: in the United States showed a video of a U-turn and maneuvers 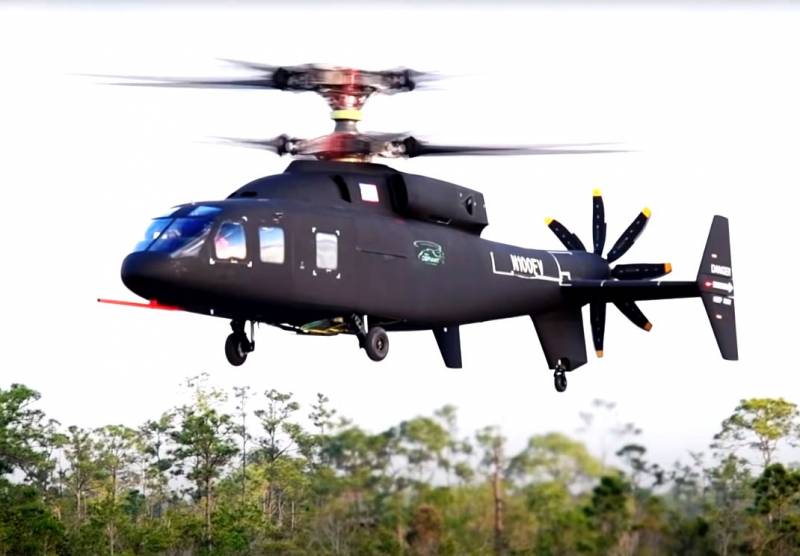 The Sikorsky Aircraft and Boeing team continues to test the SB-1 Defiant helicopter. Now, a little over a year after the first flight, a new video from the tests of this interesting machine has been presented.


Recall that the first flight of the prototype high-speed Sikorsky-Boeing SB-1 Defiant helicopter took place on March 21, 2019. Tests of the aircraft, as well as a number of other helicopters and convertiplanes, are carried out as part of the US Department of Defense's Future Vertical Lift program for creating vertical take-off aircraft.

After the announcement and subsequent testing of the SB-1 Defiant, the media talked about a promising new American helicopter, which can change the face of modern world helicopter engineering, differing in impressive technical characteristics.

The combination of the ability to take off and land at high speed was very interesting for the US military. The proposed Defiant helicopter uses an innovative scheme with a coaxial arrangement of rotors of a special design. The helicopter is highly maneuverable and capable of developing a cruising speed of 460 km / h, which is very much for a helicopter. 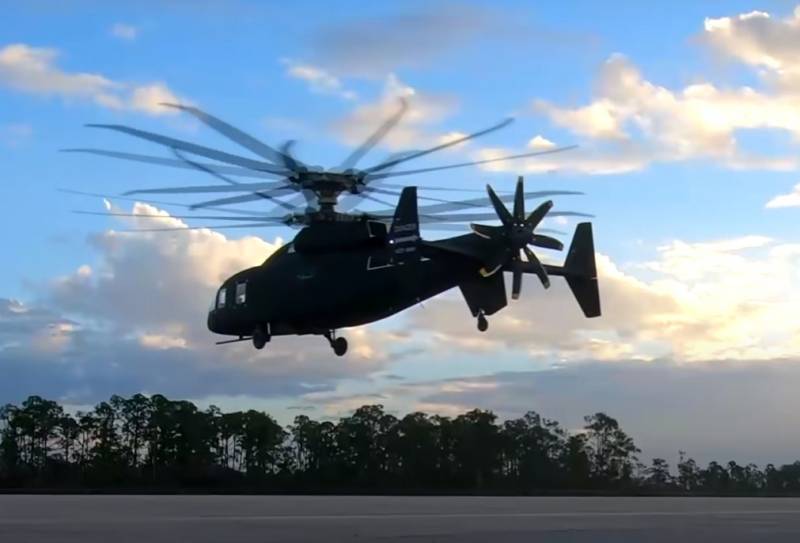 Such characteristics make the machine indispensable for special operations, landing, evacuation of the wounded from the battlefield. So far, the prototype is an exclusively transport helicopter designed to transport personnel, but in the future it is possible that the helicopter will be equipped with machine-gun or grenade launchers to support airborne combat groups that will land with Defiant.

The developers expect that he will be able to replace the UH-60 "Black Hawk". True, the helicopter also has a serious competitor - the V-280 Valor tiltrotor, which is being developed by Bell Helicopter and Lockheed Martin. However, given the complexity of the convertiplanes in operation, it is far from the fact that the V-280 Valor will be able to win the competition with the SB-1 Defiant helicopter.

Video maneuvering in the air:

Ongoing tests were devoted to further testing the flight qualities and technical characteristics of the helicopter. Senior guests — Army Secretary Ryan McCarthy and Senator Tammy Duckworth, a retired lieutenant colonel, watched the helicopter fly. It is worth mentioning specifically about the latter: this woman in the past served as a helicopter pilot in the US National Guard, participated in hostilities in Iraq and lost both legs due to a helicopter accident.

Before the distinguished guests of the test, Defiant helicopter demonstrated the ability to perform maneuvers at low altitudes. The video shows how the helicopter makes a U-turn and also maneuvers above the ground.

As emphasized in the official statement regarding the maneuvers, the ability to operate at low altitudes will become crucial in the future for assault missions of the American army. In local conflicts, including at great distances from the United States border, the new helicopter can play a very important role for airborne and reconnaissance units.

Ctrl Enter
Noticed a mistake Highlight text and press. Ctrl + Enter
We are
The United States is increasing the park tvertoplanovBoeing and Sikorsky will jointly make a high-speed military helicopter based on the X2
65 comments
Information
Dear reader, to leave comments on the publication, you must to register.