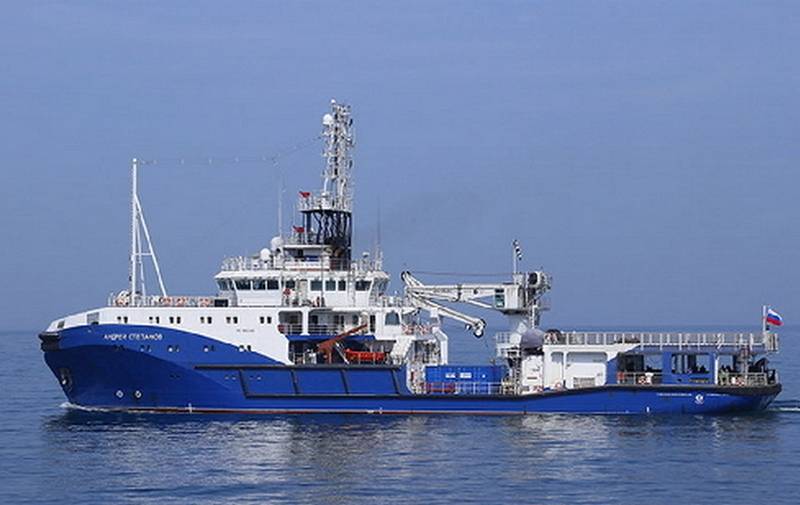 The first serial tugboat of project 23470 "Andrey Stepanov" went to factory sea trials. This was reported by the press service of the Ministry of Defense.


According to the report, tests of the sea tug are carried out in the Black Sea, on board, apart from the ship’s crew, are representatives of the Yaroslavl Shipyard, who train the crew in the operation, maintenance and practical application of ship systems, devices and mechanisms.

As noted by the Ministry of Defense, after the completion of factory sea trials, the tug will return to the Perseus shipyard in Sevastopol, where the tug will be prepared for state trials. Commissioning of the vessel is scheduled for 2021.

The tugboat is named after Andrey Ivanovich Stepanov (1863–1905), who served in the Baltic navy, participated in long voyages on cruisers "Rurik" and "Admiral Nakhimov", was repeatedly encouraged by the command, was awarded the orders of St. Anne 3 tbsp., St. Stanislav 2 and 3 tbsp. in 1903, for the distinction, he was promoted to captain of rank 2. In 1904 he was appointed commander of the Kamchatka transport and workshop, which was part of the Second Squadron of the Pacific Fleet under the command of Vice Admiral Z. P. Rozhestvensky. In the final phase of the Tsushima battle, A. Stepanov tried to help the heavily damaged flagship battleship "Prince Suvorov" and even cover him from the attack of the Japanese destroyer detachment with small-caliber guns from Kamchatka. He died at a combat post in a battle with the enemy.

The construction of marine tugboats of project 23470 is delayed significantly due to the halt in the construction of tugboats due to the processing of the project to replace imported components with domestic ones. Currently, the head tug "Sergey Balk" is serving in the Black Sea Fleet. The ceremony of bringing the tugboat into the squad of support vessels for the auxiliary fleet was held on February 21 this year in Sevastopol. Three more tugboats are under construction at the Yaroslavl Shipyard. They are built on a modified project with the installation of Russian equipment.