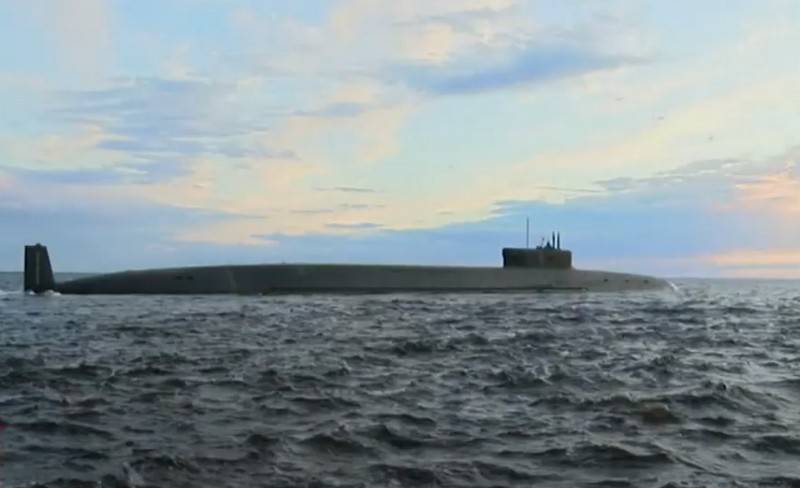 Nuclear submarine strategic missile cruiser Project 955A (code "Borey-A") "Prince Vladimir", planned for transfer to the Naval fleet, went to control tests. This was reported by TASS with reference to a source in the military-industrial complex.


According to the source, the underwater cruiser went for control tests before being handed over to the customer. On Tuesday, "Prince Vladimir" left Severodvinsk to the White Sea, where a final check of the operation of all mechanisms, devices and devices of the lead ship of the Borey-A project will be carried out at the ranges of the Northern Fleet. The timing of the tests are not reported, but earlier there was information that the APRKSN will become part of the Navy at the end of May this year.

"Prince Vladimir" left on Tuesday from Severodvinsk to the White Sea for control tests, the results of which will decide on the introduction of a submarine in the Navy
- said the source.

In the first decade of this month, it was reported that on the submarine cruiser "Prince Vladimir" the deficiencies identified during the December tests were completely corrected and he was ready for transfer to the Navy.

We are in Yandex Zen
New deadlines for the transfer of the Russian Navy APRKSN project 955A "Prince Vladimir"
APRKSN "Prince Vladimir" of the project "Borey-A" entered the second stage of running gears.
36 comments
Information
Dear reader, to leave comments on the publication, you must to register.