When a power is really insulting 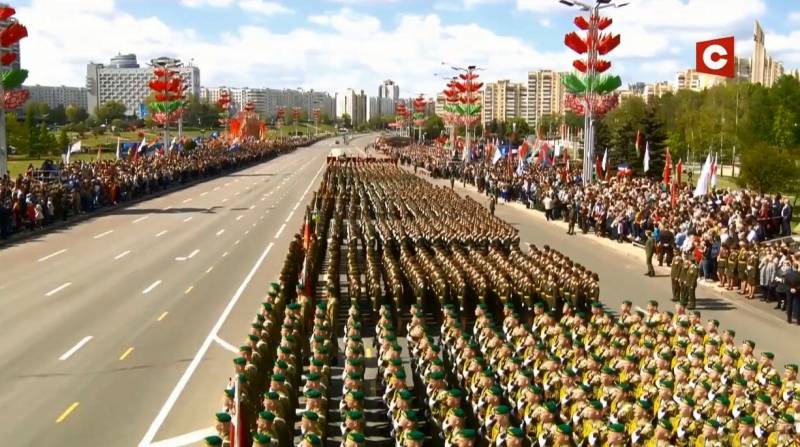 “And now we need one Victory,

One for all, we will not stand for the price ... "
Bulat Shalvovich Okudzhava

So, it died down, became noisy. I do not mean by any means a ceremonial-victorious business, but a discussion of it.

And here the sensations are very, very strange.

In Belarus, according to the promises of the president of this republic, Alexander Grigoryevich Lukashenko, the parade took place.

The parade, in general, is like a parade. The troops marched Tanks drove by, planes flew by. 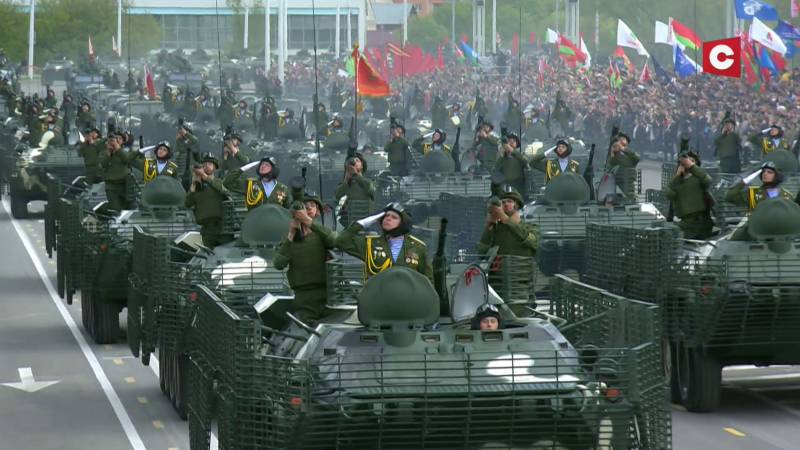 And then "Lieutenant Rzhevsky arrived, it was then that it began ..."

You know, all of these “into such a difficult economic situation” are immediately to the side. 75 years to such an event is 75 years. The next date is 100. And here is how we will celebrate 100 years and whether we will at all - the question is still that ...

At the pace of "development" that has been observed in Russia over the past 20 years, especially in moral terms, excuse me, anything can be.

So we can talk a lot about the epidemiological and economic component, but I just wanted to touch on the moral aspect of everything that happens. Namely, the reaction of the Russian media and the Russian inhabitants. Both on the "Military Review" and beyond.

We didn’t have a parade. More precisely, he was, but ... No comment. 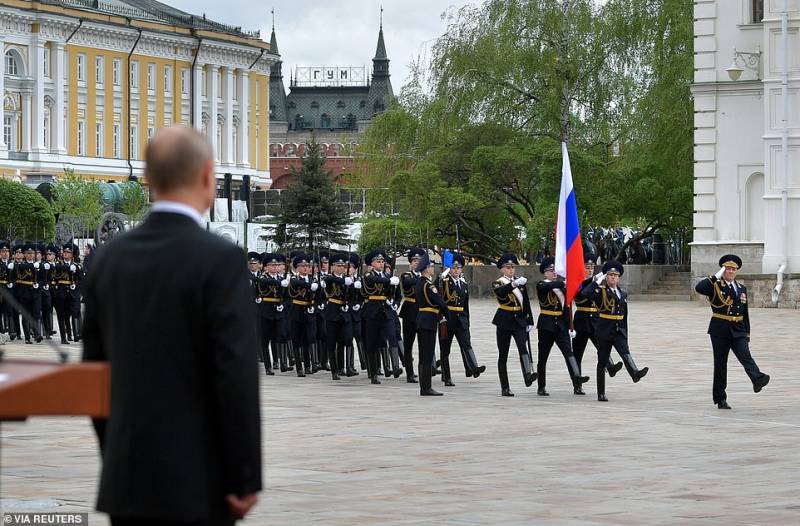 It is very difficult to say that here is from the Victory Day Parade, but we have what we have. In general, it is surprising, and so more and no particular emotions.

But what was in the press is of much greater interest. At least by the fact that a certain competition has begun, who will charge the president of Belarus more abruptly.

The overall impression is not very beautiful.

The main thing is the impression that Lukashenko somehow offended if not all of Russia, then its main, patriotic part.

It is as if what was poured on the President of the Republic of Belarus is caused by a certain insult. Well, then, the Parade can only be held on Red Square, it is necessary to celebrate as Russia celebrates, the rest should imitate everything from attributes to the right to hold the parade and other celebrations.

Yes, let me remind you, for several years, Belarus and Kazakhstan, who dared to introduce their own national attributes, rather than St. George’s ribbons, had been discussing impartially “showing independence”.

It is worthwhile to warn the most ardent of usurping the right to Victory. We are not Americans, and it is not appropriate for us to equal them. But for some reason we are equal. And our ribbons are more correct, and the victory is “poorer" or something ...

Ribbons. Stumbling block. And the subject of throwing these stones at the Kazakhs and Belarusians. Meanwhile, however much the St. George ribbon was originally a symbol of Victory. And they came up with it. In Russia. Why Kazakhstan and Belarus should follow the same course, I personally do not understand.

Tomorrow, I'm sorry, our course will change (for example), and St. George’s ribbons will be ordered to change to tricolor ones. Can this happen in Russia? Easily. After Mannerheim’s plaque and conversations of senior officials about the monuments to Krasnov, I am no longer surprised at anything. Our Majesty official decides with us. They decide to enter - they will introduce.

What should the rest do? Also change? No, all the same in national colors, since such a thing will somehow be more reliable.

Personally, I got the impression drawn from the Russian media that the president of Belarus, Alexander Lukashenko, was obliged (in that way) to ask permission to hold the parade in general. And, having not received one, again he had to not conduct it.

Hence the mass condemnation of teeth through teeth from all the Russian media. No one saw the parade as such. The main focus was that those present were without masks. Including veterans. Which will certainly become infected.

That in the comments - do not repeat at all. Solid black prophecies. The "Apocalypse" of John the Theologian rests. It is at the parade that everyone will re-strike each other and in two weeks a wave of deaths will simply sweep across Belarus.

Well, we have everything like self-isolation and masked. What's next? The third confident place in the world in the number of infected according to WHO. And what are masks? And what is under isolation?

But nothing. This is so with us, this we have the right. The rest do not have. No matter what.

Therefore, colleagues from TASS fell to the point that “Lukashenko held a parade.” Not the president, not the commander in chief, so, just, some Lukashenko came to Minsk, held a parade ...

Yes, actually, it is not so important, with a title, without a title. Let it be so that Alexander Grigoryevich Lukashenko held a parade in Minsk. Here, I think, more important than what I spent. And the president or commander in chief is not important. But for TASS and not such sins are found, nothing. They can.

In the same way, they behaved in Rossiiskaya Gazeta, Interfax, and Komsomolskaya Pravda. And not only there. Overwhelmed, unfortunately.

And how in the materials of the same TASS in what colors and with what enthusiasm the air parade over Moscow was described! We went over every plane that painted the sky with smoke in the color of the national flag of Russia ...

Yes, on Constitution Day, that would be appropriate. Or on the Day of Russia. On Victory Day ... Well, well, even on Victory Day the tricolor will be appropriate. Although who fought under it during that very war and who were defeated under this tricolor ... Also an interesting alignment with historical points of view.

Okay, let’s omit all these multimillion-dollar overclocking costs, aircraft resources and other expenses. Pretty pointless, because plainly no one saw this. In my city was also "aviation parade". They promised 10 aircraft, 2 just hit the cameras. There were others or not, I don’t know. I live far from the center.

But yes, it was also in the press about our heroic pilots who were not prevented by cloudy weather from holding a parade that no one had seen. More precisely, which someone was lucky to see.

In general, it’s a parade for someone, for some planes flashed in the window.

Illogical and ugly. Unworthy of the descendants of the winners.

It is clear that politics is involved here. And it is clear that Lukashenko wanted to gain political points, which is why he was very actively discussing on our part.

BUT: President Lukashenko held a parade in his sovereign republic, which was not quarantined, with operating enterprises and people who were not driven home. They had the right to do so; he exercised his right.

As for us, it seems to me personally that such an approach to assessing the actions of neighbors is somewhat inappropriate for the proud people, the descendants of the winners.

That victory was truly one at all. And the Russians, Ukrainians, Belarusians, Kazakhs, Armenians, Azerbaijanis, Uzbeks, Tatars and other nationalities of the republics of the Soviet Union did not stand at the price.

The usurpation of the right to victory, to the correctness of the celebration is not entirely worthy. And no less unworthy is it to treat those who have their own views on how to celebrate the anniversary of the Victory of the Soviet people in the Great Patriotic War.

Ctrl Enter
Noticed a mistake Highlight text and press. Ctrl + Enter
We are
A great interview with Sergey Lavrov: about Ukraine, Obama and IranWhat you didn't want to know about England
429 comments
Information
Dear reader, to leave comments on the publication, you must to register.