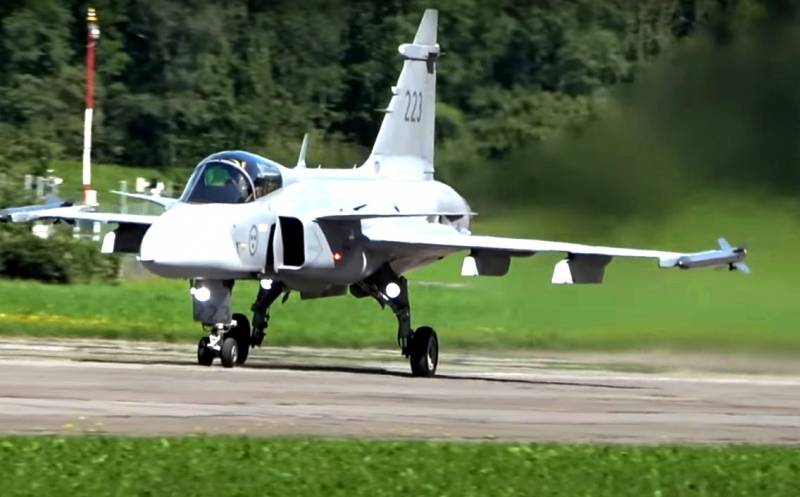 The Swedish JAS 39 Gripen is called a serious competitor to the Russian Su-35 multirole fighter. A number of Western media even claim that Gripen is superior to Su, but is it really so?


To begin with, the Swedish concern Saab, which is the manufacturer of Gripen, is extremely interested in conquering the world market of new generation fighters. But in order to realize this task, he needs to gain competitive advantages over his rivals or, if this is not possible, to convince potential buyers of the superiority of their products. And here competent PR comes into play, to which Saab has always been quite attentive.

During a visit to Finland, Commander-in-Chief of the Swedish Air Force Mats Helgesson stated that the JAS 39 Gripen would be able to destroy the Russian Su without any problems. Moreover, Helgesson said that it was Gripen that were the aircraft designed to destroy Russian fighters. Such a “remarkable” property, in his opinion, is determined by the ability of JAS 39 Gripen to jam the radio signal and thereby stealthily enter the line of attack.

British military expert aviation Justin Bronk of the Royal United Institute of Defense Research also praised the Swedish aircraft, arguing that thanks to advanced electronic warfare, the Gripen is superior to all other modern fighters. Concern Saab, striving to surpass the competitors, chose not the development of stealth technologies, but the development of electronic warfare equipment: you can always upgrade them without rebuilding the entire aircraft.

Indeed, electronic warfare is a strong point of the Swedish aircraft. But this is not enough to talk about the superiority of the JAS 39 Gripen. For example, in Syria, the Russian Su-30SM and Su-35S could not oppose anything serious even to American aircraft equipped with modern high-end airborne radars. Perhaps the survivability of the Swedish aircraft due to the use of modern electronic warfare systems will actually increase, but this does not mean that it will be able to fight the Su-35 on equal terms. 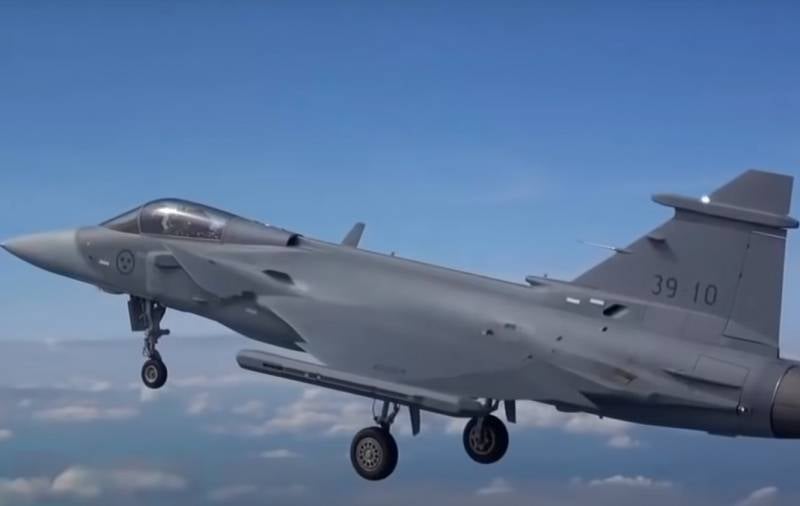 Light fighter is not a competitor to heavy

It is worth paying attention to the fact that the Swedish Air Force does not have a division into classes, so the JAS 39 Gripen is considered as a universal aircraft, which can be set for any tasks. But in fact it is a light multi-purpose fighter. As shows история air fights of the last decades, in real military operations such fighters always lost to specialized aircraft. Su-35 belongs to the class of heavy fighters.

Moreover, the plane has already been “run-in” in the conditions of real hostilities in Syria, unlike the Swedish Gripen, and it has established itself quite well there. It is worth considering that the Gripen E is much lighter than the Su-35S, inferior to it in engine thrust, it has lower flight speed and lower maneuverability.

The Swedish concern equipped the aircraft with a General Electric F414 engine, but it is also less powerful than the AL-31 used on Russian Su-27 fighters. Will modern electronic warfare equipment cover all these shortcomings?

Therefore, if we compare the Swedish aircraft with Russian competitors, it is clearly not with the Su-35, but with MiGs that are closer in class.

Finally, do not forget about another factor that is very important in any aerial combat - individual pilot skill. Russian pilots flying the Su-35 have behind them an impressive experience of real combat operations, which cannot be said about the military pilots of Swedish aviation. Accordingly, the level of skill, especially when it comes to the ability to act in a real air battle, they have a higher definition, and therefore the chances for the “Gripen” are frankly small.

It is difficult to disagree with Igor Morozov, a member of the Federation Council of the Russian Federation, who advised the Swedish Air Force not to create mythical “destroyers” of Russian aircraft, but to decide on the organization of defense of its own airspace.

Ctrl Enter
Noticed a mistake Highlight text and press. Ctrl + Enter
We are
A great interview with Sergey Lavrov: about Ukraine, Obama and IranWhat you didn't want to know about England
74 comments
Information
Dear reader, to leave comments on the publication, you must to register.