Why in Europe there was practically no partisan movement 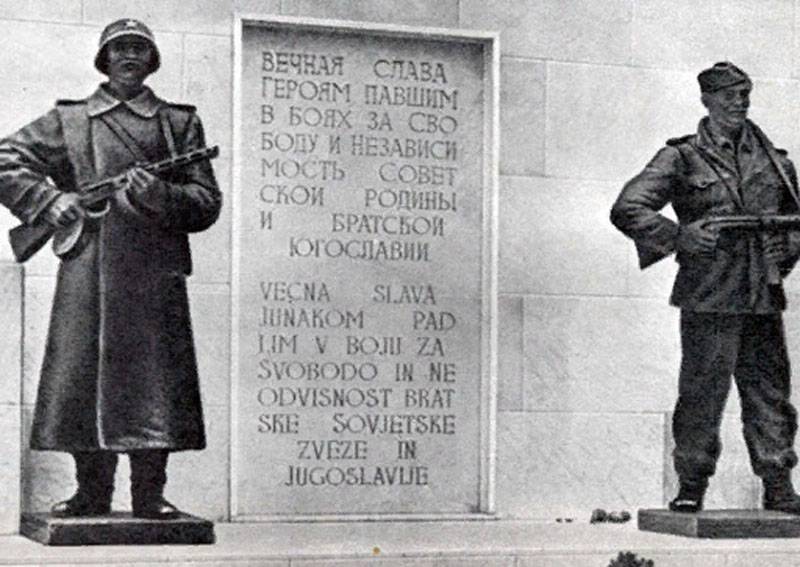 Somehow I coincided with two events that occurred during these holidays. The first event is a conversation with a foreigner who really wants to know Russia and Russians. His mother once married a foreigner long ago and went to live in the West. A young man was born there. But, unlike beautiful stories from the Internet, there was nothing Russian in his upbringing. This is a typical representative of the "democratic world."


As an adult, he began to think about one fact that he had not paid attention to for many years. His family had a holiday. Every year, on May 9, the whole family gathered at the table and congratulated Mom on her victory. They remembered her father and grandfather who died in the war. But they were not soldiers. They were partisans.

It is difficult to understand Soviet for a civilized person

History quite confusing. Therefore, I’ll miss a lot of our conversations. But there is one point that really interested me. The young man asked a simple but very deep question. Why was there no resistance movement in the USSR? Why was there some kind of underground? And then completely ...

If the partisans were not members of the warring army, but acted in the rear of the army with weapons in his hands (he said tougher-committed crimes), then they are bandits? If so, why in their family consider them winners in the war? Can a civilized society, to which he includes himself, make heroes of bandits? These are such interesting questions from a European in whose blood a piece of Russian blood fermented.

The second event is much less interesting. It is completely trivial. Yesterday my son sent me a video about a Belarusian village that few people know about, but which Khatyn had burned even earlier. This is the village of Borki, where almost all the inhabitants died. 2000 people were burned. Journalists called her the eldest sister of Khatyn.

The son sent the video without comment. Just remembering that in our family there is such an episode. More precisely, three episodes. My father, then a boy, was driven into the club three times with all the villagers, but for some reason, fortunately, they didn’t burn him ... But the men from this small village in full force left to partisan. Including my grandfather. And they beat the enemy until the liberation of Belarus.

Why did the Soviet become partisans

Indeed, why did partisan detachments spontaneously arise in the USSR almost from the very beginning of the war, but not in European countries? I’m not talking about those units of various departments that were left behind during the retreat in the rear of the Germans to organize intelligence and sabotage. Not even about the formations of Soviet and party workers, for whom caches were created with weapons and food, and which were to become the backbone of future detachments.

Most of the partisan detachments in the early days and months of the war arose spontaneously. From the encirclement, from the locals who suffered from the advancing army, from the escaped prisoners. They appeared and disappeared quite quickly. Affected by the lack of experience of guerrilla warfare, the lack of weapons and all that is necessary for the partisans. But some grew and acted quite actively.

We are used to talking about guerrilla groups as a popular movement in the occupied territory. And yet this is not so. Spontaneous units did not arise in the territories that were returned to the USSR in the late 30s and early 40s. Moreover, the activities of the NKVD detachments and groups there were extremely difficult. Difficult precisely from the attitude of the local population.

It seems to me that to answer this question, especially since it already sounds from the West, is necessary. I will voice my own point of view on this. It is the one that was voiced recently to my interlocutor.

It seems to me the whole thing is in the mentality of the population. In the lifestyle that ordinary people led then. We have been told many times that the NKVD terrorized the peasants, that people were intimidated and other “information for thought” allegedly from the opened archives of the Cheka-NKVD.

I will not dispute this information. I’ll just ask readers from the depths of the country, from Siberia, from the Urals, from Altai and other bear corners like the Far East, but do you have many repressed in your family? And why are they repressed? Of my Siberian relatives, one was repressed. And the fact that he was repressed, we learned only from the "Memorial". They planted him for 5 years under the "law of the spikelets."

Repressed? May be. But he stole something on the collective farm. And this law was adopted then. So all uneducated Siberians, my relatives believed that he was sitting for theft. Then, by the way, he fought and was repeatedly awarded. But this is a different story.

Under the "bloody Stalinist regime", after carrying out collectivization, industrialization and other socialist reforms, no matter how cruel they may be, the peasants returned to social labor. To life in society. When everyone was responsible for everyone and everything for everyone. Rich in the whole village and starving the whole village.

Those of the veteran readers who grew up in the 60-70s remember this feeling of community. When any woman could scoop some Skoda and cover her knee with green stuff if she fell unsuccessfully. Moreover, this was not only in the villages. In the same way, people lived in provincial cities. All children were supervised by all adults. And adults lived as one family.

In the territories that returned to the USSR, all this did not happen. The rigidity, even the cruelty with which collectivization was carried out in the USSR, is alien to the Baltic states, western Belarus and western Ukraine. There collective and state farms were created in a milder way. And at the time of the outbreak of war, most citizens lived as they did before reunification. Farms, manors, cuts. The individual was above the public.

Remember the basic promises of the Nazis when recruiting into waffen-SS units, the police or other units? After all, that was the main thing. They will give you land, they will give you slaves, you will be rich. Indeed, for the sake of this, volunteers went to the SS. The number of enemies of Soviet power among the traitors is negligible.

So, the conflict of personal and social was one of the main factors of everyone’s personal choice. The Soviets chose a joint struggle with the enemy. Non-Soviet simply could not do this. This is the reason for the lack of partisans in Europe.

There are two issues that must be addressed. The first is Yugoslavia and the second, a few partisan detachments in some European countries.

Yugoslavia, which paid for the victory over European fascism in our time, deserves great respect and admiration for its struggle. We call military units partisan simply because they operated in the occupied territory. The Yugoslavs themselves called themselves the army. People’s Liberation Army and partisan units of Yugoslavia (NOAU). I will immediately answer the question about the name of the army. She had different names at different times, but she did not change the essence of this.

The word "partisan" in the name of the army is an indicator of the "European character" of Yugoslavia. The fact is that in Europe there were also people for whom private property was alien. And it was these people who were, overwhelmingly, the backbone of those detachments and battle groups that operated in some countries. These were communist internationalists. In Yugoslavia, Tito was such an internationalist. It was he who created the partisan detachments that became part of the NOAU.

We could not leave it unpunished

We are in Yandex Zen
A great interview with Sergey Lavrov: about Ukraine, Obama and Iran
What you didn't want to know about England
189 comments
Information
Dear reader, to leave comments on the publication, you must to register.