Attempts to combine a steam engine with an airplane 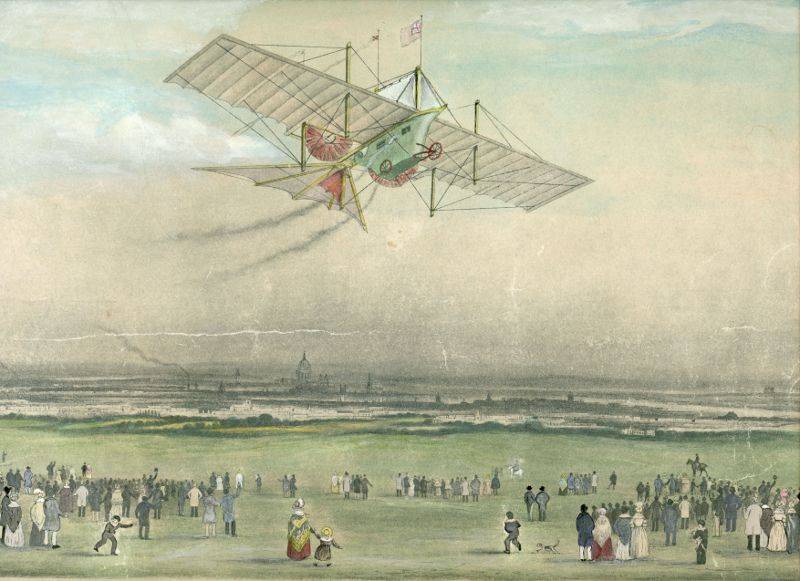 More recently, the steam engine was the most common source of energy on the planet. Steam engines were installed on land vehicles - prototypes of the first cars, set in motion trains and ships, provided the operation of pumps and machine tools. Steam energy and steam engines were widely used in XNUMXth century industry. It is not surprising that over time, the idea to build an aircraft with a steam engine penetrated the heads of designers. However, the process of building a password turned out to be difficult and thorny.

Genesis aviation accounts for the beginning of the XIX century. It was at the turn of the XVIII-XIX centuries that the first concept of an aircraft was proposed. This concept was made by the English naturalist George Cayley. It is Kaley who is considered one of the world's first researchers and theorists in the field of creating aircraft heavier than air. The first studies and experiments to study the aerodynamic characteristics of the wing Kayli began in 1804, in the same year he made a model of a glider of his own design. According to him, the glider could overcome by air no more than 27 meters. From 1809–1810, the UK’s first monthly scientific journal, Nicolson's Journal of Natural Philosophy, published George Cayley's work, On Air Navigation. This was the first published scientific work in the world, which contained the fundamental principles of the theory of flight of gliders and aircraft.

It is no coincidence that it was in Great Britain closer to the middle of the XNUMXth century that they tried to build the first aircraft, more precisely, a password, because it was planned to install a steam engine on the model as a power plant. The idea of ​​building an unusual aircraft belonged to the British inventor and pioneer in the field of aviation, William Samuel Henson. Together with another British inventor, John Stringfellow, Henson developed the world's first aircraft project, which took into account all the basic elements of a classic propeller-driven aircraft.

The designers called their offspring "Aerial Steam Carriage" (Aerial Steam Carriage). A patent for the invention was obtained in 1843, in the same year the inventors and their partners registered a joint-stock company called Aeriel Transit Company. The designers created the first model of their “air steam crew” in 1843. It was a six-meter aircraft, on which a steam engine with a capacity of only 1 hp was installed. 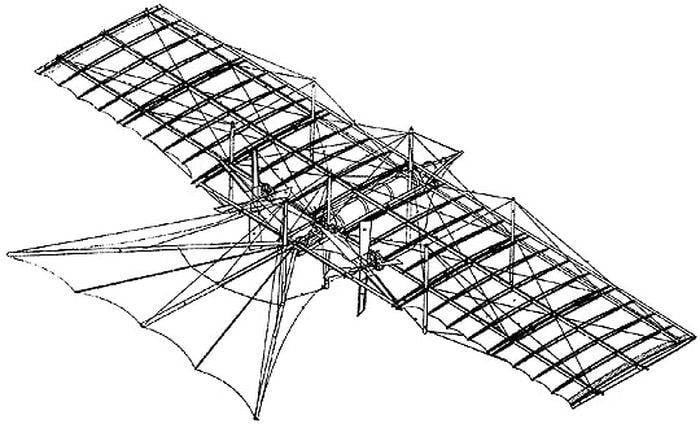 The model that Henson and Stringfellow tested
The design of the wing of the password, which was presented by Henson and Stringfellow, contained elements that in the future will be used in aviation: spars, ribs, struts with braces. The wing of their password, like modern aircraft, had a thickness. At the same time, the wing spars were designed by holders, which was supposed to facilitate the design of the aircraft. The wing itself was attached to the hull of the aircraft from above; it was planned to place the engine, crew and passengers in the hull. The power plant was supposed to set in motion two pushing propellers. The chassis of the aircraft was planned three-wheeled, with one nose wheel.

At the same time, the idea of ​​the designers was too bold, not only by the standards of the middle of the XIX century. The technical characteristics of the air steam crew were up to par. The flight was supposed to carry by air up to 12 people at a distance of up to 1600 km. At the same time, the wing span of the model was estimated at 46 meters, and the wing area - 424 m², the diameter of the screws - 6 meters. The power of the installed power machine was estimated at 30 hp. It was believed that this was enough to provide an aircraft with a maximum take-off mass of 1360 kg at a cruising flight speed of 80 km / h.

In fact, it all ended with tests of a smaller model, which continued with varying success from 1844 to 1847. All this time, the designers made a large number of changes to the project, changed the parameters, altered the airframe, and also looked for an increasingly powerful steam engine. Despite the efforts of British naturalists, they failed over and over again. This was mainly due to the complete lack of world experience in the field of aircraft construction. Both Henson and Stringfellow were pioneers who made only the first timid steps in a new field, faced with a huge number of difficulties. In 1847, all work on the project was finally discontinued.

In Russia, Rear Admiral Alexander Fedorovich Mozhaysky, “the grandfather of Russian aviation,” not only a famous military figure, but also an inventor, picked up the idea of ​​building an aircraft with a steam engine. Mozhaisky was engaged in research and invention as during his service in the Russian imperial navyand in the civil service. The inventor finally came to the idea of ​​building his own aircraft, by 1873. Having completed his plan by the end of 1876, Mozhaisky presented the project to the Ministry of War, where the project was reviewed and funding was allocated for its implementation. In particular, three thousand rubles was spent on scientific research and research, the results of which could be further used to create a new aircraft. 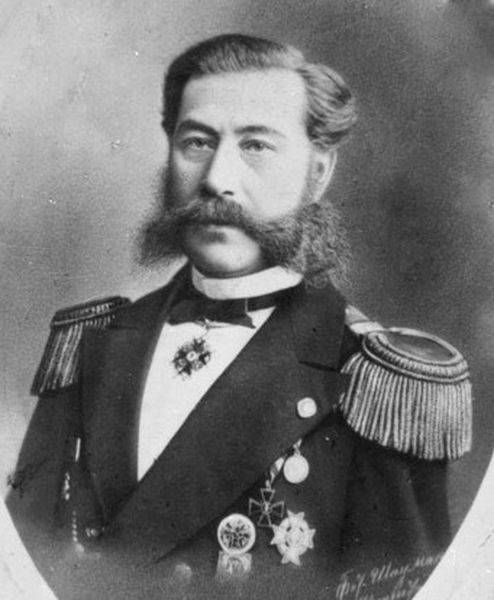 Alexander Fedorovich Mozhaysky
When developing his version of the aircraft, Alexander Mozhaysky, like many other pioneers of aeronautics, relied primarily on the design and flight qualities of kites, which he personally designed and launched over the course of several years. Mozhaysky rightly believed that a heavy and slow aircraft should have a large area wing. At the same time, like other inventors of aircraft, Mozhaisky went through trial and error, many times changing the design and characteristics of his aircraft options.

According to the project, the aircraft was supposed to have a fuselage length of about 15 meters, wingspan - 23 meters, take-off weight of 820 kg. Moreover, the size of the aircraft varies in various studies of specialists in the field of aviation. The fact that Mozhaisky wanted to equip his aircraft with two engines of 20 hp at once remains unchanged. and 10 hp In this case, initially it was a question of internal combustion engines, which had just begun to emerge. The estimated speed of the aircraft was to be about 40 km / h. The low flight speed forced the designer to build an aircraft with a very large wing area of ​​the original shape. Externally, the aircraft of Mozhaisky’s design was a brace monoplane made according to the classical aerodynamic scheme.

Quickly enough, the designer was forced to abandon the internal combustion engine, since the first such engines were extremely unreliable and had a lot of weight. Then Mozhaisky decided to return to the classic steam engines for his era. On his password, he planned to use the most lightweight steam engine models of Arbekker Son & Hemkens from London, which had an excellent reputation and managed to establish itself as a manufacturer of lightweight steam engines used on destroyers. 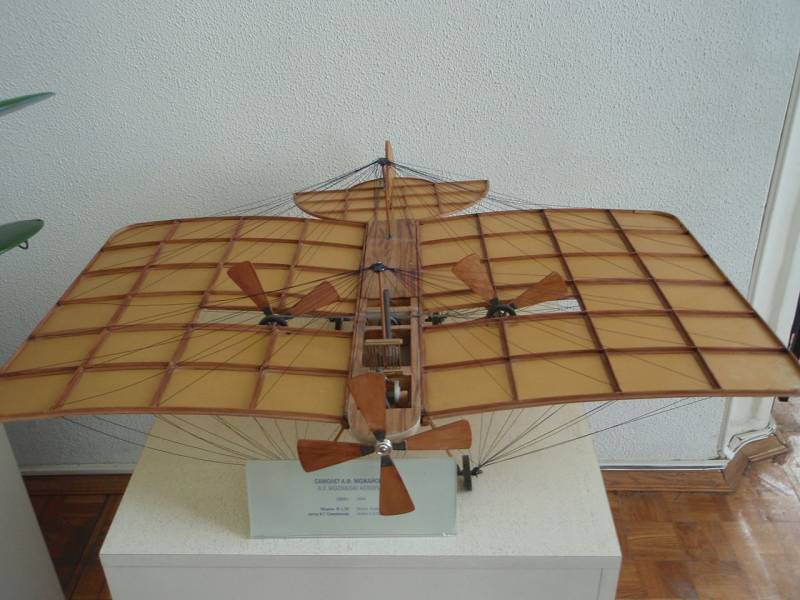 Mozhaysky airplane model, State Polytechnical Museum in Moscow
The first model of the aircraft was ready in 1882. But the tests were unsuccessful. Alexander Mozhaysky, like many aviation pioneers, could not rely on anyone else's successful experience, in those years of world aircraft construction simply did not exist. The designer did not supply his password with devices against side rolls, since he did not consider them necessary. As a result, the plane, not even having time to rise to the sky, landed on its side, and its huge area’s wing simply “formed”. The subsequent three years of work to finalize the design led to nothing, the tests in 1885 again failed, the plane again landed on its side. On this история This aircraft ends, and in 1890 the designer himself passed away.

In the end, the first steam plane, which was able to fly into the sky and made a full flight, was built only in the 1930th century. This happened in the 1933s, when considerable experience in the field of aircraft construction was already accumulated in the world. Launched in 2000 in a single copy, the Airspeed 1936 did not just fly into the air, but was in active use, at least until 1936. An unusual plane worked at the US Post Office, but after XNUMX his life path was lost.

The first flying password was built by American brothers inventors George and William Bessler with the direct assistance of engineer Nathan Price. The novelty was demonstrated on April 12, 1933 in California in the city of Auckland and was widely covered in the American press. In appearance it would be the most ordinary plane of those years. This is not surprising, since the brothers simply took as a basis the serial biplane Travel Air 2000. The power plant itself was unusual. The aircraft, called Airspeed 2000, equipped with a powerful steam engine. 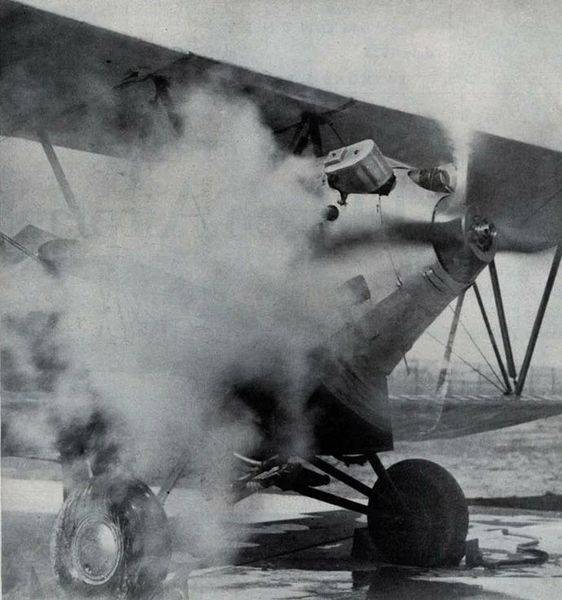 Airspeed 2000
The heart of the car was a V-twin-cylinder steam engine delivering a maximum power of 150 hp. With a tank with a total capacity of approximately 10 gallons, the Bessler brothers' aircraft could fly about 600 km. At the same time, the steam engine weighed even less than standard gasoline internal combustion engines - 80 kg, but a water tank with a firebox was added to the weight of the power plant.

The plane easily flew into the sky in 1933 and was subsequently in operation. The car had no problems with flying. At the same time, journalists appreciated the quiet operation of the aircraft engine, noting that the conversation between the pilot and the passenger could be heard even from the ground. The noise was created only by the whistle of a propeller chopping air. In addition to a quiet flight, the aircraft had other advantages, for example, the use of water instead of gasoline. Also, the power of the steam engine did not depend on the flight altitude and the degree of rarefaction of air, which was a problem for all aircraft with internal combustion engines. For example, at an altitude of more than two thousand meters, the steam engine on the Airspeed 2000 became more efficient than gas engines of the same power. 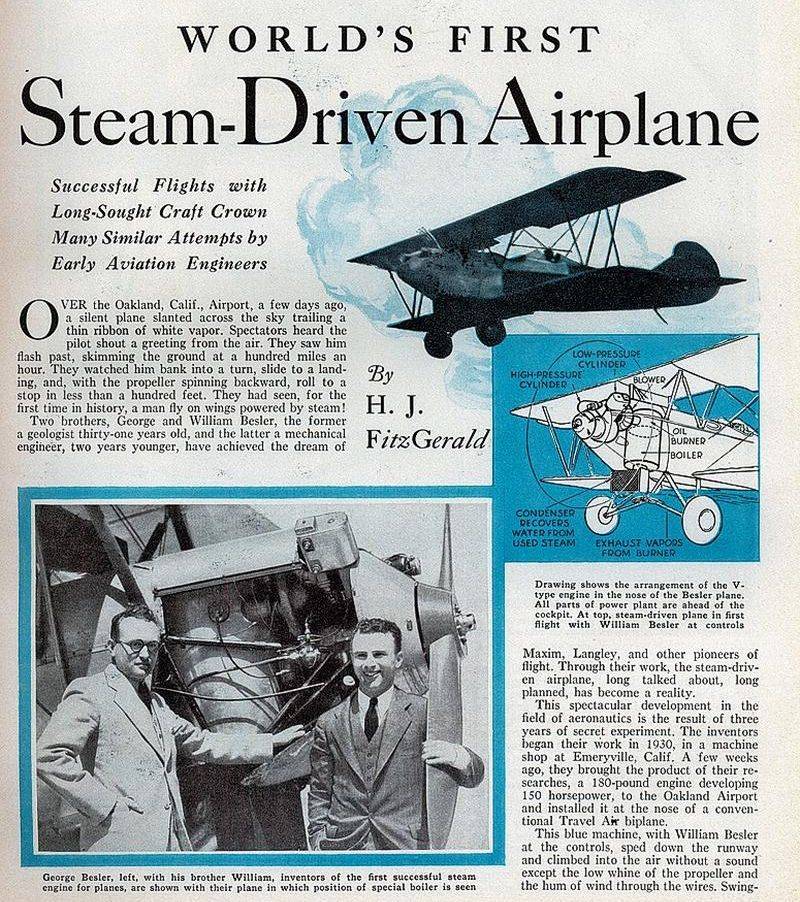 Despite its advantages, the Airspeed 2000 did not interest civilian customers or the US military. The future was for aircraft with internal combustion engines, and the Bessler brothers' biplane looked like a curiosity from the XNUMXth century, although with an obvious set of advantages. The disadvantages still outweighed. In terms of efficiency, the steam engine was inferior to internal combustion engines. It was necessary to use ultralight materials in the aircraft structure to compensate for the weight of the massive water boiler. Not allowed to compete with aircraft with internal combustion engines and a shorter flight range. And even such an obvious quality as noiselessness, which could be used to create reconnaissance aircraft or bombers, did not attract representatives of the military department.

Ctrl Enter
Noticed a mistake Highlight text and press. Ctrl + Enter
We are
Pilot aircraft Lockheed XFV-1 (USA)An-12 in Afghanistan
44 comments
Information
Dear reader, to leave comments on the publication, you must to register.